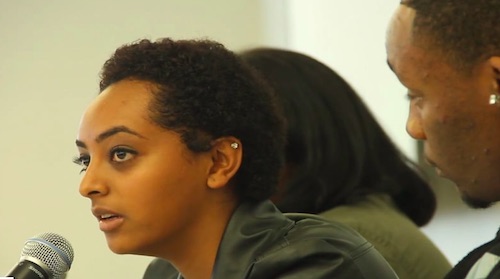 Posted at 18:18h in Youth by RPadmin 0 Comments 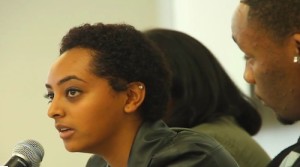 Liberty Dycus, 23, who was adopted from Ethiopia as a child, ended up in foster care after being abused. She says that when she emancipated at 19, she “never felt more alone.”

She wishes there had been “someone who’d said, ‘Let’s make a plan for you. Let’s get you in the right direction.’” Instead, like some other former foster youth during their transitional years, she became homeless.

She eventually went into transitional housing, and was able to find a job and go back to school. But, she says, “I’m still learning. It’s hard to know the right move to make at 21.”

Reforms to the foster system have gone into effect in California since Dycus emancipated, which might have smoothed her transition to adulthood – Assembly Bill 12 now lets youth stay in foster care until age 21.

Reforms like AB 12 work toward a better safety net and more stable situations for these youth, notes Brian Blalock, founder and director of Bay Area Legal Aid’s Youth Justice Project, “so they can make decision and make mistakes.” Youth make mistakes as a natural part of growing up, but for many youth in the system, Blalock says, a mistake is a luxury they can’t afford.

Blalock spoke at a forum organized by New America Media, with support from the Zellerbach Family Foundation, along with a panel of youth like Dycus who came to share stories of what issues they’ve encountered during their years in the system and transitioning to adulthood.

Even with changes like AB 12, the picture for many youth remains harsh. Out of 290 youth sheltered at DreamCatcher, an emergency youth shelter in Alameda, 29 percent reported housing instability or homelessness among their parents or guardians; 37 percent of female clients reported having experienced sexual exploitation; and 37 percent reported the occurrence of domestic violence in their family home. Some 50 percent of those accessing help at Bay Area Legal Aid reported at least one mental health diagnostic, and most were disconnected from treatment.

Jamie Lee Evans, Director of Trainings at California Youth Connection, who herself was a foster child in the 70s, said that often “mental health problems come up after we emancipate.”

“High-functioning youth start to fall through the cracks, when we are no longer just survivors,” she says. “When you make sure you have enough food to eat, make sure not to get assaulted, not get pimped on the street, you are in survivor mode.” But when stability comes, she says, underlying mental health issues can come to the surface.

Ayanna Rasheed, 21, spent her teen years in juvenile hall and group homes. “I first went into the system when I was about 2, got adopted at 4, then reentered the system at 14 when I got arrested [for stealing],” she says.

Rasheed says that when she turned 18 she wasn’t ready to be on her own, and she ended up on the street. “I had to learn to take responsibility for myself,” she says. She struggled to find resources and wishes that she’d had more preparation for adulthood. “If I got help at 14 it would have helped me when I was 18. Someone should have been able to help me along the way, from high school on, and I would have been okay.”

DeAndre Byrd got into trouble when his family moved to Vallejo from Oakland, where he used to attend church. When he was very young he got involved with a gang. “I started robbing houses, cars, people. I started doing things that I didn’t do in Oakland,” he says. He assaulted a student in high school and ended up going in and out of juvenile hall. Things began to turn around when he was placed in a group home that he says taught him to take responsibility for his actions.

Because of AB 12, he now has his own housing, and is going to community college In East Contra Costa. “I never thought I would be in college. I feel good now. I look back [at my old self] and think ‘Who’s that kid?’” He prays every night now, he says, and he aims to become a youth counselor.

Erin Palacios, a staff attorney in the youth justice unit at Bay Area Legal Aid, says that “it’s not the actual story [of the foster children] that surprises, but that they’ve been telling these stories for such a long time – to ask for something they knew they needed to make things better. But we, as a society, are not listening.”

“Young people are the best judge of their situation, and we’d do a better job if we listened to them,” she says.