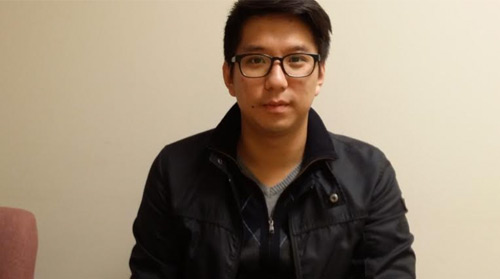 02 Mar DACA Gives Korean Immigrant a ‘Shot in the Arm’

Posted at 19:46h in Immigration by RPadmin 0 Comments 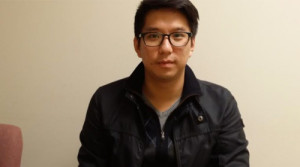 OAKLAND, Calif. – Somewhere, in some corner of his mind, 25-year-old Brian Cheong was aware since he was in middle school that he, like the rest of his family, was undocumented.

But school in Baltimore, Md., was exciting for the Korean immigrant. He studied hard, honed up on his leadership and oratorical skills in high school, and became a bandleader. Being undocumented didn’t seem to matter – at least not until he began applying to colleges in the Bay Area, where he, his sisters and his parents moved soon after he graduated from high school.

Cheong had graduated at the top of his class in Baltimore, but here in the Bay Area, college after college turned down his application for in-state tuition. He finally enrolled in De Anza Community College in Cupertino, working part-time as a cashier in local restaurants to help with tuition. The college fees, he said, were not exactly affordable, but they were “manageable.” His father’s salary as a pastor at a small South Bay Korean church, and his mother’s job as an announcer at a Korean radio station barely covered his tuition.

“I began to wonder whether going to school in the U.S. all these years and achieving so much was worth it,” Cheong said. “I felt this country was punishing us for just being here.”

An uncertain future and what he perceived as the “unfairness of life” pushed him into a deep depression. And the fear of possible deportation dogged him.

Then, in 2013, he and his younger sister, like hundreds of thousands of youngsters nationwide, got a deportation reprieve under the Deferred Action for Childhood Arrivals (DACA) program announced by President Obama the previous year. DACA was being offered to undocumented youth who had come to the United States as children and had lived here continuously for at least 10 years. At the time he applied for DACA, he had lived in the United States for 11 years.

As a DACA recipient, Cheong got a social security number, a driver’s license and work authorization. It was like a shot in the arm.

It gave him the confidence to move out of De Anza and enroll in San Francisco State, where he has signed up for four units per semester. The transfer means he would take a couple more years to graduate, but it allows him to hold on to his current job as program associate with the Korean Community Center of the East Bay in Oakland.

Cheong recently got accepted into MAVNI (Military Accessions Vital to the National Interests), a federal program that allows DACA recipients with such in-demand skills as language or medical expertise to join the military in exchange for expedited U.S. citizenship, something that was not otherwise available to DACA recipients. He has opted for non-active service, which requires him to go to a training base one weekend a month. That will allow him to continue going to SF State and earn a degree in international law.

Once he gets his U.S. citizenship, he said, he plans to petition his parents and sister for a green card so they can be “rewarded” for all of their hard work in the United States over the last 11 years. One of the benefits of having a green card is that they can get health insurance, something they haven’t had since coming to the United States.

Cheong recalled how his mother had to have emergency surgery on her throat after it became infected about six months ago. For almost a week, she had tried unsuccessfully to cure herself with over-the-counter medications. He has vowed to make sure that they have access to health care once they get their green card.

“Nobody should go through what my mother did just because they don’t have health insurance,” Cheong said.

In the meantime, Cheong plans to continue reaching out to the Korean community to encourage eligible immigrants to apply for DACA. Research indicates that the national DACA application rate of Asian Americans and Pacific Islanders is disproportionately low.

“I just don’t understand why the Asian and Pacific Islander community doesn’t realize that DACA can improve their lives,” Cheong said.

This profile was produced for New America Media in collaboration with Ready California (Ready-California.org), a statewide coalition working to ensure that the maximum number of eligible Californians benefit from DACA and DAPA. For more information about how to apply for DACA, go to: www.ilrc.org/daca.