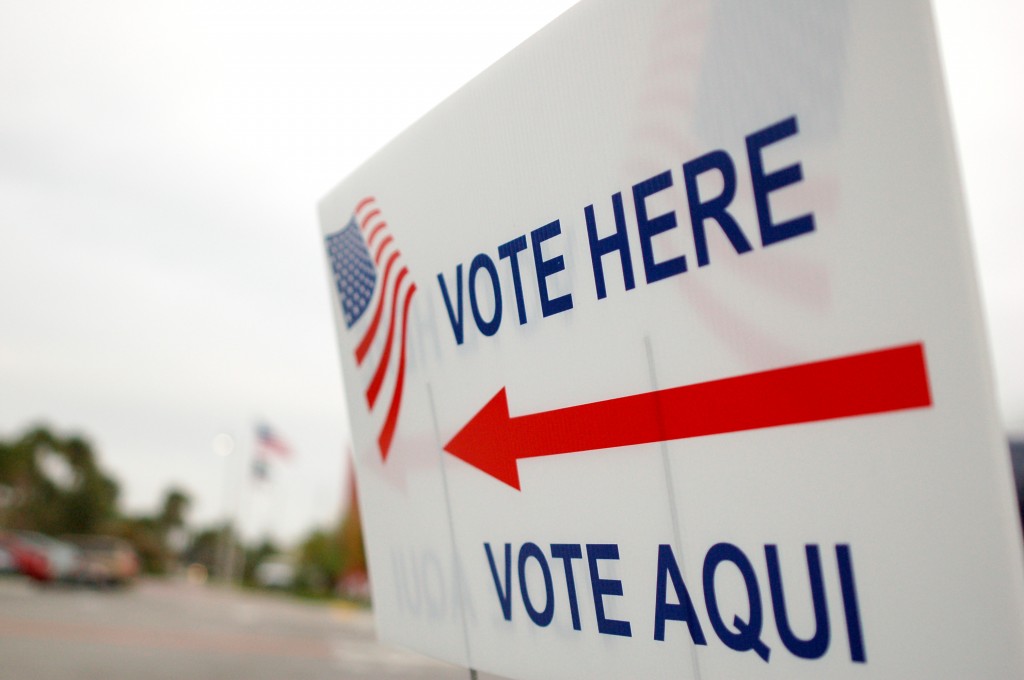 Posted at 22:23h in Politics by RPadmin 0 Comments 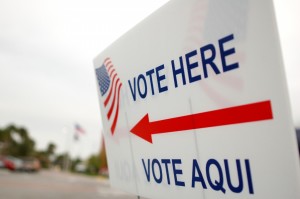 It was 9:30 a.m. on a Saturday. Even before the doors to the Catholic Charities office in Richmond opened, a large group of people had already surrounded the entrance. They were waiting for a free workshop where attendees could get help filing their applications for citizenship. At 10:00 a.m., the doors opened and about 65 attendees took the first step toward becoming citizens. The citizenship workshop attracted a diverse group of applicants including Southeast Asians, Africans and East Asians, but the majority were Latinos.

Latinos are among the largest growing demographic in the United States. In California alone, Latinos outnumbered whites (14.99 million Latinos to 14.92 million whites) as of July 2015. It is estimated that by 2050, Latinos will account for 28 percent of the U.S. population. A growing Latino demographic bears the question: what political power will Latinos yield in 2016? The capped attendance at the citizenship workshop in Richmond suggests it could be significant.

At the citizenship workshop, the wide range of individuals in attendance represented some of the larger shifts in Latino voting.

Michael Alonzo, 22, a student from St. Mary’s College, was one of the many bilingual volunteers at the workshop. At the Catholic Charities workshop, Alonzo was an application screener, where he asked applicants questions to determine their eligibility to naturalize. As a member of the Catholic Institute for Lasallian Social Action, Alonzo is a regular volunteer for voter registration drives.

Alonzo himself is planning to vote in November 2016. He says he is outraged by the current xenophobia and racism in the 2016 presidential campaigns.

“I think people fail to see [the facts] and jump on their prejudices and allow that to fuel their need to get rid of all the immigrants,” says Alonzo, about the campaign of Donald Trump, who has been endorsed by white supremacists.

Alonzo says he is excited to vote and support his preferred candidate.

“I’m a big fan of [Democratic presidential hopeful] Bernie [Sanders] for the social justice perspective he brings to the table, and especially for not taking money from corporations and banks,” says Alonzo.

Alonzo represents a formidable sub-group within the Latino electorate: Millennials. A study by the Pew Research Center found that the largest source of potential growth for the Latino electorate could come from Latino millennial voters. Of the record-breaking 27.3 million Latinos eligible to vote in 2016, Latino millennials account for nearly half of eligible voters (44 percent) or 11.9 million. Some 3.2 million Latinos alone tuned 18 between 2012 and 2016. The number of Latino youth in the country is so large that they are expected to dominate Latino voting for the next two decades.

New Citizens Can Leave a Mark

Teresa Garcia, 61, made the early morning drive from her home in San Leandro to Richmond for the free citizenship workshop. She sits in a row waiting for the next available application screener. Garcia, a legal permanent resident for 15 years, wants to become a U.S citizen.

“I would like to have all the benefits that the U.S. government provides its citizens,” she says in Spanish.

According to a study by the Pew Research Center, 1.2 million Latino immigrants have naturalized between 2012 and 2016. In what has been dubbed the “Trump effect” this year by political pundits, concerned over Donald Trumps anti-immigrant remarks have prompted some immigrants to become U.S. citizens.

“During any election we see a surge, but especially during a presidential election, and this one is a pretty important one,” says Christopher Martinez, chief program officer for Catholic Charities of the East Bay.

Catholic Charities of the East Bay is one of nine community organizations that provide free citizenship workshops as part of the East Bay Naturalization Collaborative. The collaborative formed over four years ago to encourage eligible permanent residents living in the East Bay to become U.S. citizens. To be eligible for U.S. citizenship, legal permanent residents, also known as green card holders, must be 18 or older at the time of applying, have had their green card for at least five years, and have continuous residence in the United States.

“It is estimated there are about 100,000 eligible green card holders living in the East Bay,” says Martinez. The collaborative is based in Contra Costa and Alameda counties, but is open to serving anyone. In past workshops, residents from as far away as El Dorado County, on the border of California and Nevada, have attended.

During the recent Richmond workshop, the multiple stations included a screener interview to assess eligibility, an orientation about the naturalization process, fee waiver assistance, one-on-one application review by an immigrant attorney, and final application packaging.

With the November elections approaching, the number of people who become U.S. citizens and register to vote could have an impact.

“Right now the [naturalization] process is taking four to six months. If people apply this month or next month, they should hopefully be citizens by the fall, [and have time to register to vote] before the election,” says Martinez of Catholic Charities.

Teresa Garcia makes her way into the fee waiver assistance station, getting closer to finalizing the preparation of her application. Asked if she plans on participating in the upcoming election, she replies, “I will think about it once I get my citizenship.”

The number of eligible Latino voters could have an enormous political impact.

That is, if they decide to vote.

In the 2012 presidential vote, the Latino voter turnout rate was at an underwhelming 48 percent, falling far below African Americans (66.2 percent) and whites (64.1 percent). According to Census Bureau data, in 2012, 23.3 million Latinos were eligible to vote. Yet, while a record 11.2 million Latinos voted, 12.1 million Latinos chose to not vote in 2012.

Pundits sometimes refer to the Latino population as the “Sleeping Giant,” a reference to Latinos’ massive population gains and potential voting power.

Their voting power is not only significant in the presidential race. It can also influence the outcome in local elections. In Richmond, four ballot initiatives are now being considered – on issues ranging from rent control and just cause eviction policies, to funding for Richmond youth – that deeply impact Latino residents in Richmond.

Marcos Bañales is co-chair of the Richmond Progressive Alliance steering committee and co-founder of Somos Latinos, a grassroots organization advocating for Latino representation in Richmond. He seeks to capture any enthusiasm stemming from the presidential race, and engage voter residents in local city politics, particularly eligible Latino voters who don’t vote in either local or national elections.

“My experience in working with Latinos in Richmond is that we have a lot of Latinos who came as immigrants and became citizens, average age 50 to 60 years old, but don’t vote. In one-on-one talks, they tell me, ‘Politicians always promise a lot of things but nothing changes, so why worry about it?’ I think they have a mentality of the corruption from Latin America, and to be able to change their mentality is very hard,” he says.

Hipolito Pastrano, 57, a Richmond resident and U.S. citizen since 1986, accompanied his wife and daughter to the citizenship workshop. Pastrano’s wife and daughter want to become citizens and participate in the upcoming election. He, on the other hand, has never voted and doesn’t plan on voting anytime soon. In his opinion, presidents and politicians since the 1986 Immigration Reform and Control Act have neglected to fix the immigration system, yet often expect a vote from Latinos by holding out the promise of reform.

“They only look for the vote. They sit in power, promise what they will do different and it’s always the same result,” says Pastrano in Spanish.

The same can’t be said for Latino youth. The voter turnout rate of 18 to 24-year-old Latinos decreased between 2008 and 2012 by 4.6 percent. But with such high numbers of Latino youth entering eligible voting age, advocates say they have the potential to make a difference.

In a year when violence against communities of color, anti-immigrant rhetoric, and social inequality have intensified, citizenship workshops, voter registration drives, and the encouragement of Latino voters to find their way to the ballot box will be more critical than ever leading up to November.

“We need to start campaigning here in Richmond, and [capitalize on] the enthusiasm from the young people,” says Bañales.