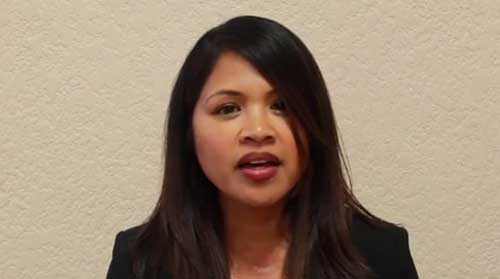 10 Mar Immigrants Encouraged to ‘Take Action’ — Apply for DACA, Get Ready for DAPA

Posted at 16:31h in Immigration, Youth by RPadmin 0 Comments 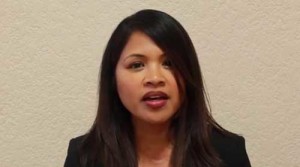 Pictured above: Joyce Noche, directing attorney at the Public Law Center, said immigrants should seek out trusted service providers to see if they are eligible for the current DACA program or other forms of administrative relief. Photo: Michael Lozano / VoiceWaves

ANAHEIM, Calif. – Immigrant rights advocates are encouraging families to get ready for the possible implementation of two programs that could go into effect later this year. Both programs provide beneficiaries with temporary relief from deportation.

Even with the death of Supreme Court Justice Antonin Scalia in February, advocates say a ruling on one of the big questions before the Supreme Court – whether Obama’s executive actions on immigration will finally go into effect – remains up in the air.

Both programs have been on hold ever since they were announced in November 2014. Their fate now rests with the U.S. Supreme Court.

The Supreme Court is expected to hear Texas v. United States in April and announce its decision in June. If it decides in Obama’s favor, the two programs could go into effect, possibly by late summer or early fall.

In the meantime, legal experts, advocates and DACA recipients say there are steps that families can take now to get ready for their possible implementation – and take advantage of programs that are currently available.

The litigation does not affect Obama’s original DACA program announced in 2012, which remains in effect.

Joyce Noche, directing attorney at the Public Law Center, encouraged immigrants in Orange County to seek out trustworthy service providers to see if they might be eligible for the current DACA program or other forms of administrative relief. Noche spoke at a media roundtable in Anaheim organized by New America Media and Ready California, a statewide coalition working to ensure that the maximum number of eligible Californians take advantage of DACA and DAPA.

Noche told reporters that while no one knows how the court will rule, a majority of law professors believe the president was within his power to announce his 2014 executive actions on immigration.

“We believe these programs are perfectly legal and will also be upheld,” said Hairo Cortes, program coordinator of Orange County Immigrant Youth United, who said that families should start preparing now for their implementation.

Residents can start gathering documents that prove they have been living continuously in the United States, he said. Those who have had contact with law enforcement can visit a trusted legal service provider to inquire about what is on their record.

Undocumented immigrants who came to the country as children should continue to apply for and renew DACA, said Cortes. DACA recipients who meet income requirements are eligible for full-scope Medi-Cal, California’s health care program for low-income residents.

For Avila Medrano, 23, DACA allowed her to get treatment for several health problems though Medi-Cal. When she was hospitalized recently, Medrano was able to get Medi-Cal to cover her hospital stay, medicines, and visits to doctors.

“When DACA came around, I saw hope,” said Medrano.

“He told me I could work legally and there’s a program called DACA,” said Lee. “I didn’t believe it but I needed help. So I applied for DACA and it went through.”

Lee, who is now able to work legally, also said he now feels freer because of DACA. He explained that as a breakdancer, he used to be embarrassed to have to present a passport in order to enter a nightclub. Now he can use his ID to go out dancing.

Cortes said there are actions that families can take regardless of their status.

As of May 2016, all undocumented minors will be able to access full-scope Medi-Cal, so parents are encouraged to enroll their children in emergency Medi-Cal now.

Undocumented immigrants in California are encouraged to continue to apply for driver’s licenses, available to all qualifying residents regardless of immigration status, through the state law AB 60.

“We’re seeing a greater organizing effort now in New York, Chicago, people standing up against raids,” said Cortes, who noted that a recent protest in Santa Ana called for an end to deportations.

“There’s already enough fear and panic in the community,” said Perea, “that anytime the community hears about raids and [law enforcement’s] cooperation with ICE [Immigration and Customs Enforcement], the community will freak out.”

Meanwhile, Lee encouraged other undocumented immigrants in his community to see if they qualified for DACA so they could be free from the threat of deportation and be able to work legally.

“Don’t be skeptical [of applying for DACA] like I was,” he says. “Take action.”