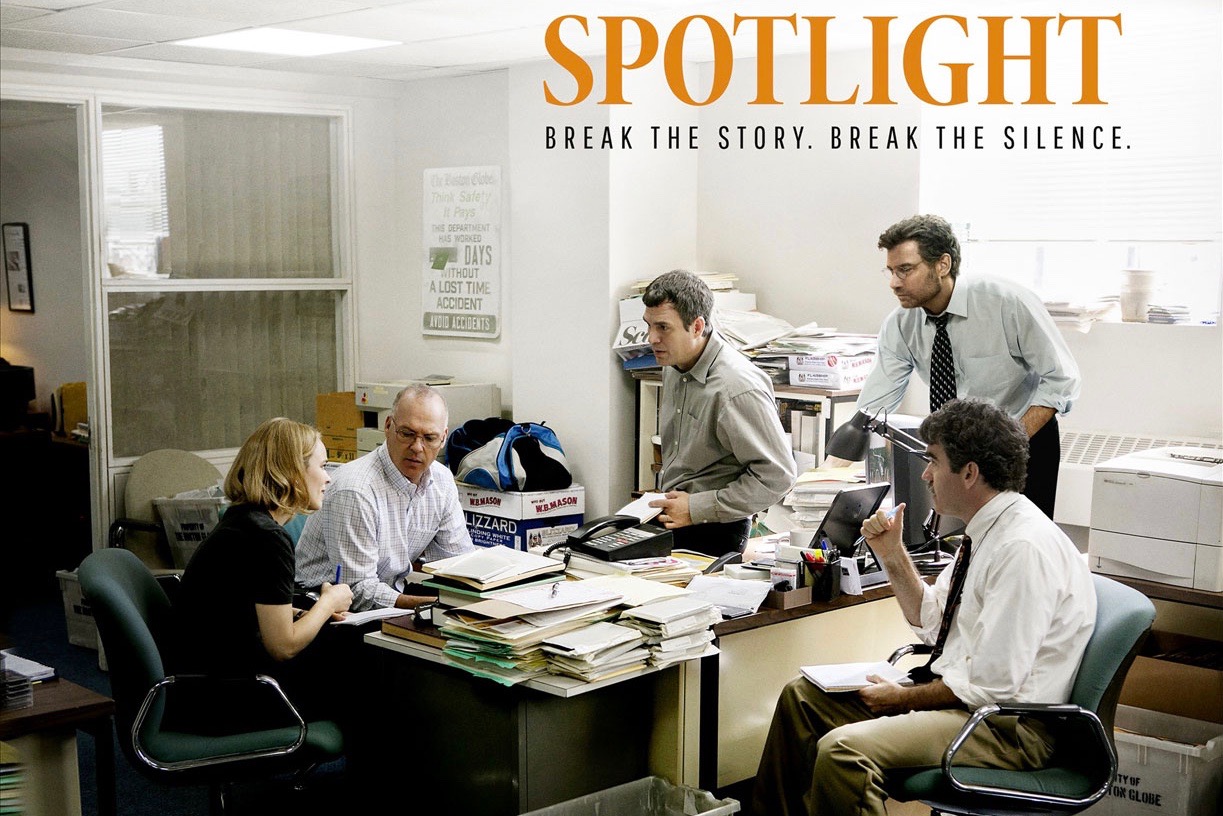 Posted at 06:42h in Arts and Culture by RPadmin 1 Comment 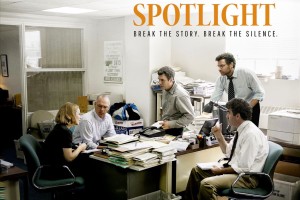 This year’s Oscar for best picture went to “Spotlight,” a film that was so controversial it had trouble getting the green light to be produced.

The film tells the true story of a team of investigative journalists from Boston who in 2002 exposed the Catholic Archdiocese’s cover-up of hundreds of cases of child molestation.

But the film also documents the beginning of a monumental change in the industry of journalism that could threaten our ability to search for truth in a corrupt society.

The win has helped extend the film showing in theaters across the nation. And it’s a film that should be seen.

Directed by Tom McCarthy and written by McCarthy and Josh Singer, “Spotlight” remained on the screenplay blacklist for several years. According to entertainment blogs such as Creativescreenwriting.com, the film was rejected by studios because of its unflinching portrayal of Boston’s Archdiocese and its role in covering up child molestation cases throughout the ‘70s, ‘80s and ‘90s.

In 2002, shortly after the Sept. 11 terrorist attacks, the Boston Globe investigative journalism team known as “Spotlight” began publishing a series of reports detailing the number of priests who had molested children, and the local Archdiocese and Catholic Church’s role in insuring that the cases never came to light. Now, for the first time, in a very public manner, the unspoken suspicions of sexual abuse within the Church were out in the open. The revelations struck a personal chord, especially in families raised as Catholic.

Yet the film tells the story from the point of view of the investigative journalists: editors Marty Baron (Liev Schreiber) and Walter Robinson (Michael Keaton), reporters Mike Resendiz (Mark Ruffalo), Sacha Pfeifer (Rachel McAdams), and Matt Carroll (Brian d’Arcy James). Writer Josh Singer said the motive behind “Spotlight” was “to tell the story while showing the power of the newsroom, something that’s largely disappeared” in current times.

“Spotlight” is a showcase of the power and importance of investigative journalism, and why its disappearance from the newspaper industry should worry everyone.

It captures our ordinary world, honing in on the corruption that touches our lives. We witness the reporters reading court documents at midnight as they wait for the train, or walking throughout Boston neighborhoods tracking down priests suspected of abuse.

The film depicts journalism as an art form in danger of being lost — and as one of the few bastions of hope where truth will always cut through deception. In “Spotlight,” the act of journalism and investigation is held in high esteem, a patriotic duty integral to maintaining the balance of power between those who have power and those who don’t. In an age where journalism is becoming muddled, with corporations playing an increasingly large role in sustaining publishing companies, it is rare to come across objective journalism that holds the powerful accountable. “Spotlight” elevates journalism as an ultimate good, and seeks to share that viewpoint with its audience by dramatizing the difficulties in publishing such a story. As viewers, we want the journalists to win because we need to believe in justice and truth. The filmmakers are cognizant of this, and their film shows how journalism – the kind that aims for justice – is quickly fading in the United States.

Concerns over the future of the newspaper industry appear in conversations throughout the film. Editors speak about the need to provide deeper journalism, to be essential to the public they serve, to address the threat posed by the Internet. When Baron decides to sue the Catholic Church for documents, his lawyer informs him that as a newspaper bought by the Times, the Boston Globe depends on its subscribers, 50 percent of whom are Catholic. Baron, as the outsider figure, chooses to rebel. The film shows that the truth is not buried because of massive amounts of bureaucratic forms; it’s buried literally by the very hands of people who can’t afford to be discovered. By the end of the film, the audience has to consider what would have been lost if it weren’t for investigative journalism.

“Spotlight” is not flashy. Each scene is tight, conveying the essential information. The acting, the pacing, the tension is subtle. Director Tom McCarthy and writer Josh Singer reportedly worked with the editor for eight months reviewing the film, eliminating unnecessary sentences or pauses. The actors themselves enmesh themselves in the story. Performances by Rachel McAdams (watch how she listens and reacts to horrifying admissions, yet remains calm), and Stanley Tucci (as a cantankerous and determined lawyer) are skillfully performed and feel real.

“Spotlight” captures a moment in American history, revealing insight into the American psyche. It’s easy in hindsight to look back and think of dark episodes and believe it’s all behind us, that the perpetrators have been exposed. But “Spotlight” argues against incriminating the individual. As Marty Baron, the editor of Boston Globe, said, “It’s about the system. Show me how systematic it is.” As the film ends, we learn that the Catholic Church privately settled those cases, and the Vatican transferred accused priests to other archdiocese abroad where accountability is unlikely. By the end of the film, a new allegation of child sexual abuse surfaces to remind viewers that the corruption and abuse continues.

At its core, “Spotlight” shows that evils are allowed to persist systematically through institutions that are intertwined with our daily lives. It makes the case to re-examine the systems of power left unchallenged, and the way those systems have become a bedrock of our identities and beliefs. According to the film, journalism is a viable and, perhaps, the only tool to challenge corruption. Despite the evils that continue in our society, “Spotlight” shows us that the American public is hungry for truth and encourages us to always seek justice.