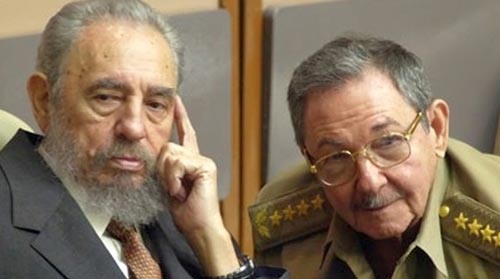 Posted at 22:16h in International Affairs, News by RPadmin 0 Comments 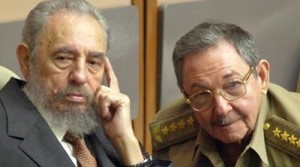 When President Barack Obama left Havana last week, the one thing that was noticeably absent was any discussion of trade. There were many promises of “moving forward” on commercial deals, but promises are not negotiations.

Why isn’t Cuba opening up?

Since the Obama administration announced its new policy on December 2014, almost no new economic deals of substance have been made—despite the fact that thousands of American executives and entrepreneurs have made their way to Havana eager to strike a deal.

In one word: Fear.

Fidel and Raúl Castro are afraid of how history will remember them. They have, of course, long given up the dream of creating a socialist paradise under the tropical sun, although Fidel himself recently blamed the United States for torpedoing his dream of creating socialism in Cuba. He insisted, “We don’t need the empire to give us anything.”

That dream, to be fair, really died when the Soviet Union dissolved and Moscow’s subsidies to the Caribbean island nation ended. That hope was buried along with the passing of Hugo Chávez—and Venezuela’s economic lifeline was cut off when the global oil price collapsed.

Agreeing to reestablish diplomatic relations with the U.S. was an act of capitulation—and mounting pressure by the Cuban people, as tens of thousands of them voted with their feet and joined the vilified status as “exiles” along with millions already living in the Cuban diaspora.

The fear government officials voice is not that the Communist Party will lose its grip on political and economic power one day. The Castro brothers are not blind to the way the world has changed. Communists have been ousted from power in countries around the world. And barring an uprising in which the government collapses, Cuba will reengage with the U.S.—and capitalism—on its own terms.

What concerns the Castro brothers is not the return of capitalism, but their legacy: What will they have left their people?

A hundred years after his death, 19th century liberator and poet José Martí is revered as the father of Cuban independence. A hundred years from now, what will the Cuban people remember of the Castro brothers?

A failed socialist experiment will, a century from now, be seen as an aberration in Cuba’s history, hardly a legacy worthy of Fidel and Raúl, men whose egos and vanities rival Donald Trump’s.

At this point, there is only one thing that can redeem their time in power: the U.S. relinquishing Guantánamo to Cuban authority.

Cuba’s position on Guantánamo is clear: It belongs to Cuba and the U.S. occupation is a violation of Cuban sovereignty. As recently 2013 Bruno Rodríguez, Cuba’s Foreign Minister condemned the continued U.S. occupation of the base before the United Nations Human Rights Council. He described Guantánamo as “usurped territory,” an illegal possession as a consequence of the Spanish-American War of 1898.

It is a matter of pride for every Cuban—whether in Havana or Miami—that, in the same way the U.S. returned the Panama Canal to the Panamanians, the U.S. should now return Guantánamo to the Cuban nation.

That is what Raúl Castro wants—which he reiterated during the joint news conference he held with President Obama in Havana last week.

Americans don’t understand how pivotal the return of Guantánamo is in facilitating the “opening” of Cuba. American commentators focus on the embargo—which can only be lifted by an act of a divided Congress, and may only happen well into the administration of Obama’s successor.

Lifting the embargo is complicated by the requirement that Cuba compensate U.S. companies and citizens for properties expropriated by the revolutionary government. Adjusted for inflation, this is now estimated to be just under $8 billion dollars—which Cuba doesn’t have.

The realities of the embargo aside, Americans believe “change” is imminent.

In fact, expectations that Cuba’s economic opening is “imminent”—which is why Americans are flocking to visit Cuba before Starbucks and McDonald’s and Wal-Mart and the Gap show up—are misplaced. It will be years before any of this happens.

Thousands of Americans who have traveled to Cuba with the expectation of getting in on the ground floor of he island nation’s opening have not made any deals.

The Cuban government is content with making money from tourism—and perhaps importing consumer goods, which it currently does—from Cancún. Indeed, several flights depart Cancún bound for Havana with air conditioners, microwaves, electronics, automotive parts and all manner of other items bought at such Amnerican stores as Sam’s Club, Costco and Pep Boys. It’s a trickle, but it’s all the Cuban government is prepared to allow for the time being.

If the U.S. wants to see a McDonald’s a block from its embassy on the seaside Malecón and have a Starbucks for embassy personnel around the corner, then it must make sure that Fidel and Raúl are able to give the Cuban people something that will redeem their decades of failed rule.

Only then will Raúl agree to an economic opening as the U.S. wants it: by establishing private property and allowing U.S. companies to wholly own their investments in Cuba.

Louis Navaer is the author of the first guides to Cuba compiled since the reestablishment of relations, Cuba As Never Before, and The Best of Havana: 2016.