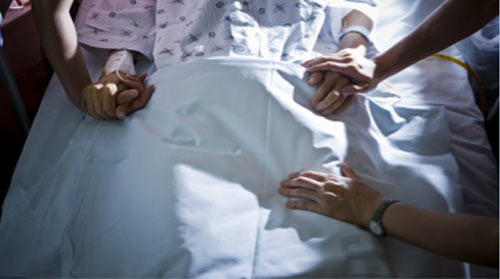 Posted at 19:16h in Elders, Health by RPadmin 0 Comments 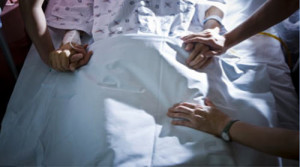 A new report from the UCLA Center for Health Policy Research shows that one in four Californians age 65 or older, who live alone or with only their spouse or partner, “had income in 2013 in the limbo of unofficial poverty.”

“Hidden Health Problems Among California’s Hidden Poor” is the center’s new Health Policy Fact Sheet showing a more accurate picture of how much people actually need to make financial ends meet. The report looks at older adults whose income falls above the outdated federal poverty level (FPL) but below a newer, more accurate measure of poverty called the Elder Index.

African American, Latino and Asian seniors particularly have to struggle, according to the findings.

“These older adults—the ‘hidden poor’—have substantially more health problems and less access to care than those with higher incomes, but they cannot afford to pay privately for assistance and often do not qualify for public programs that could help them manage their health problems. Planners and policymakers need to pay more attention to this hidden poor population,” the report says.

Not only was the health status “substantially worse among the hidden poor than among those with higher incomes,” those with lower incomes were about twice as likely to rate their health as only fair or poor.

Not only do these seniors suffer disproportionately from ill health, but they face barriers to care. They were almost twice as likely as better off elders living above the Elder Index to report “they never or only sometimes got timely appointments when needed,” the study found.

In addition, says the report, “Mental health problems are also higher among those living below the Elder Index.”

The analysis compares the FPL to the alternative Elder Economic Security Standard Index (the Elder Index), which the State of California now uses as an official planning tool for programs serving seniors.

Rather than try to update the FPL, which was created in the early 1960s using 1955 data, the Elder Index pinpoints what seniors actually need to make “decent minimum standard of living,” say the report’s authors.

For each of California’s 58 counties, UCLA used the index to calculate the cost of such necessities as housing, food, health care and transportation. The new measure shows that the national average is about double the official poverty level of $11,770 in 2016–and triple that sum in many urban areas.

UCLA’s analysis found California has 655,000 “hidden poor” elders living alone or residing only with a spouse or partner. Seniors in the Golden State who fall between the official poverty line and the higher Elder Index threshold are almost twice as likely to identify as being in poor or fair health, feel depressed, and say they cannot get timely health care compared to more affluent seniors, says the study.

Furthermore, the researchers report, “Latino, African American and Asian older adults who lived alone or with only their spouse/partner had the highest rates of being among the hidden poor (35.4, 30.6 and 29.2 percent, respectively).

Adding these figures to those falling under the official poverty line exposes that about half of Latino, African American and Asian elders struggle to get by. And older non-Hispanic whites aren’t all that well off, either. Whites are at almost three times their official poverty rate–21.5 percent versus the government’s 8.1 percent, according to the study.

A related study by the UCLA Center published last fall  found, “In terms of sheer numbers, whites make up more than half of elders in the financially pinched group (482,000). Proportionately, grandparents raising grandchildren, older adults who rent, Latinos, women, and the oldest age group (75 and over) were the groups most affected.”Imelda Padilla-Frausto, a researcher for both studies, wrote, “Many of our older adults are forced to choose between eating, taking their medications or paying rent,” said. “The state might be emerging from a recession, but for many of our elder households, the downturn seems permanent.”

D. Imelda Padilla-Frausto, a researcher for both studies, wrote, “Many of our older adults are forced to choose between eating, taking their medications or paying rent,” said. “The state might be emerging from a recession, but for many of our elder households, the downturn seems permanent.”

The 2015 study revealed the three-quarter million of California’s elderly heads of households were among the hidden poor–or about one-fifth of seniors in the Golden State. That’s more than double the number (342,000) counted by using the FPL. Unlike the “official” poor, those in unseen poverty often do not qualify for public assistance.

To crunch the number, UCLA’s center partnered the Insight Center for Community Economic Development. They based their finding on data from the U.S. Census American Community Survey and 2013-2014 California Health Interview Survey.

Depending on the county Padilla-Frausto found, 30-40 percent of those 65-plus who are single and 20-30 percent of older couples were among the hidden poor. Elders with particularly high rates of impoverishments were in rural counties.

Grandparents Among Most Vulnerable

“Older adults raising grandchildren or housing adult children have taken on more financial burdens with limited earning capacity and are living right on the edge of a cliff,” said Steven P. Wallace, associate director of the UCLA Center for Health Policy Research and co-author of both reports. “They have few options, and one unexpected expense can put them right over.”