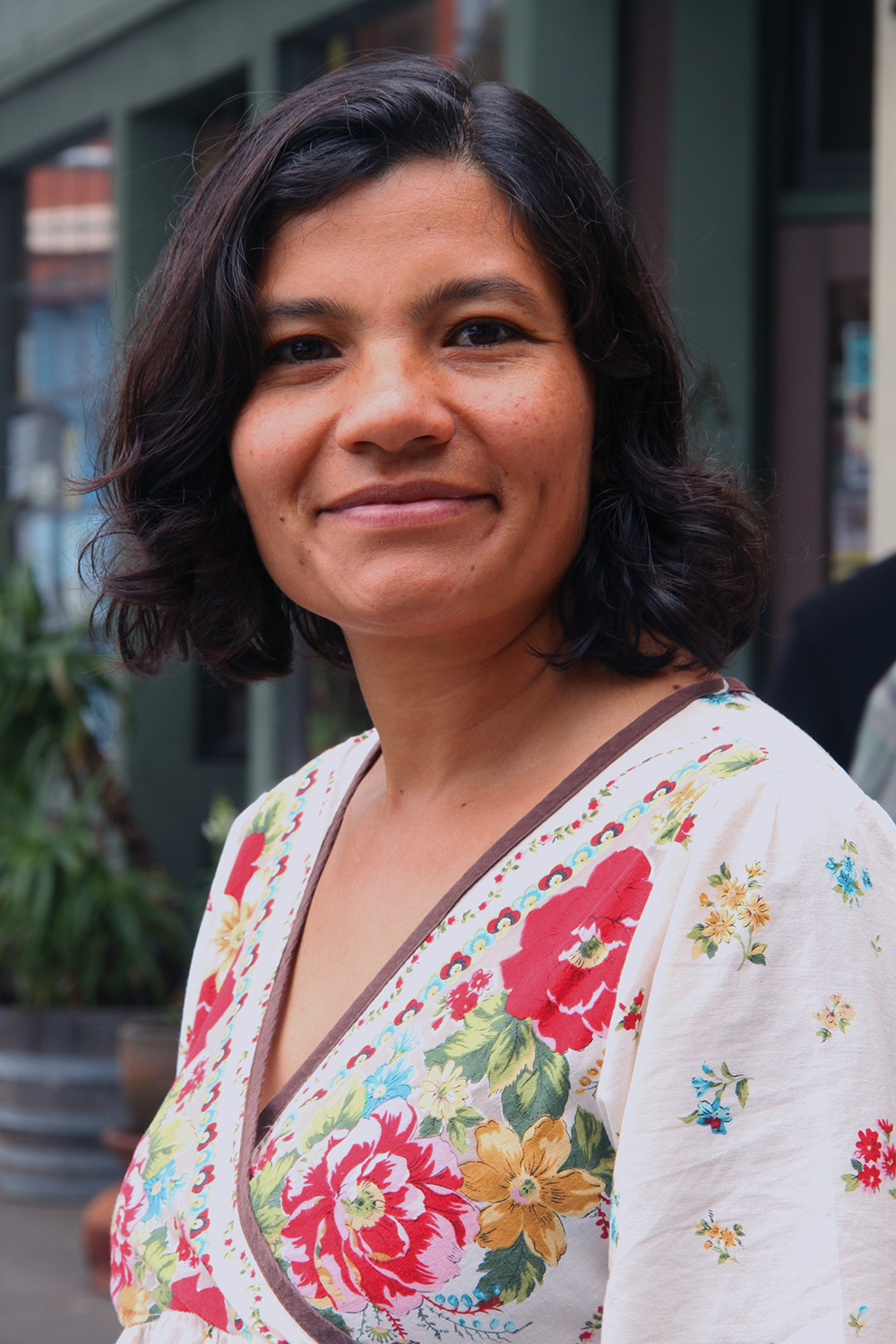 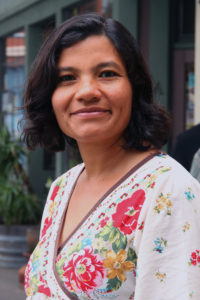 In 2015, her name suddenly appeared in news articles about the nomination of a new candidate for the Richmond City Council. In the media, Claudia Jimenez, 37, remained undefined, only noted for her organizing work with Contra Costa Interfaith Supporting Community Organizations (CCISCO). At minimum, Jimenez, who at the time was not affiliated with the Richmond Progressive Alliance, was described as a “smokescreen” candidate. And while Jimenez didn’t receive enough  city council votes to support her nomination and appeared to come from nowhere, she consistently brought supporters, many of them monolingual Spanish-speaking residents of Richmond, into the council chambers for candidates’ hearings. Jimenez had a strong track record that went virtually ignored in public discussion.

“The only person who was able to say in public all my credentials and read my resume was Jovanka Beckles,” recalls Jimenez in a recent interview with the Pulse at a coffeeshop. Jimenez carries notebooks (the edges curled from use), a laptop, and her cell phone ever present on her table. I ask Claudia how she amassed so much community support to cheer for her at City Hall during the nomination process.

“In my first year at CCISCO, I was able to stop six deportations,” she says. “Many of the leaders I work with, they got excited. They told me, ‘You would be our voice.’ They understood putting me there on the council was not as Claudia Jimenez, but as a person who is going to be with them.”

Jimenez joined CCISCO in 2009. In her first campaign, she worked with the Richmond Police Department to create new towing polices to prevent vehicle loss if undocumented drivers were detained during traffic stops. Undocumented drivers had their cars taken away, and had pay $500 to $3000 to get their cars back, says Jimenez. “When you have family and no good public transportation, you depend on a car for your livelihood,” she says. It was a high-priority win that eased concerns within the undocumented community.

Under the Secure Communities program, undocumented immigrants who were detained by local police could be transferred to federal immigration officers. “A minor violation ended up being a major consequence for undocumented people; we thought the punishment was too high,” says Jimenez, who says the program created distrust of the police among the undocumented community.

Jimenez began charting the links between being undocumented and mass incarceration. This led to one of Jimenez’s biggest campaigns: stopping the expansion of the Contra Costa County jail.

In 2012, the state ordered county jails to absorb minor offenders through realignment. While the prison population was shifting from state to county, the principle goal of realignment was to break recidivism, the likelihood that a formerly incarcerated person would return to prison. Realignment also allocated the funds to go to mental health, rehabilitation, and job placement services for the recently released.

“What we saw, and what still is happening, is that more of that money [goes] for [the] sheriff, probation, and the D.A, while very little goes to services for the community,” says Jimenez. “The sheriff wanted to expand the jail and he was planning to use re-alignment money to build more.”

Jimenez, CCISCO, and the Safe Return Project team defeated the first proposition by the Contra Costa Sheriff in 2012. In the summer of 2015, the sheriff attempted for the third time to use realignment funds to expand the county jail, but was defeated by anti-mass incarceration community efforts.

“Overall, he can do anything he wants with the money because he is an elected official, but this is about being transparent,” says Jimenez.

Another major campaign she was involved in at CCISCO was pushing UC Berkeley to accept a community benefits agreement for the proposed UC Berkeley Global Campus project in Richmond. The proposed campus is expected to bring local jobs during its construction and elevate Richmond’s profile in the technology sector of the San Francisco Bay Area. But critics warn that it could lead to the displacement of low-income Richmond residents who are unable to afford the increasing cost of living the campus would trigger.

“What we saw was that UC Berkeley didn’t have any community voice in that plan. How will the community vision be considered?” asks Jimenez.

During her time at CCISCO, the coalition helped form an advisory group. Last March, the working group submitted their recommendations for the community benefits agreement to UC Berkeley for review.

An architect by training, Jimenez first came across the power of participatory design — when the community is involved in planning development — in her native Colombia. In 1996, Jimenez, then a college student, co-founded an organization promoting affordable, sustainable housing in southern Colombia. A collective of artists, architects and progressive activists, the organization set out to build houses for local towns with poor infrastructure as a result of Colombia’s civil war. In 1999, a flood wiped out housing of a farming town near Calí, Colombia. Over three years, Jimenez and her group, funded, designed, and constructed 50 subsidized housing units.

“I was in charge of organizing families by skill and thinking how each can support the building. We were living there, and it became my approach to organizing,” says Jimenez. According to Jimenez, participatory design was not taught in schools. Rather, it developed organically.

“My skill as an architect I got from college, but my calling — how I think and see the world, my vision of what I want — I learned from being in these spaces with friends who had tremendous experience working with communities, working with people, and seeing the poverty and how difficult it is.”

Beginning in 2005, she moved between Colombia and the United States. In 2011, she graduated from UC Berkeley with a Master’s in environmental design and a specialization in regional planning.

Jimenez is also a member of the Richmond Progressive Alliance steering committee, which she joined during the organization’s restructuring phase. She helped recruit young, diverse Richmond residents, as well as expand the RPA’s platforms. Jimenez says she’s excited for this upcoming phase of her career, and optimistic for Richmond’s future.

“A lot of people around the country are looking at what is happening in Richmond,” says Jimenez, “and people are impressed because it’s real.”