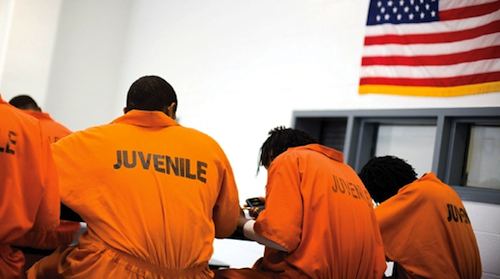 Posted at 02:50h in Education, Youth by RPadmin 0 Comments 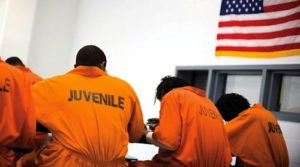 In California, “juvenile court schools” – the schools for kids detained in the juvenile justice system – are failing at the job of educating young people in detention, according to a new study.

At a time when national attention is locked on education reform, the education system has turned a blind eye to court schools, squandering any opportunity that the restrictive setting might provide.

“The broader educational system excludes juvenile court schools from the regular school accountability model, placing them away from the spotlight and outside the crosshairs of general education reform advocacy,” says attorney Maria Ramiu, the managing director of Youth Law Center, the national public interest law firm that produced the report with funding from the The California Wellness Foundation. “Youth in the juvenile court school system are branded as ‘bad kids’ who do not deserve attention. They don’t have a voice and no one speaks for them.”

To advocates for these students, the failure of the state’s court schools represents a lost opportunity of stunning proportions.

“The outcomes for young people in juvenile court schools are very poor,” she says. “We lock young people up, sometimes for not attending school, and then we miss this opportunity to intervene educationally, to ensure that they actually go to school in detention and that we put them on the right path. This is an opportunity for intervention that we are missing out on.”

More than 47,000 California kids spent time in court schools in 2014, according to the study. They go to these schools while they’re detained and awaiting adjudication or disposition, or after they’ve been committed to a juvenile hall or to a camp or ranch facility. The average stay for kids in juvenile hall was just under a month, but over a year for kids who were found by a judge to be “unfit to be tried as juveniles.” And for youth in camps and ranches, the average stay was more than 4 months.

In the 2013-2014 school year, more than 80 percent of the students enrolled in court schools in California were Black or Latino. More than 85 percent came from low-income households.

David Domenici, the executive director of the Center for Educational Excellence in Alternative Settings (which works with schools in juvenile detention), says that the most important change the system needs is “a real fundamental belief by everybody involved – agency leadership; site leadership; the school principal; the teachers; the probation officers; in the case of California, the County Offices of Education and the County Probation Departments – that these kids absolutely deserve the best education we can give them.”

“Regardless of what they’ve done, these are as a general matter the most at-risk, poorly educated, most highly vulnerable kids in the state, and we have a choice,” he says. “We can give them the absolute best, and with that there’s a real chance that they’re going to succeed, or we can say that these are throwaway kids, and we’re just going to show up and prevent them from beating each other up.”

According to Youth Law Center’s study, more than 40 percent of youth who spend time in court schools make no academic gains in reading or math.

What’s more is that court schools are largely failing to track academic data at all. The study found that the schools neglected to assess the progress of almost 60 percent of students. Federal law requires these assessments.

But the problem, says Ramiu, is the way discipline is carried out. “In many detention facilities, instead of being focused on positive behavioral interventions with young people, the response to any kind of misbehavior is to isolate youth in their rooms,” she says. “That becomes the default in terms of behavior management.”

The counties with the worst truancy rates were Fresno (68.6 percent) and Alameda (58.1 percent). The highest suspension rates occurred at several of the camps in Los Angeles; one of them had a suspension rate of 74 percent. By contrast, the court school at San Francisco’s juvenile hall reported no truancies or suspensions, and many schools reported zero percent for one or both measures.

Ramiu says that in addition to truancy and suspension, many of the problems with education in the juvenile justice system are ones that have solutions. “There are interventions that we can implement systemically in terms of education that can make a real difference,” she says.

Domenici has experience with many of those interventions. He was the founding principal of Maya Angelou Academy, a school inside a long-term juvenile detention facility in Washington, D.C. that had previously been known as Oak Hill Academy. The operations of Oak Hill Academy were turned over to a nonprofit organization, and Domenici worked to transform the school; Maya Angelou is now a network of schools in D.C.

For Domenici, it’s fundamentally about reaching kids with engaging teachers and a “relevant” (non-boring) curriculum, and constantly keeping them updated on their progress and how many credits they’ve earned so they have less of an opportunity to tune out.

“Schools have to be engaging. Almost all of these kids have failed in schools and been failed by schools. They’re not going to show up and just want to read a textbook,” he says. “For a 15-year-old who reads at a 5th grade level and doesn’t have a lot of hope for the future, and certainly for whom education doesn’t stand out as a future-changer, you have to say, ‘I’m going to make this engaging and meaningful and relevant and try to make it work for this kid.’”

When recruiting teachers for Maya Angelou Academy, he says, “We had to get really thoughtful, energetic people who totally believed in kids. It’s not easy. You have to find people with an incredible sense of passion, and then you have to support them and hold them accountable.”

A new humanities curriculum was built around thematic units (with themes like “justice,” “systems,” and “dreams”). Much of the work gets done in chunks of a few days, with an emphasis on projects and presentations. And everything is structured around 20-day modules.

“I believe that this can be transformational if you do it sincerely, because you create a culture that says, ‘People care about you here.’”