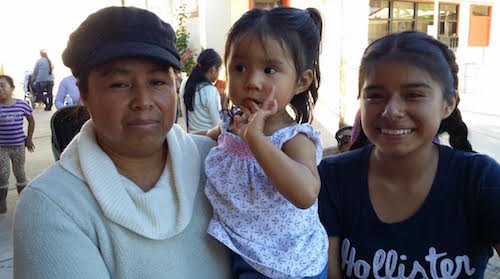 Posted at 17:07h in Health, Immigration by RPadmin 0 Comments 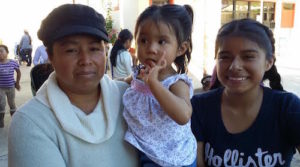 OXNARD, Calif – Farmworker Maria Flores’s face breaks into a broad smile when she is told that soon her 14-year-old Mexico-born daughter, Ana, will be eligible for the state’s full-scope Medi-Cal program, under the Health For All Kids program set to launch May 16.

Most importantly for Flores it will mean the teenager can soon have much-needed dental care.

“Every time we take her to the dentist we have to pay from our pocket and we really can’t afford it,” Flores, an undocumented, fruit packaging plant worker here says in her native Mixteco through an interpreter. “It’s hard to pay because we make so little.”

Flores’ emphasis on dental care is echoed by four out of the five farmworker women – almost all undocumented — interviewed on a recent Saturday afternoon gathering at a local elementary school organized by the Oxnard-based Mixteco Indigena Community Organizing Project (MICOP).

Farther north, in the farming community of Reedley outside of Fresno, mothers attending an ESL class for parents at the Jefferson Elementary School say the same thing. And at a day laborer center in Hayward, Calif., parents say they would be willing to set aside their fears over outing themselves as undocumented if their children would become eligible for dental care via Medi-Cal. Medi-Cal is California’s name for Medicaid, the health insurance program for low-income people.

But eligibility for dental care and access to dentists are two separate issues.

Assemblymember Jim Wood, D-Healdsburg, who was once a Denti-Cal (the dental arm of Medi-Cal) provider, says: “Beneficiaries are often frustrated to find out that having insurance coverage does not equate to easy access to care.”

A scathing report out recently by the Little Hoover Commission (LHC), an independent oversight state agency, blasted the Denti-Cal program as being “dysfunctional” and having too few dentists in its network.

“In California, we have kids’ teeth rotting out of their heads,” LHC Chairman Pedro Nava is quoted in a news report as saying.

Nava said that because of its “dreadful” low reimbursement rate — 35 percent of the national average of $61.96 per patient, a rate that has not been raised since 2000 — California dentists want nothing to do with Denti-Cal, making it virtually impossible for the more than 13 million current Medi-Cal enrollees, including 5 million children, having few places to use their coverage.

In 11 of California’s 58 counties, there are no Denti-Cal providers at all, or no providers willing to accept new patients, according to a 2014 state audit. In Ventura County, for example where Flores and her family live, 53,000 kids are enrolled in Denti-Cal, but only 86 dentists accept it. Alpine County does not have a single dentist and in Imperial County, there is only one dentist for every 4,166 people, according to a UCLA Center for Health Policy Research report.

The Hoover report says the blame for Denti-Cal’s shortcomings could be shared by the state Department of Health Care Services — the agency that runs the program — the legislature and the Governor’s office. Decades of neglect and strategic misdirection have caused the Denti-Cal program to deny hundreds of thousands of people the oral health care they need.

Assemblymember Wood says “the legislature has made it clear through multiple hearings that restoring Denti-Cal rates [to pre-recession rates] should be made a priority. Unfortunately, so far it has not been a priority for the administration and the Governor.”

In the last couple of years, California has come up with innovative ways to change its bleak dental health landscape, one of which is its Virtual Dental Home Demonstration Project. The six-year program currently operates in 50 mostly underserved locations throughout the state. Dental hygienists and assistants travel to different sites performing such basic procedures as taking X’rays and installing temporary fillings that arrest early decay and scaling. If significant work is required, the patient is referred to a dentist.

According to the University of the Pacific’s Arthur A. Dugoni School of Dentistry, which operates the Virtual Dental Home pilot program, more than 30 percent of Californians are unable to meet their oral health needs through the traditional dental care system. Some 54 percent of Medi-Cal-enrolled children received no dental care in 2012 and even fewer received preventive care services.

Initially funded mostly by grants from non-profits and trade associations, since January of last year, virtual dental home procedures have been paid for by Medi-Cal.

More recently, California implemented the Dental Transformation Incentive program, aimed at improving the dental health of children 0 to 20 years of age, with a $750 million federal grant to be spent over five years.

“The new dollars are going into a really important part of our health system that has had issues,” observed Anthony Wright, executive director of Health-Access, a statewide health care consumer advocacy coalition.

“This influx in funding will be helpful, but if we as a state don’t make the necessary changes to fix and invest in our Denti-Cal program, it will not be nearly enough,” asserted Assemblymember Wood.
Carole D’Elia, LHC’s executive director, notes that despite the serious consequences to physical health that can result from neglecting dental problems – heart disease, diabetes and arthritis among them — many people seem to look at the mouth as not being a part of the rest of the body.

She worries that the Denti-Cal program, “already in a mess, is only going to get worse” as an estimated 170,000 undocumented children — Ana among them — become eligible for Medi-Cal in a couple of weeks, under the Health For All Kids program.

California will pick up the entire cost for the program, since undocumented people are ineligible for federal aid. It is estimated to cost $40 million in the first year, and about $132 million annually thereafter.

Thirty-nine-year-old Reedley resident Laticia’s (she would only give her first name) 13-year-old daughter could possibly qualify for the program. (Children in families making less than 226 percent of the federal poverty level would qualify.) The youngster has been plagued with dental problems for more than a year. On her most recent visit to a local dentist, she was told that it would cost around $1,000 to fill a cavity. That amount represents about half of the family’s monthly income.

“How can we afford that,” Laticia says. “I’ll feel relived when my daughter gets Medi-Cal.”

Health For All Kids