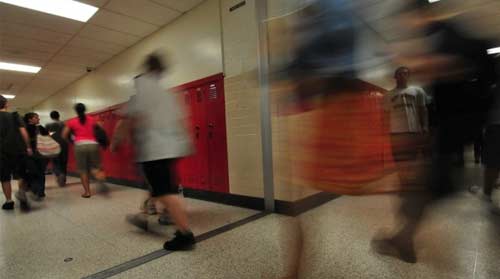 LONG BEACH, Calif. – Just a few months ago, I lost my uncle to suicide. No one in my family knew he was depressed or that he was considering taking his own life. The last time I saw him was during Christmas and to know that I will not see him during the next Christmas, or Thanksgiving, or any other family gathering is heartbreaking.

Over 42,000 Americans die from suicide each year, according to the American Foundation for Suicide Prevention. Unfortunately, the figures have also reached a 30-year high.

For youth ages 18 to 24, suicide is the second leading cause of death, according to a 2013 report from The Centers for Disease Control and Prevention. In California alone, 481 youth ages 5 to 24 committed suicide in 2013, according to Kidsdata.org.

Maybe I couldn’t save my uncle, but a new bill on the horizon looks to save the lives of California students who may be contemplating the same fate.

The bill would also require training for teachers in grades 7 to 12 to identify mental health services, both within the school and the community, and help refer youth and their families to those services.

O’Donnell, a former school teacher and Chair of the Assembly Education Committee, says AB 2246 focuses on students in these grades because they represent “the most vulnerable age” for suicide.

“This is an effort to address a need in my own life as a [former] classroom teacher, and that’s one of the reasons I went to Sacramento, to be the voice of the classroom teacher,” said O’Donnell in an interview with VoiceWaves.

The Assemblyman said that since California is a large state, what might work in one school district might not work in another.

“The goal here is to have the state’s Department of Education develop some guidelines and have those employed at the local level,” said O’Donnell. “The locals are the ones that are really going to have to implement it, and they need to be given flexibility.”

The bill also seeks to address the needs of youth bereaved by suicide, including youth with disabilities, mental illness, and substance abuse disorders, youth experiencing homelessness or in the foster care system, and LGBT youth.

“Statistically, we know that LGBT youth are more susceptible to suicide,” said O’Donnell, adding that the idea for AB 2246 was brought to him by Equality California, an organization dedicated to protecting the rights and the lives of the LGBT community.

“It was a natural fit, given that I’ve been a middle school and high school teacher for many years, and I’m very aware that many of our youth struggle with a variety of issues, and that they are vulnerable to suicide,” explained O’Donnell.

Polytechnic High School in Long Beach adopted a suicide policy about 10 years ago. A counselor at the school, Paul Gonzalez, says that the legislation O’Donnell has introduced is long overdue.

“All faculty should be involved in some sort of overview/protocol, and all counselors and administrators and nurses should be trained on the suicide prevention models that are already in place in other schools,” said Gonzalez via email.

Though he sees AB 2246 as a step in the right direction, Gonzalez also thinks it would be helpful if the schools had a suicide prevention student club that spreads the word that it’s OK to ask for help.

O’Donnell says prospects for the bill are positive and that he expects it to pass the legislature and be on the governor’s desk by September.

If you are feeling suicidal or know someone who is, don’t hesitate to contact The National Suicide Prevention Lifeline at 1-800-273-8255.