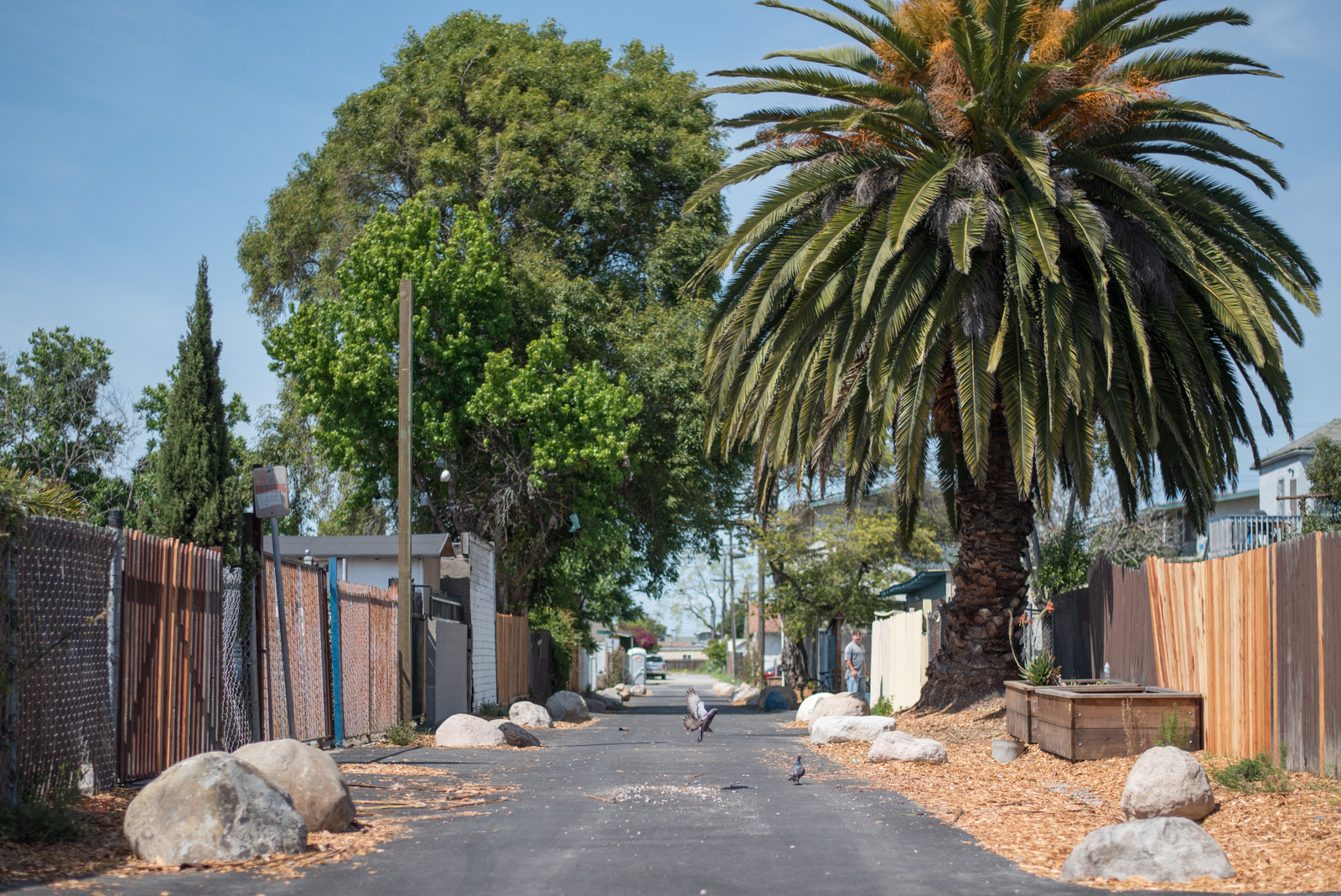 11 May ‘Emerald Alleys’ Coming to Richmond

Posted at 16:47h in Environment by RPadmin 0 Comments 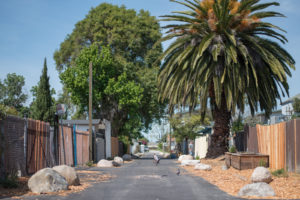 The Mathieu Court alley in Richmond’s Iron Triangle was a paved alley that had turned into an illegal dumping ground with overgrown brush. Combining the efforts of the City of Richmond, area residents, the Iron Triangle Neighborhood Council, and several non-profits, such as Pogo Park, The Trust for Public Land and The Watershed Project, the community was able to reclaim and improve this space. 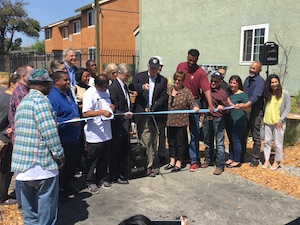 The City of Richmond held a ribbon cutting ceremony for the Mathieu Court Alley Greening Project on April 29.

The project is a collaborative effort to implement environmental improvements. The project took inspiration from alley greening projects in Los Angeles and Chicago, and serves as a pilot project for the City’s “Emerald Alleys” program to convert the alleys throughout the city into greenways.

The aim is reclaim these areas as usable neighborhood space and promote a healthy community, all while deterring illegal dumping in Richmond.

Alex Knox, director of policy and strategy with Mayor Tom Butt’s office, said the alley will not only provide a more “inviting public space” but also, “will clean the storm water before it gets to the ocean and [make] improvements to storm water drainage and utilities for nearby residents.”

Julio Ruano, a local homeowner and 15-year resident, is glad to do his part. He vowed to make sure that his portion of the alley was well kept and encouraged his neighbors to do the same. He said he is eager to help so that the community and nearby residents can enjoy the space and keep the alley safe.