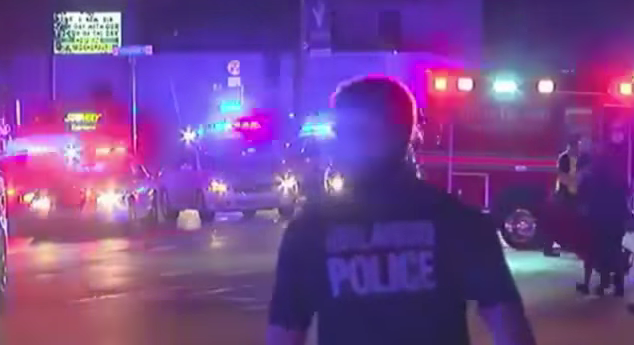 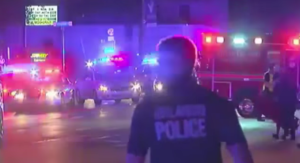 A lone gunman opened fire in a gay nightclub in Orlando, Florida late Saturday night. Pulse, the popular club, is frequented by queer and trans people of color.

Fifty people were killed, more than 50 were wounded. As I write this, law enforcement is still removing people from the club. This is the deadliest attack on a LGBTQ community and the deadliest mass shooting in United States history.

June is Pride month. There are celebrations all over the country. Bars and nightclubs are more packed than usual. For many people, Pride is the one time they feel safe being in public—there is strength in numbers, bravery too.

This hits home for me, not only as an American who cannot keep track by the numbers of shootings each day, but as a queer person. I am a queer person of color who goes out to dance with my friends and partners. Dancing is a way for people across LGBTQ communities to come together. We wait in line for hours to enter spaces that exist for us even for only one night out of a month. We go inside to celebrate ourselves through dancing. We get to relieve ourselves of anxiety and pain until the last song ends and the club closes. And every time we leave, we hope we make it home.

Our bodies are constant sites of attack as LGBTQ people. The shooting in Orlando is an issue of gun control and why we need stricter gun laws. However, in tragedies like this one, we must think about the hatred that is fueled by a culture of homophobia and transphobia. It is rumored gunman saw two gay men kissing and later went into a club with nearly three hundred people inside. This was intentional and a result of bigotry. Along with the trigger of the assault rifle, anti-gay and anti-trans legislation allowed this shooting to happen.

Last Friday night I stood in a room filled with queer people, many of whom are self-proclaimed dykes. It was Dyke Mic, the first open mic for queer women, femmes, and gender non-conforming people to share our narratives through storytelling, dancing, and singing. I stood in front of dozens of dykes and supporters and shared my story. Friends and strangers hugged and thanked me. I felt immense pride and love for myself and for the community. So, so proud we are here.

The suspect is identified as Omar Mateen

Then I walked out onto the streets of Wrigleyville, home of the Chicago Cubs and some of the most volatile homophobes. What would have happened if they knew what was taking place near them? A room of queer and trans people celebrating their resilience—would they have been able to stand it? Nearby is a ‘gayborhood’ where you see LGBTQ people walking around, holding hands, hugging each others outside of bars and restaurants. A friend of mine and I smiled as we drove past, proud of our community and celebration of ourselves, and hopeful that we could do these same acts in any space in this city and across the country.

I think about potential violence every day. I think about how easy targets we may be when there are dozens of us waiting in line at bars and nightclubs. It hurts to think about that. We take the risk of going out because we need these spaces. We deserve these spaces and to feel safe in them.

Today I am mourning the lives of my fellow LGBTQ siblings that were taken in this attack, as well as the sense of sanctuary that was taken from the survivors. Every day I mourn the lives of LGBTQ people, especially trans women of color, whose lives have been taken from us over decades. I wait for the day we do not have to live in fear.

You can check out this list of ways to support victims in the Orlando shooting. There is also a community fund seeking donations. You can find up-to-date information on Twitter with the hashtags #PulseShooting, #OrlandoShooting, #PrayforOrlando.