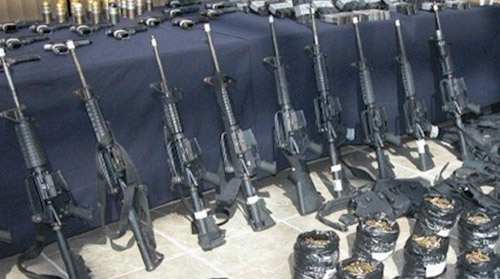 Posted at 00:01h in Health, National, Politics by RPadmin 0 Comments 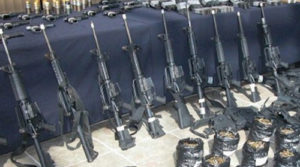 There are moments when as a member of the ethnic press we must leverage our collective voice, to push our nation’s leaders to act in the interest of the communities we serve. This is one of those moments.

In the early morning of June 12, a gunman in Orlando, Florida entered a gay nightclub and massacred 49 people in what is the worst mass shooting in U.S. history.

Most of the victims were still in the prime of their youth, individuals – many of them from the LGBTQ community – who represented the hopes and dreams of the diverse communities from which they came. Those dreams have now been cruelly snuffed out.

As the New York Times Editorial board put it, the United States is the only nation where the term “mass shooting” is preceded by the phrase “yet another.”

It need not be this way.

FBI authorities had tracked Omar Mateen, a 29-year-old Afghan American born in New York, months before the attack. He was nevertheless able to purchase a cache of weaponry including an AR15, an assault style rifle carried by members of the U.S. military, in the week prior to his killing spree.

The military-grade AR15 fires 800 rounds-per-minute or 13 rounds-per-second. The semi-automatic version carried by Mateen and other perpetrators of mass shootings has a magazine capacity of 30 rounds and can fire bullets as fast as the shooter can pull the trigger.

Assault style weapons like the AR15 have but one purpose, which is to kill en masse. They have no place on America’s streets.

Much has been made of Mateen’s professed allegiance to terror groups, his history of domestic violence, and his alleged homophobic leanings. All of these must be and indeed are being investigated as possible factors fueling his rampage.

But what made the Orlando tragedy all too possible – in fact likely – was the ease with which guns like the AR15 are bought and sold in this country.

Data show that up to a million AR15s are purchased every year by U.S. civilians. Estimates put the number of assault style weapons now in circulation as high as 8 million. A reporter in Philadelphia chronicled her experience in acquiring an AR15, noting it took all of 7 minutes between when she showed her driver’s license, passed her background check and walked out gun in hand.

“We have to make it harder for people who want to kill Americans to get their hands on weapons of war that let them kill dozens of innocents,” said President Obama in televised remarks Tuesday. The president angrily noted that individuals who can be placed on a no fly list are able to purchase the kind of weaponry one normally associates with a war zone.

While an assault weapons ban will not prevent future tragedies, and while it will not address the daily violence that is a tragic hallmark for far too many Americans, it will help begin to turn the bloody tide of mass shootings that is all too quickly becoming the norm in this country.

Such bans already exist in California and several other states, though the lack of similar bans in neighboring states undermines efforts to curb their presence.

Which is why action is needed at the federal level.

Already leaders in Congress, including California Democrat Dianne Feinstein, are beginning to call for a return of the 1994 ban on assault weapons sales that was allowed to expire in 2004.

New America Media, which for more than two decades has worked with ethnic media to highlight the issues most important to America’s diverse communities, supports these efforts. We call on our leaders in Washington on both sides of the political aisle to come together and act now to pass sensible gun control legislation that removes these weapons of terror from our streets.