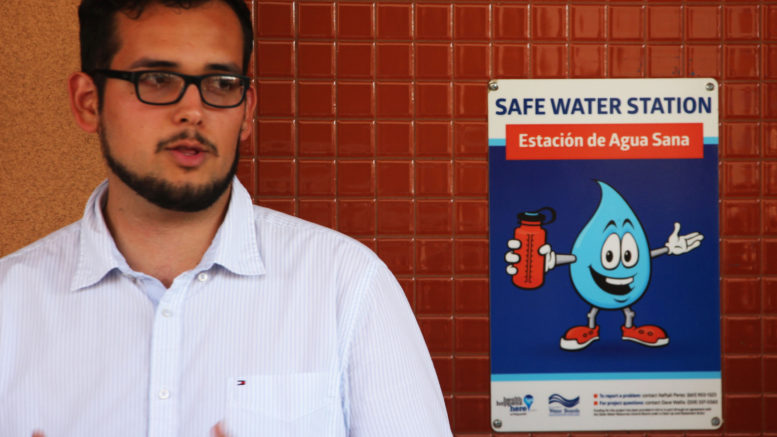 Posted at 17:10h in California by RPadmin 0 Comments 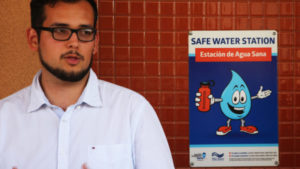 Ed. Note: After graduating from the University of California Berkeley with a major in environmental science, Arvin resident Gerardo Tinoco decided to return home to use his education to address the issues impacting residents in his hometown. This profile is part of a series looking at young people in the Central Valley who are making a difference in their communities.

With the exception of a four-year stint at UC Berkeley, Gerardo Tinoco has lived in Arvin continuously since moving here with his family at the age of four. Born in Modesto to farmworker parents, today Tinoco works to ensure residents have access to safe and clean water.

Tinoco is not shy about expressing his admiration for the Arvin community. “Growing up in Arvin was great; I really liked it. You know everyone in the community,” he said.

He recalls seeing his parents work tirelessly in the fields to support the family, and says that for much of his childhood he assumed he would end up taking classes at Bakersfield College, the local community college, and finding work in the area.

But by his senior year at Arvin High School, teachers began to take notice. Tinoco graduated top of his class in 2010 and, on the urging of his teachers, applied to several universities, eventually gaining acceptance to UC Berkeley.

“College was definitely a big shift. It was culture shock. But it was exciting,” said Tinoco. “A lot of people were worried that I was going to be scared.”

Tinoco is the first in his family to graduate college, but he won’t be the last. His younger sister is currently enrolled in Cal State Bakersfield and his brother, 16, plans to go to college as well. The family is part of the growing number of Latinos nationally who are enrolling in college. A 2014 Pew study found that college-going rates among Latinos aged 19-24 tripled between 1993 and 2013.

For Tinoco, the college experience was transformative. “In high school, my main goal was to get a good job and make a lot of money. But in college, I got educated, and I saw the problems that communities like mine faced,” explained Tinoco.

In Arvin and other parts of the Central Valley, those problems range from high rates of poverty to environmental challenges that include toxic water and air quality said to be among the worst in the country.

According to Tinoco, many of these issues fester because too many young people like himself leave the Valley to go to school and don’t return to apply their education to improving conditions.

That isn’t entirely surprising, considering the limited opportunities compared to larger cities to the north and south, as well as the high unemployment rates that plague Central Valley communities like Arvin. In 2016, the city’s unemployment rate stood at over 10 percent, which is double the state average.

When Tinoco returned after graduating in 2014, he initially had a hard time finding work and so took a job in the fields packing grapes. While it wasn’t what he had planned, working in the fields was preferable to staying home waiting for a job to materialize, he said.

Eventually an opening did come his way via the Community Water Center, which works to address many of the water issues that Arvin faces, one of the most pressing of which is the high levels of arsenic in the local ground water.

A naturally recurring contaminant, arsenic is a know carcinogen. The ongoing drought in the state has increased concentration levels. Hundreds of residents across the county suffer from a lack of access to safe drinking water as a result.

“Water is a basic human right but a lot of people don’t have access to it,” said Tinoco, who described his sense of satisfaction in knowing he is helping to remedy the problem. “The fact that I can help people gain access to safe drinking water in my hometown is just amazing.”

Tinoco is now thinking about returning to school to pursue a graduate degree in environmental science. Asked about future plans, he said, “I definitely see myself doing work like this where I help communities … my community.”