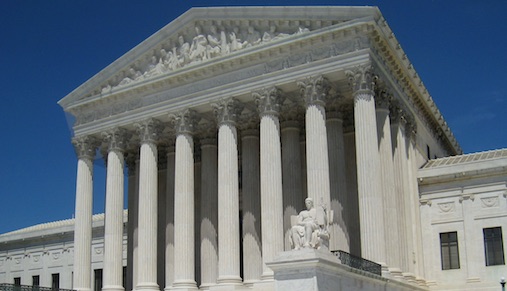 Posted at 18:02h in Immigration, National, News by RPadmin 0 Comments 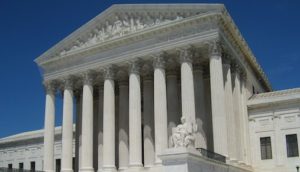 SAN FRANCISCO – Immigrant rights advocates say the Supreme Court ruling on two programs that would have granted temporary deportation relief for millions of undocumented immigrants is a setback. But, they insist, it is not the end of the road.

Shiu-Ming Cheer with the National Immigration Law Center (NILC) called the 4-4 split in the United States v. Texas ruling a “non-decision decision.” With only eight justices on the bench, she explained, the ruling sets no legal precedent and therefore leaves the door open to a number of possible scenarios.

One of those is a re-hearing, said Ming, who spoke Friday during a national press call for ethnic media on the ramifications of the decision and what undocumented immigrants and their families can do going forward. The briefing was organized by New America Media and Ready California, a collaboration of legal and community-organizations working with the state’s immigrant communities.

“The Department of Justice could ask for a re-hearing when a ninth justice is appointed,” said Ming, adding such things are “uncommon but not unprecedented.” She cited instances in 1954, and more recently in 2010 and 2012 when the court agreed to re-hear cases.

Still, Ming noted the process would be lengthy, given the likelihood that a new justice would not be appointed until after the November elections, probably some time in mid-2017. That would mean a ruling would not be forthcoming until the following year.

Another possibility is that individual states file “affirmative lawsuits” outside the 5th Circuit, where the original challenge to the programs originated. In that case, Ming said, states could claim financial harm as a result of the ruling and seek to put the programs in place on a state-by-state basis.

The two programs, Deferred Action for Parents of Americans (DAPA) and an expanded version of the 2012 program Deferred Action for Childhood Arrivals (DACA) were announced by President Obama in 2014. Some 5 million undocumented immigrants would have been protected under DAPA and expanded DACA, temporarily lifting the threat of deportation while also granting them social security numbers and work permits.

A study by the Migration Policy Institute found that 36 percent of DAPA eligible families live below the poverty line, and that work authorization for these families would lift incomes by 10 percent.

The Fifth Circuit ruled in favor of a challenge to the programs led by Texas and 25 other states that claimed the programs were unconstitutional and represented an executive overreach by the president. The SCOTUS ruling means the Fifth Circuit decision remains in place.

Aidin Castillo is with the Immigration Legal Resource Center (ILRC), part of Ready California. “Ready California is in full gear” to get the information out about options available to immigrant families, she said. Their top message, she continued; “original DACA remains available. It is not affected.”

To date some 700,000 people have benefited from the original DACA program, which is open to those who meet the following criteria: they came to the country before they turned 16, were born after June 15, 1981, and have resided in the country continuously since June 15, 2007, and who meet educational requirements or have served in the military.

The expanded version would have lifted the age requirement and pushed the date of arrival forward to 2010.

Ready California and other groups are working to encourage those eligible to apply for DACA.

Castillo said that while Thursday’s decision may have a “chilling effect” on that effort, given the fear many have of disclosing their status – especially in this tense election season, the outcome of which could lead to a tightening of immigration law – fear is “not the number one reason” keeping people from applying.

She said many potentially eligible DACA recipients either don’t have the money to apply – the application fee is $465 – or they are unclear about the requirements, specifically around education.

“It’s not just valedictorians” who can apply, explained Castillo, saying many undocumented immigrants wrongly assume DACA is only available to people in four-year programs. She said those enrolled in accredited adult learning or vocational programs can also apply, noting DACA “makes it possible to go to or stay in school.”

Additional reasons to apply include the possibility of qualifying for other immigration relief programs that offer more in the way of paths to legal status and citizenship, said Castillo. Up to 14 percent of those who go in to apply for DACA, said Castillo, actually qualify for one of these other programs, which often provide more permanent protections.

Castillo said up to 14 percent of DACA recipients are eligible for these other programs.

Both she and Ming urged people to seek legal advice from “trusted legal service providers,” but warned of “fraudulent agents who prey on communities” in times of confusion.

For Ju Hong, part of the National AAPI DACA Collaborative, getting DACA was “life changing,” allowing him to gain a driver license and to find work. He called the court’s decision, “incredibly disappointing.”

Born in South Korea, Hong came to the United States with his mother at the age of 11 after his family experienced bankruptcy during the height of an economic recession. The UC Berkeley graduate gained attention in 2013 for heckling President Obama during a speech about the record number of deportations carried out under his administration.

Hong said of the 1.5 million undocumented Asian Pacific Islanders in the country some 500,000 would have benefited from the expanded DACA and DAPA programs.

Hong echoed the other speakers in urging communities to “mobilize for the November elections,” either by registering to vote or, if they are unable, then encouraging family members and friends to do so.

Gema Perez, 50, of Bakersfield, California is one of the millions of undocumented immigrants who would have benefited from DAPA. The mother of two daughters, one a U.S. citizen and the other a DACA recipient, arrived in the country in 1995.

“I was very disappointed and sad,” she said in Spanish, adding she is now more afraid of being deported or seeing her husband, the family’s sole breadwinner, deported. “This is devastating for all of us.”

But Perez vowed to “continue fighting,” a determination that Castillo says will help drive local activism. “In the absence of DAPA and expanded DACA,” she said, “local and state officials will have to understand the weight of what this decision means.”

Pointing to the raft of laws in California that allow undocumented immigrants access to things like driver’s licenses, health care and financial aid for college, she said the state is “an example of the changes that can happen locally” and that other states can look to California as a model.

“People are expressing sadness, frustration and anger” after the ruling, said Castillo. “First there is the grieving period, then resilience.”