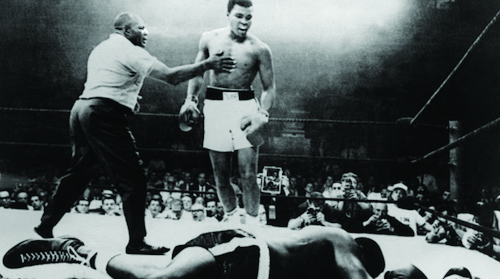 Posted at 20:50h in Police by RPadmin 0 Comments 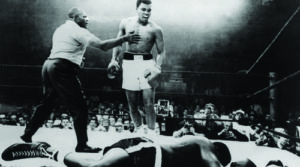 Most people loved and adored him. Others hated his every molecule. Still he mesmerized the masses inside and out of the ring. The “sweet science” of boxing was never sweeter than when its poet laureate predicted the timely demise of his opponents as he was “floating like a butterfly and stinging like a bee.”

My initial introduction to Cassius Marcellus Clay, Jr. was ironically overheard from the passing conversation of a white guy bragging that Sonny Liston was “going to kill Clay.” This white guy spoke of “Clay” with such a fervently racist disdain that it caused his top lip to quiver. Growing up in the South, “near the whip,” taught me that anything that bothered white people that much had to be good. That was the day I became a lifelong fan of the celestial icon who came to be celebrated by millions around the world as “the Greatest of All Time.”

There were many professional African-American athletes who made meaningful contributions to society and the civil rights movement. But none had the revolutionary audacity of Muhammad Ali. He possessed the ability to walk into the heart of any ghetto and chop it up with the hardcore denizens because he was as at home there as he was in the elite lecture halls of Ivy League universities. Ali’s trustworthiness, magnetism, peace crusading and bravado were character traits of a one-of-a-kind design that endeared him universally.

I idolized the man. He radiated a raw courageous Mau Mau Warrior presence that was primitive and contemporarily suited to rectify the demands of the moment. Ali said the things we all wanted to say in a way that simultaneously entertained, challenged and humiliated the oppressive forces vying to decimate his very existence.

Ali’s 1967 refusal to be inducted into the military resulted in a felony conviction and a $10,000 fine. The National Security Agency conducted a secret operation known as “Minaret” to monitor every aspect of Ali’s social, personal and professional communications. This covert activity, the wicked step brother of the FBI’s Counterintelligence Program that was so effectively used to destabilize the Black Panther Party, was determined to be an illegal practice and a violation of Ali’s rights. In 1971 the Supreme Court vindicated Ali, a bittersweet victory after being forbidden an opportunity to fight for nearly three years of what many boxing experts felt was the prime stage of his fighting career.

As I witnessed Ali’s struggle in 1967, I wondered if the position he had taken was worth it.

In July of that year, for reasons that have varying degrees of questionable purpose and cause, I found myself volunteering for the Marine Corps and in short order being dispatched to Vietnam. I was assigned to a frontline combat unit that guaranteed that your life would remain at every moment in constant peril.

It was at this juncture that the words of Ali’s resistance began to ring true. The sound of his voice reverberated, stating that he did not want to kill the Vietnamese.

We would find propaganda leaflets in the jungle, employing the black Marines to realize that we were committing the same atrocities against the Vietnamese that the Ku Klux Klan and white racists were perpetuating against our families back in America. Black Marines just arriving from stateside told stories of Stokely Carmichael, H. Rap Brown, Huey Newton, the Black Stone Rangers and of course the Black Panthers, all articulating messages of the same ilk as the prophetic admonitions of Muhammad Ali.

Charismatic orators like Elijah Muhammad and Malcolm X brought fame to the Black Muslim movement. But it was Muhammad Ali who established its global prominence by making it fashionable to be a Black Muslim. Ali removed some of the hardline mystic associated with the Black Muslims. His bold declarations assailing institutional, social and economic injustices caused me to be constantly consumed with feelings that Ali might become the next target of a racist assassin. Then I realized that in order to be the “People’s Champion,” he had to be fearlessly courageous, willing to live, fight and die for the people, his people.

Ali was a living embodiment of taped-up teaching bouts, rounds of laced-up learning moments and riveting main-event life lessons that encouraged humankind to be kind to humans.