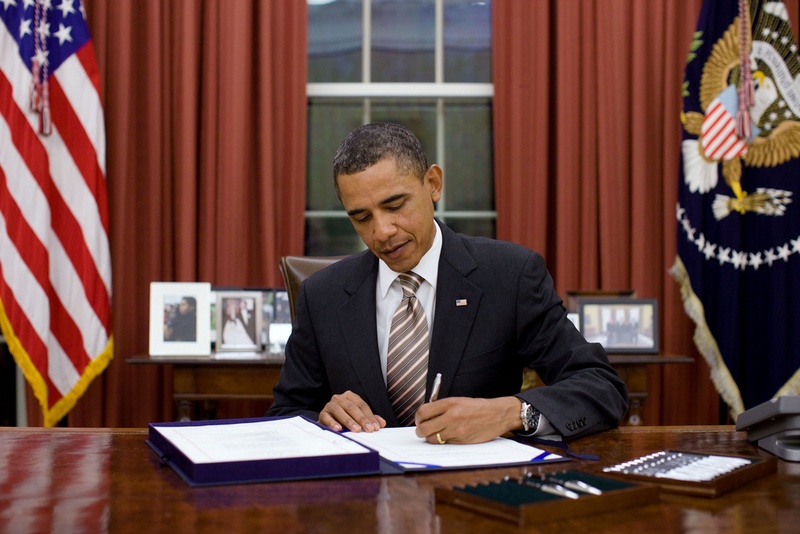 12 Jul Changing Words Doesn’t Change the Racism Behind Them

Posted at 23:02h in National, Politics by RPadmin 0 Comments 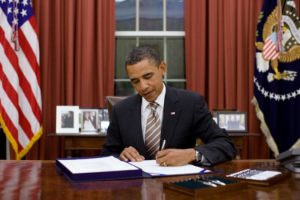 President Obama signed a bipartisan-supported measure in late May, updating the terms the federal government uses to describe minorities. Under H.R. 4238, the government will officially use African American and Asian American instead of the terms “Negro” and “Oriental,” among other changes.

The measure comes at a time when racist rhetoric, both veiled and explicit, is prominent on news channels and in the presidential election. And while the measure is a success at reframing our language, at least on government documents, the American public has yet to come to terms with its present acts of racism.

This is a symbolic win, ensuring that federal documents will not contain racist identifiers from yesteryear. But it is overshadowed by the toxic racist rhetoric and xenophobic political figures that rule our current 24-7 media cycle.

Watching CNN and FOX News while I jog at the gym, I shake my head at the TV in disbelief. Another racial taunt by the presumptive Republican presidential nominee Donald Trump, this time belittling the credentials of a Mexican American federal judge. I continue running. The word “Mexican” is flashed on the screen. Donald Trump says Judge Gonzalo Curiel should recuse himself from the Trump University lawsuit because the judge is Mexican, and Donald Trump plans to build a wall between the United States and Mexico. According to Trump, it’s a conflict of interest.

Next day at the gym. Speaker of the House Paul Ryan holds a press conference in Washington, D.C., surrounded by a group of African-American clergy members. Ryan admits Trump’s comments about Judge Curiel were racist, but Ryan still supports the man who called undocumented Mexican immigrants “rapists” and “drug dealers,” who talks down to women, and who called for a ban on Muslims.

Despite Trump’s racism, Ryan reaffirms his support for Trump.

But he’s a racist, I think to myself.

Our media’s relationship to race in the United States is often outrageous and borderline parody. But what should be expected from a nation unwilling, and defiantly ill-prepared, to speak about race coherently, let alone admit its racist past?

This year’s election serves as a platform for aggressive taunts that over time have resulted in flat-out hate speech and racial slurs. And when political figures are not explicit in their racism, they use racially coded words and not-so-clever or funny jokes poking fun at our racial relations.

During the Ferguson and Baltimore uprisings over the killings of Mike Brown and Freddy Gray, corporate media showcased footage of madness in the streets. Headlines characterized black protestors as “thugs,” a prime example of a racially coded word. Nevermind the reason people are protesting, the killing of Americans by police; the focus turns to “thugs,” and in the process delegitimizes the cause.

Things can get murky when you talk about race. A couple of months ago, Hillary Clinton and New York Mayor Bill de Blasio felt comfortable enough to make a joke about something that really, only black and brown people can say- “CP Time.”

During a fundraising dinner, New York Mayor Bill de Blasio joked that he had delayed endorsing Clinton because he was “running on CP time.” People gasped. People laughed. I side-eyed. De Blasio is white, and a Democrat. He was criticized for his joke but then defended because he is married to a black woman.

Meanwhile, Clinton’s pandering to people of color is nothing new. (Remember that Clinton said she carries hot sauce in her bag after Beyonce released her single, “Formation.”) The issue here is that this liberty by “liberal” white politicians who don’t see themselves are racist contributes to the thought that race relations in the United States can be approached freely without any forethought.

I don’t believe a measure like the one passed will impact racist rhetoric in today’s media. But I do believe in challenging the media to rethink language, even if the change is short lived.

A couple of years ago, journalist and immigrant rights activists successfully convinced the Associated Press and other news outlets to drop the word “illegal” when describing immigrants living the United States without government permission, calling them instead “undocumented.” They achieved this through a campaign calling for media to view all immigrants as people, and stressing the fact that no human is illegal. The campaign was successful at the time, but now the “i- word” is back. News sources today seem to disregard their pledge. I see the phrase “illegal immigrant” in headlines regularly — even more so now because of the nature of this presidential election.

Corporate media is only a reflection of the real, often racist, sentiments in the country.

President Obama’s signing the measure to ban the words “Negro” and “Oriental” from federal documents is a victory, one that challenges the nation to achieve racial justice. It’s a small gesture attempting to rectify the past. I only hope we can impact the present, too.