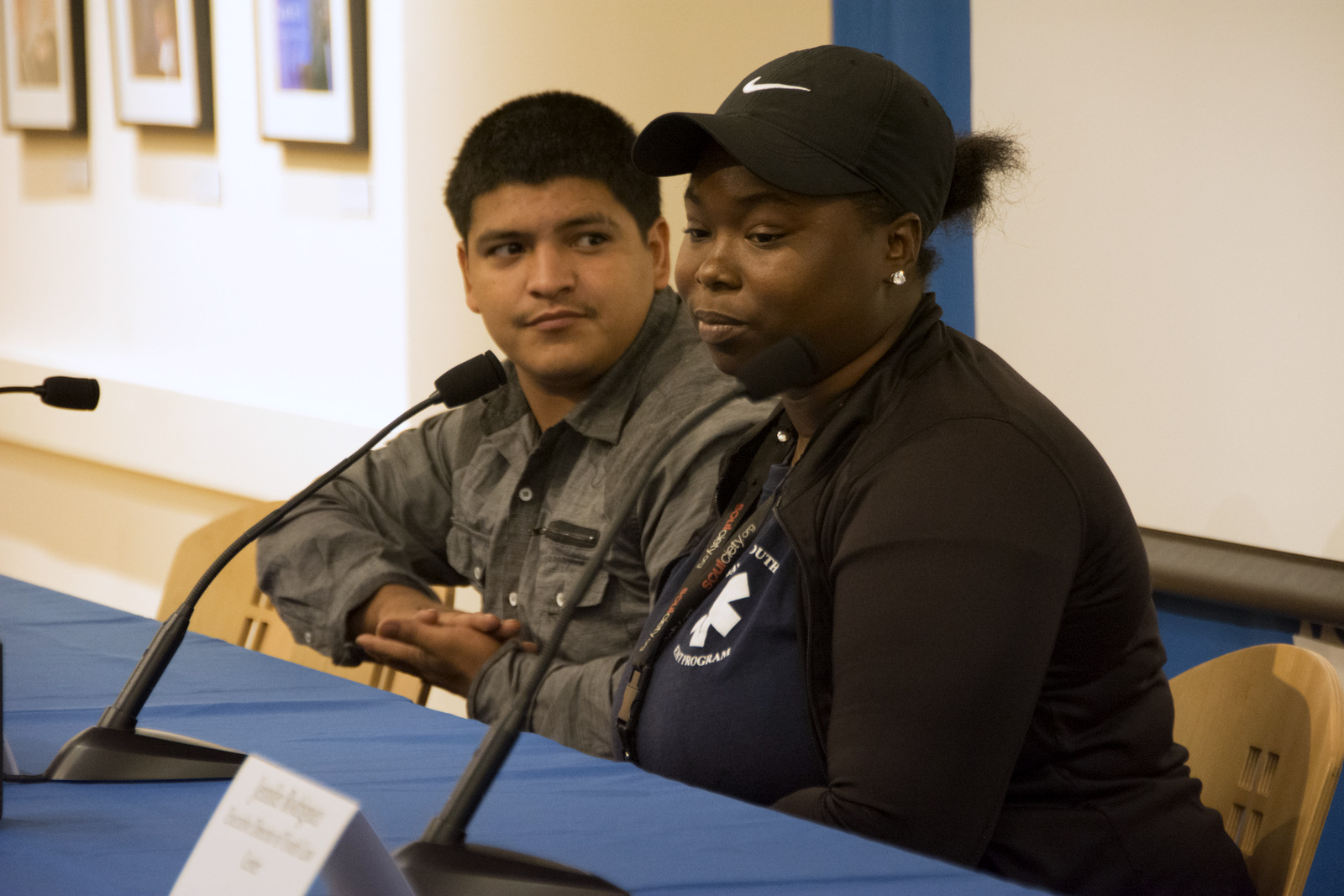 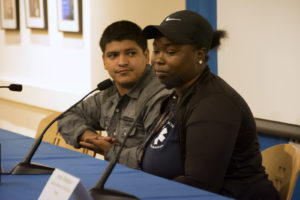 SAN FRANCISCO – Eddie Chavez, 20, who used to be incarcerated in Fresno’s juvenile hall, never had much support in school. Back and forth between the United States and Mexico, he missed several years of his education and ended up being placed in 10th grade without ever finishing 8th grade.

But after being arrested for grand theft auto and ending up in juvenile hall, things started to change when he found himself in a “court school” in detention.

It wasn’t that the school was perfect. Some teachers would just turn on a movie and give the students chips to snack on, he says. But there was one substitute teacher, “a very good man,” he says, who seemed to care deeply about the kids, and the school offered a controlled environment where Chavez could get his work done. He earned 15 credits, he says, the most credits he’d ever gotten.

But he still doesn’t have a high school diploma, and as an adult he has trouble finding employment.

Chavez spoke about his journey at a recent forum, “Young People in California’s Court Schools,” hosted by New America Media at the World Affairs Council in San Francisco.

A recent report by Youth Law Center in San Francisco found that California’s court schools are not serving their students well.

“[The court schools] are not equipping them to be in a situation where they can exit and be successful. Only half of young people that exit detention re-enroll in school in 90 days,” said Jennifer Rodriguez, executive director of Youth Law Center.

Rodriguez said that court schools need to get kids on the path to college and future employment – something that she said is not happening right now.

“If we were to pinpoint the source of this problem, it rests in many places,” she says. “There is not adequate transition planning as young people are exiting. There is a resistance from local schools to enroll young people. Oftentimes families lack the information about what their rights are. Young people are not necessarily eager to jump out of being locked up and go back to school where there is this stigma or the same crowd that they came from before.”

Another formerly detained young person on the panel, 22-year-old Ayanna Rasheed, is on the path to success now, but it’s in spite of her time in court school, not because of it. She thinks her time in detention in San Joaquin County set her education back.

Students were just given worksheets, she said, adding that it was like “giving a child a coloring book and saying ‘Here, do this.’”

“In juvenile hall, education is not really what they’re focused on,” she said. “The classes were very basic, math and social studies. Every six weeks we would rotate the same worksheets. It wasn’t beneficial at all.”

Rasheed is about to start working as a foster youth advocate at the West Coast Children’s Clinic and is continuing her schooling. But it’s been an uphill battle: She said she wasn’t even able to get her records from the court school after she was released, so she ended up losing whatever credits she’d earned.

State Senator Loni Hancock (D-Oakland), a longtime advocate for change in the education system, said she hopes there can be pilot projects based on Youth Law Center’s recommendations in order to better serve court school students.

For example, Hancock pointed to the successes of project-based learning and “developing curriculum in modules that recognize the short time periods” that students spend there – one of the biggest challenges of teaching students in juvenile halls. 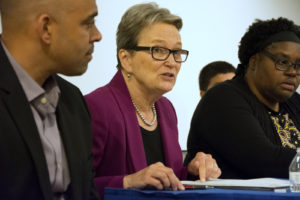