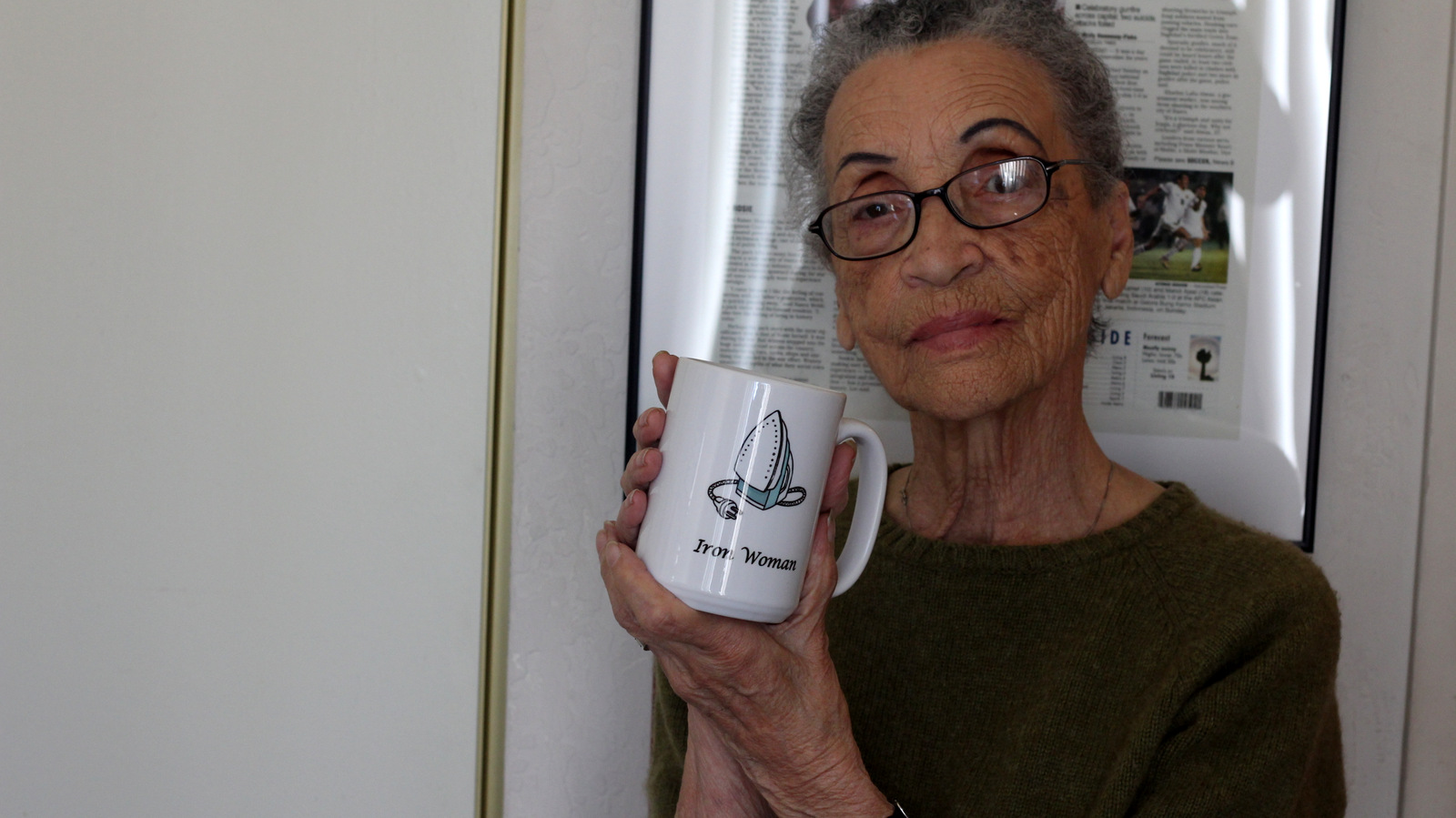 15 Aug Betty Reid Soskin: ‘Your Support Allowed Me to Reclaim My Space’

Posted at 19:23h in Health, People, Women by RPadmin 1 Comment 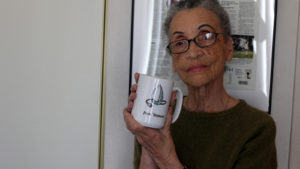 Editor’s Note: 94-year-old Betty Reid Soskin was attacked and robbed in her Richmond home in late June. Reid Soskin, a ranger at the Rosie the Riveter WWII Home Front National Historical Park in Richmond, awoke to find a man standing in her bedroom. She struggled with the intruder before being dragged down a hallway, where the attacker struck her repeatedly. Since the attack, she has received an outpouring of support from the Richmond community as well as from around the country. She recently spoke with Richmond Pulse about the aftermath of the attack and reclaiming her space.

Richmond Pulse: It’s been a couple of months since the attack. How are you doing now?

Betty Reid Soskin: I am doing absolutely fine. My new normal includes an occasional bout of fear but I think that’s an appropriate response to what’s happened to me. I’m very glad that neither of us was armed. Had there been a gun between us, I think I’d have been dead. So it meant that this was, I think, maybe a small-time burglar who was looking for electronics to sell. And had I not been screaming, I probably would not have been beaten. He was trying to silence me.

I think it was a random thing. I don’t think that he knew whose apartment he was in. He took my computer, my iPhone. But among the things he took was a gift box from the National Parks of South Korea that was sent just the week before that in that box there was a beautiful bamboo hand-painted fan in a lovely box. He also took a velvet drawstring bag in which I had challenge coins. And the presidential seal was in that. That was something that had been presented to me by President Obama, on December 3 during the tree lighting ceremonies in Washington, D.C. That was probably the most precious thing he took.

RP: What did you learn about yourself from this terrible experience?

BS: I learned I could take care of myself. I learned that I could survive, that I wasn’t a victim. We struggled and I got away and into the bathroom. And I sat there with my feet against the door I don’t know how long. But it was long enough for him to go through leisurely and pick up the things he wanted to take.

In the meantime, I realized that my electronic iron was underneath the sink. So I plugged it in and turned it up to linen and if he had gotten through the doorway, I was prepared to brand him for the cops.

The crime victims’ program, out of the district attorney’s office, called the next day after the police had been there just to tell me what was available to crime victims and among them was the ability to relocate.

I realized that I was going to have a couple of weeks of fear but that I was gonna get over that and that I was probably safer where I am than I’d be anywhere else because the police were very aware of what had happened. My neighbors are now aware. So I chose to remain. Bay Alarm, free of charge installed a burglar alarm system.

And also the crime victims’ program offers counseling. I think that the people in your readership need to know that. They offered counseling and I went for three visits. At the end of my third session, I was sleeping well.

RP: People were moved by your tremendous spirit in the midst of such a frightening situation. Where does that spirit and determination come from?

BS: I wish I could bottle it but I really have no idea. I don’t think that I would have dreamed that I would have had the presence of mind to do that, under those circumstances. But I do know that the moment I sat down, on the floor, with my feet against the door, I was suddenly calm. I don’t know where that comes from. Because that’s probably something that everybody has. I don’t think that we know we have access to that. But I think it was out of that calm – that the ability to think through the iron being there, under the sink, and the presence of mind to plug it in, I think it came out of that sudden calm. I don’t know where it comes from.

RP: Does this change your life in any way? Does the robbery change your feeling of safety in your own home?

BS: I’m not sure it’s changed me. I think I have more confidence that I can take care of myself because I never had to defend myself, and I’ve always been really trusting of human beings. I found myself hiding because the press trucks got here, but I was sporting two black eyes and I was so afraid that I would wind up on You Tube with a swollen face and a black eye for all time.

But when the cards and letters began to come in, and they were coming in from all over the country, New Hampshire and Maine and New York and Boston and everywhere. Right now I’m still trying to get the time to write thank you notes. I think that I was so affirmed that that was the reason that the recovery was so strong and so immediate. Had that not happened, I would still be feeling like a victim.

I think that the reason I’m not in therapy now is because of that. It was not only real support from the community, but it was virtual support from online. Some of these people I have never and will never meet. Some of them have only been in my audiences at the theater at the park. Some of them, yes, were coming from the community. The Go Fund Me fund that somebody set up allowed me to reclaim my space, and this carpeting which was laid just last Friday was paid for.