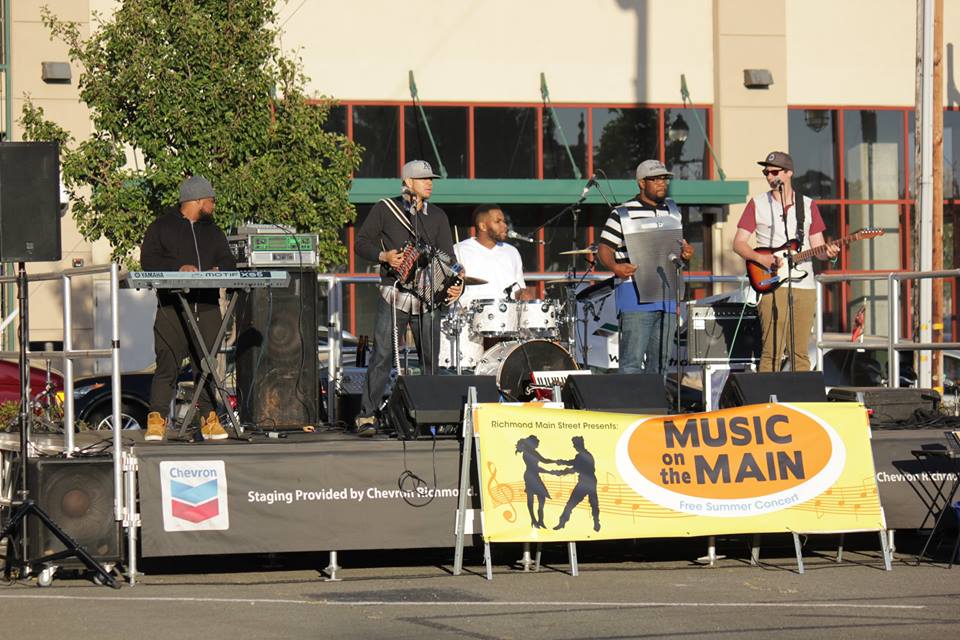 Posted at 06:27h in Arts and Culture, Neighborhoods by RPadmin 0 Comments 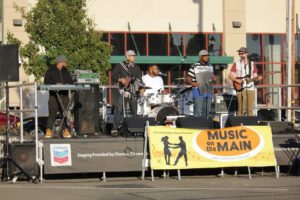 Nearly 900 people made their way to downtown Richmond for an evening of live music, dancing, food trucks, vendors and good times at Richmond Main Street’s annual Music on the Main event.

The free event at Marina Way and Macdonald Avenue featured musical performances from Zydeco king and accordion player Andre Thierry and his band, along with But-tah & The Buttahluv Band, which performed R&B classics.

There was also a solo African dance performance by Emiah AfroEmbrace, a local dancer and performer. 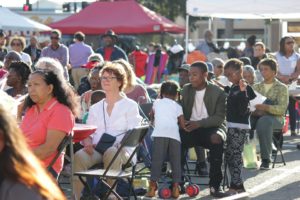 “Today we’re celebrating the 15th anniversary of Music on the Main,” said Amanda Elliott, executive director of Richmond Main Street. “We’re excited to have so many people out.”

When attendees weren’t dancing and mingling, they were checking out food booths and trucks, clothing and artist vendors and non-profit and community partners that were giving out info on health and wellness, resources for families and literacy.

Alicia Gallo of Richmond Main Street said a lot of things have changed since the first Music on the Main celebration 15 years ago.

“We’ve changed the perception of downtown from a place that was unsafe and unwelcoming to the exact opposite,” she said. “It’s welcoming to locals and visitors and celebrates our rich culture.”

Music on the Main was the second of four events that Richmond Main Street is planning for its annual summer event series. Be sure to check out their next event, the 8th annual Spirit & Soul Festival, on Saturday, September 17.