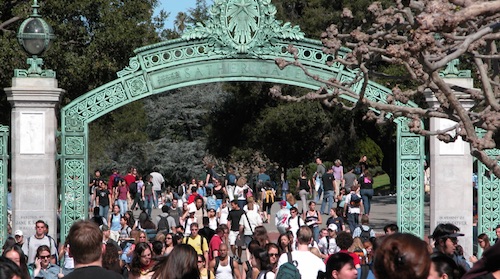 05 Oct Applying to UCs – What You Need to Know

Posted at 16:00h in Education, Youth by RPadmin 0 Comments 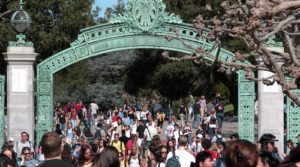 College application season is underway for prospective students. On November 1, University of California campuses will open their application portal for those interested in any of the nine campuses.

Applicants and their families can begin the process right now. Before getting started, there are recent changes and updated information applicants should know.

The Free Application for Federal Student Aid, or FAFSA form, opened October 1 for families seeking financial aid. FAFSA is used to determine aid packages including scholarships and grants, which many low-income students rely on.

“For many families, particularly if their son or daughter is the first to go to college, FAFSA is important—it is the gateway to financial aid,” UC President Janet Napolitano told reporters during a briefing for Bay Area ethnic media. For the first time, families are able to use tax filings from the previous year, which might reduce concern for those waiting for 2016 tax information.

The class of 2020 is “the most diverse ever” according to Napolitano, who highlighted the UC administration’s efforts to better serve current and prospective students from underserved communities.

The top 10 public universities in the United States include five UCs, with UC Berkeley and UCLA ranked first and second. In addition, UCLA has the highest number of applicants of any college in the country, with UC Berkeley trailing closely behind. There were over 200,000 applications for 2016-17 academic year, according to Napolitano. Admissions is determined by 14 factors including grades, courses taken in high schools, SAT and ACT scores, extracurricular activities and any personal challenges. A personal essay is also required.

According to UC admissions data, nearly 43 percent of UC freshmen for 2016-17 are first-generation college students. Over 37 percent of the new students are from low-income families. The class also includes the largest group of students from community colleges, which sheds a positive light on efforts to make the transfer process easier.

Achieve UC serves as an umbrella of outreach programs including Presidential Pre-College Scholars, which identifies students with academic potential and prepares them for college by providing tutoring and coordinating campus visits. Other outreach initiatives have included personal visits to high schools and online programs for students attending schools with limited AP courses offered.

Once students get in to UCs, some of the challenges they face are housing, tuition and fees. At the moment, housing is primarily offered for freshmen students. Some campuses such as UC Davis offer housing specifically for transfer students. UC has partnerships in place to increase housing for students. Napolitano says 14,000 beds should be available by 2020.

UC is in its sixth year with no tuition increase, though there have been protests over the cost of in-state tuition as recent as 2015. “Our intent is to keep tuition as low as possible and financial aid as high as possible,” Napolitano said. Approximately 55 percent of UC students pay no tuition or fees and over half graduate debt free.

According to UC Admissions, California resident undergraduates at all UC campuses pay $12,294 in systemwide tuition and fees. The average tuition, including additional campus-based fees, is between $12,000 and $13,000.

During application season, all university admissions offices are available to field questions from students and their families. For additional information, applicants should browse the websites of their university choices.

Applications will be accepted until November 30.

For more information about applying to UCs, go to: admission.universityofcalifornia.edu