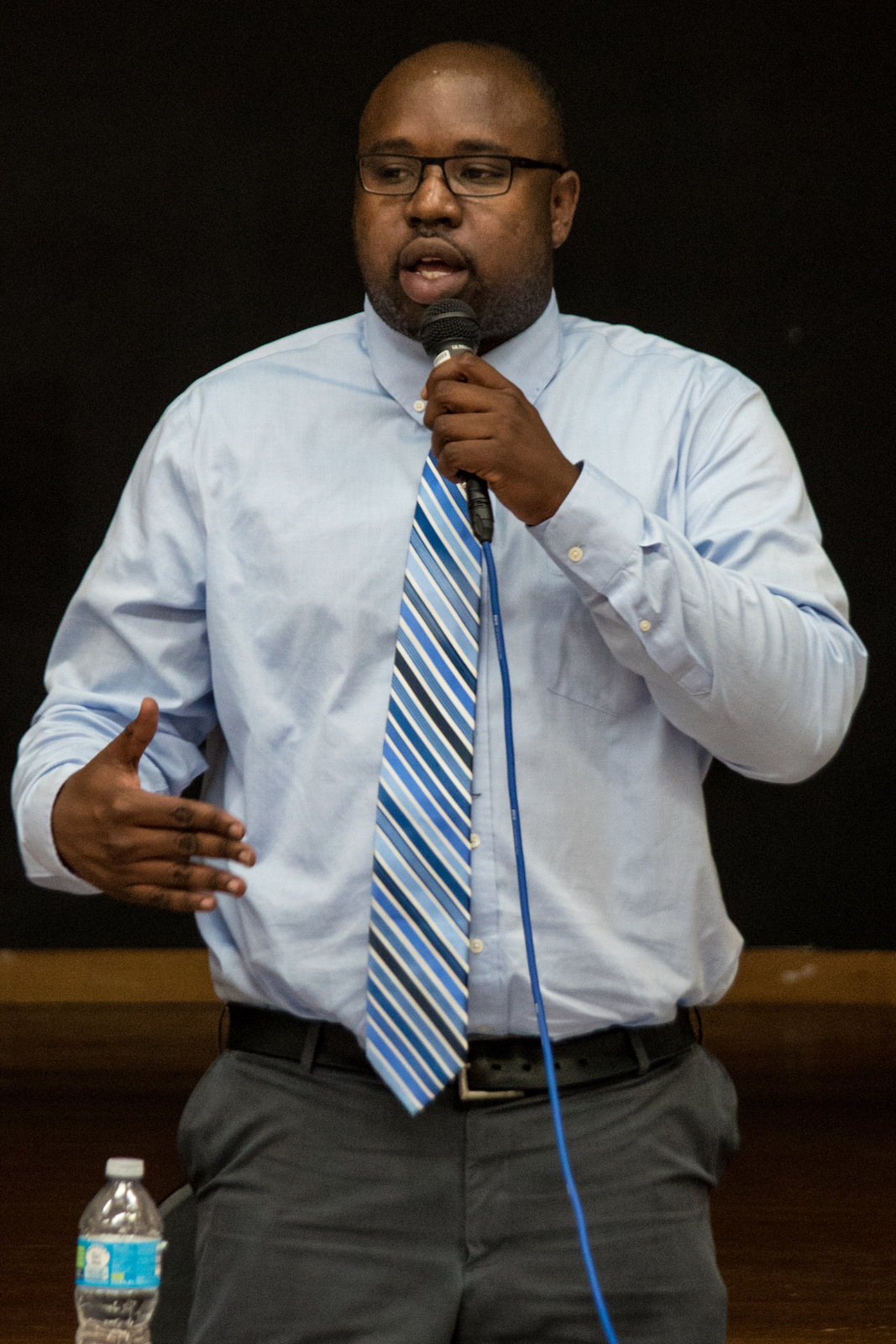 05 Oct Jael Myrick: Growing up in Richmond Colors My Worldview

Posted at 00:51h in People, Politics by RPadmin 0 Comments 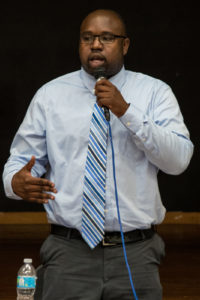 Councilmember Jael Myrick was appointed to the Richmond City Council in 2013 following the death of Councilman Gary Bell. The Richmond native was reelected to the city council in 2014. He was named vice mayor in 2015.

Myrick, who is up for re-election in the November 8 election, spoke with Richmond Pulse about where he sees Richmond heading and the major issues it faces, including the budget, crime and housing.

Richmond Pulse: Why are you running?

Jael Myrick: I think Richmond is in a place where we have countless opportunities ahead of us, but we’re also in a very fragile place in terms of the budget and crime as well as housing. We need leaders that are going to be compassionate and careful going forward.

With my experience on the council and in government, I felt I owed it to my community to put myself forward again to be part of the decision-making process for the coming four years, so we can work to put the city in stronger financial standing and deal with the other problems.

RP: How has your experience prepared you for this upcoming election?

Being on the council for the last four years allows me to understand how government works and how complex a lot of these issues are. One of the things I want to stress in this election—whether people vote for me or not—is the issues we’re facing in Richmond are not black and white. A lot of folks try to frame them as good versus evil. Having been in government I can tell you most people in government are trying to do the right thing. Everybody comes to it with a different worldview and perspective. Also, mitigating all of the pitfalls and challenges that are inherent in government requires a lot of skills, patience sometimes.

I have all of those skills from the past four years on the council and eight years of being in government.

JM: The budget. I think it’s extremely critical that we have a council that understands the need to maintain structurally balanced budgets going forward. We need to make sure we’re both bringing in revenue and watching our expenditures.

Public safety. It’s unfortunate that in the last couple of years we have seen our homicide rates click up a little bit. I think the city of Richmond has a model of how to reduce crime in a community-centered way. Our community policing model is the best program known for neighborhood safety. I think we need to increase support for those programs.

We also need to figure out how to send the message to our youth that—this sounds corny but—that we love them. And there is a future.

JM: Rent control is the definition of a complex issue. I will certainly say I respect folks who disagree with [the measure] because there are some challenges. That said, Measure L provides stability for close to 10,000 households, which is families so we know it’s more than 10,000 people. For those individuals, this is an opportunity to say at least these people are not going to lose their homes. Because of rising rents, people are not going to be gentrified or displaced. Then we can figure out what we’re going to do on housing for the rest.

Since Measure L is on the ballot, the voters have the ability to decide that. I think the voters should go ahead and pass it. We’ll find a way to fix it later. I think obviously fixing it would require another vote from the public but I’m more confident there will be interest in putting something on the ballot to fix the problems of Measure L than I am confident that there will be interest on the city council to pass a compromise proposal if Measure L fails.

JL: A city that still has the culture that raised me but has a ton of opportunities. I imagine Richmond in 10 years being a city where, because of the Richmond Promise, we’ve got a whole bunch of young people who are hopefully coming back, who will have degrees and careers. And people who raise another generation where it’s expected that young people out here go to college.

[I imagine Richmond] Back to where we were a couple years ago in terms of reducing violence. I think there are a lot of challenges in terms of getting to that place but that’s what it’s all about in my perspective, trying to build this community in a way where things are improving for our many people.

This interview has been condensed and edited for clarity.