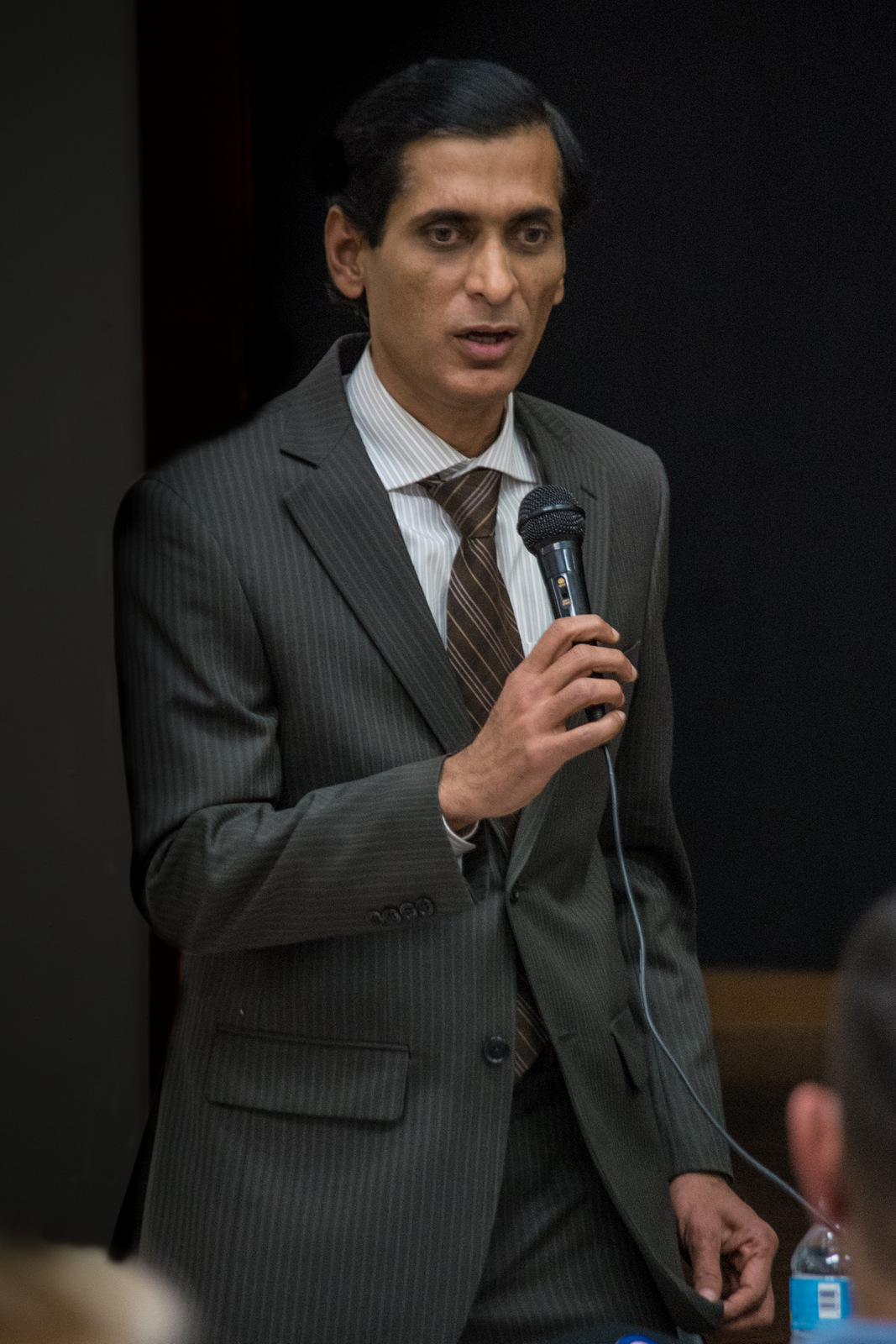 Posted at 00:39h in People, Politics by RPadmin 0 Comments 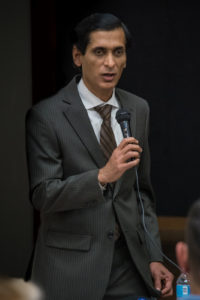 Vinay Pimple was appointed to City Council to fill the seat that became vacant when Tom Butt was elected mayor. Pimple was sworn into office in March of 2015. Originally from India, he moved to Richmond in 2010. He is an attorney and former software engineer.

Pimple spoke with Richmond Pulse about the city’s potential and plans to improve economic development and housing.

Richmond Pulse: Why are you running?

Vinay Pimple: When you are in public office, you can affect a lot more people. I volunteer for this organization called WriterCoach Connection. We go into a high school and work one-on-one with students on their writing assignments. It’s very satisfying and I like it, but it’s basically working with four students at a time.

Last year, we passed the Richmond Promise scholarship program. We awarded scholarships to about 400 students. So the effect it can have is just a lot bigger.

The second thing is that I’m an attorney and before that, I used to be a software engineer, which means I am pretty good with numbers. Those two things are very important, I think, if you want to be a public official. It’s the numbers that enable to figure out if you’re getting a good bang for your buck, if you’re doing things efficiently.

The third thing is personal. I am a blind person. When I was growing up in India, I didn’t have any computers. My friends and family would read to me. Without that help, there would be no chance of my coming anywhere close to where I am now. I feel because they helped me when I was in need, I should help other people who are in need. That’s why I volunteer. Being in elected office gives a more efficient way of volunteering.

VP: Keeping the city’s finances in good shape. I think we’re on a much better path than we were. Last year we came very close to going bankrupt. I fought very hard to make sure we have a structurally balanced budget this year and that needs to continue.

Economic development. I think about it as two things: addressing businesses and housing development in the city. [The two] often go hand-in-hand. If you don’t have a certain type of housing, businesses won’t come.

VP: When the City Council asked the city staff to come to us with a proposal, they came with four proposals. One of them, Option B, was similar to Measure L, and city staff told us that was the least recommended option.

I supported all the other three options. One of those options was a rent review board [like] they have in San Leandro. I ran the numbers and the rent in San Leandro has gone up [at a] much lower [rate] than in Measure L-type cities, which are Berkeley, Oakland, San Francisco, where the rent has been going up very fast. So the measure that is on [the ballot] is sort of the worst option. I supported the other options that were better.

Part of the problem with this kind of rent control—where you get to keep it at 3 percent or 2 percent—is that the rent-controlled units are effectively not on the market.

I just think it’s a really bad policy for renters in general, but particularly more so for people who live in our city.

VP: We do need to be more welcoming to businesses. Some of our council members are not very welcoming. Part of why the Berkeley Global Campus did not come is because they did not feel they were welcomed. As soon as a business wants to come here, we say, ‘You gotta do this, you gotta do that. If you don’t do this, you’re bad people.’ People demonstrated in front of them. [Protestors] went to [the chancellor’s] home and they vandalized the fence. You do stuff like that and you start making demands that business may not be in a position to meet.

One key thing is the Zeneca site. It’s a toxic site. The DTSC [California Department of Toxic Substance Control] is supposed to get businesses to clean it up. Once we get that cleaned up, we can start a lot of the development in that part of the city. That will be the big engine that starts the redevelopment of South Richmond. We have a buyer, a plan we want. It’s going to be a mixed-use, mixed-income development; there will be houses, business. We expect that to be a success.

VP: The way I imagine it is we have implemented the South Richmond Based Specific Plan, and there’s a lot of high-density and mixed-income, mixed-used development in that area. I think once we have done that, there will be more jobs [and] foot traffic, then there’ll be less crime. I think if we do it right, crime will go down.

I would like to see it less divided than it is now. We are a very segregated city. I think the South Based plan will give us a lively downtown, and that will be a good thing. It will be a city that is more attractive. People still think they have to go to Berkeley or Oakland or San Francisco to do something, and I hope that won’t stay the case.