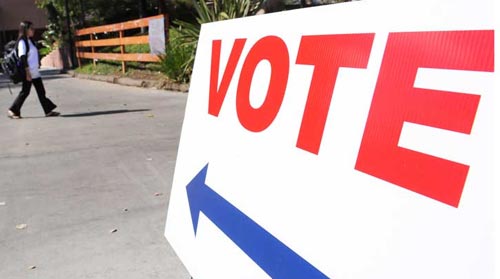 Posted at 22:03h in Politics, Youth by RPadmin 0 Comments 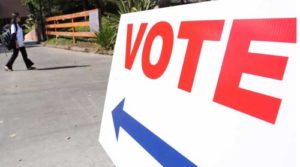 Many young people are getting ready to vote for the first time on November 8. But are the presidential candidates, state and local officials really addressing the issues we care about? Here’s a rundown of the some of the topics young people are talking about on social media.

Millennials were welcomed into the workforce years ago but like most Americans, older Millennials dealt with unemployment alongside thousands of dollars in student loan debt. Many Millennials now in their 20s were eager to avert unemployment woes by enrolling in college. Now we’ve graduated, or dropped out, with more debt than our predecessors. The class of 2016 averaged $35,000 in student loan debt, which is triple the amount in 1994.

Yet more companies require some level of college, if not a B.A., from job applicants. Tuition and college fees are at an all-time high. The average tuition at a public university is $23,061, and $47,831 for a private college. However, for the 2015-16 academic year, college enrollment dropped for the eighth semester in a row. Increases in financial aid didn’t make college affordable for all prospective students, especially if it was near impossible to avoid loans. How do we ensure those who want to attend college are able to afford it?

Getting there isn’t the only problem. On campuses, the racial climate is already tense for students of color, even with the rise of student involvement in the Black Lives Matter movement. Even as campuses become more diverse, marginalized students are susceptible to harassment outside and inside the classroom. Muslim students of all ethnicities face Islamophobic attacks.

Police harassment and violence is an issue that largely affects people of color, especially young black people. Young people are among the most vocal in fighting against police violence. Many universities hire private security and have police detail through their state or city. Police violence is seen as an issue in “the inner-city” but it follows people of color everywhere regardless of their socio-economic status or residency.

Speaking of residency, we know housing and gentrification are hot-button issues, especially in major cities. Yet we haven’t heard from either presidential candidate on how to combat drastic rent increases, discriminatory rental requirements, evictions and displacement. Millennials are making less financial commitments such as purchasing homes, which puts us at a greater risk for evictions in rapidly changing cities. We see older residents and families unable to afford rents or mortgages, leading them to lose their homes to banks and developers.

The job market has gotten better, but many people still deal with economic insecurity that affects their access to adequate housing, public transportation, and saving for retirement.

Additionally, some employers still don’t provide healthcare benefits. The Affordable Care Act made it possible for many more Americans to receive health insurance. However, the costs of health plans may still be unaffordable for people who have to make hefty payments for other bills and expenses. Young people can stay on their parents’ plans until age 26. If you are someone, like me, whose parents don’t have insurance plans that can cover their children (or have no plan at all), health insurance is another expense that can be difficult to afford.

Environmental justice pops up from time to time. Flint, Michigan is one of the many cities without clean water. In North Dakota, #NoDAPL activists are struggling to protect their water from contamination.

The Obama Administration deported more undocumented immigrants than any other administration, and mass deportations don’t seem to be slowing down. Neither is the detention of queer and transgender Latinx immigrants.

Bresha Meadows is a 15-year-old currently incarcerated for defending her family against her abusive father. She is one of the 50,000 juveniles locked up in the United States as well as one of many survivors of domestic violence punished for self-defense after law enforcement and social services failed them.

It’s not an exhaustive list, but it’s a start. The real question now is where the presidential candidates, state and local public officials stand on the issues that affect young people.

These issues are the subjects of national and local campaigns, many of which are headed by Millennials. But do young people plan to show up to the polls on November 8?

Voter turnout in this year’s primaries did not exceed the primaries of the historic 2008 election. However, there was actually a higher turnout of voters between 18 and 29 years old. The question is, will young voters who were rooting for Bernie Sanders cast their votes in November? Or are they so turned off by the vitriol of this campaign that they risk abstaining from voting altogether?

Personally, I plan to vote, and I look forward to seeing my fellow Millennials at the polls on Election Day.

Which political and social issues affect you as a young person in the United States? How do you want them to be addressed by the future president? Share with Richmond Pulse via Facebook and Twitter.