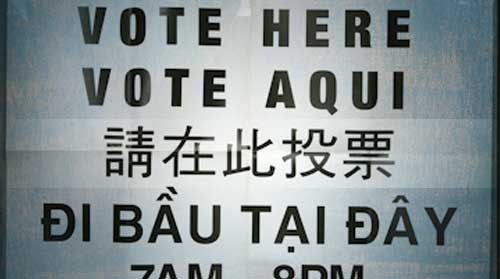 Posted at 14:53h in California, Police by RPadmin 0 Comments 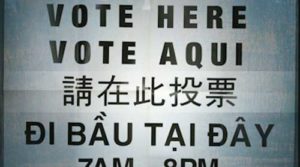 SAN FRANCISCO – A new survey of Asian American voters in California out this week finds that many do not vote on ballot initiatives because they don’t know enough about them.

With 17 ballot measures going before California voters this November that could make a key difference on outcomes come Election Day.

“API voters really see ballot measures as being very impactful and important, in some ways more so than candidate [races] because they know the direct consequences of a yes or no vote,” says Cristina Uribe, California director of the Ballot Initiative Strategy Center, which conducted the survey.

But she adds that the limited outreach by political stakeholders to the API community means Asian American voters are often less informed than general voters in the state.

A study by non-partisan APIA Vote found that in 2012 nearly 70 percent of API voters said they had not been contacted by either party in the run up to the election.

“These communities are receiving even less information than other voters,” she says, making them more susceptible to what is known as roll-off voting, where voters fill out the top of the ticket but skip the initiatives.

Uribe says roll-off among general voters averages about 12 to 13 percent, but for API voters the numbers are higher, averaging between 15 and 20 percent. A statement released in advance of the survey notes that much of that has to do with voter fears of making an ill-informed decision.

APIs make up nearly 15 percent of the California electorate. They are the fastest growing demographic in the country, and while they tend to lean Democrat many say that when it comes to ballot measures, they are less concerned with partisan ideology but rather frame decisions around “matters that need to be addressed for the sake of a better future.”

Not surprisingly, these include things like education, health care and affordability.

There are several California measures appearing on the November ballot that touch on these areas. These include Prop. 58, which would overturn California’s 20-year ban on bilingual education; Prop. 56, which would impose a cigarette tax that would be used to fund health care for low-income Californians; and Prop. 55, which would raise income taxes to fund California schools.

According to the survey, when asked about these initiatives respondents showed overwhelming support, with bi-lingual education and the cigarette tax garnering the most positive responses. There was only slightly less support for the income tax increase.

Uribe says that because the survey was conducted in late spring and early summer, it was too early to gauge attitudes on other measures, including repeal of the death penalty, gun control and marijuana legalization. She did say grassroots organizations are working to engage API communities on these and other topics.

“We think it is especially important when there are measures that poll well and resonate well with API voters, that campaigns use that as an opportunity,” explains Uribe. “There is real actual opportunity here to engage this electorate.”

She adds that giving them the information can help ensure that they “take the extra step and cast their vote.”

The survey of 1,800 Chinese, Korean, Vietnamese and Filipino voters was conducted in English as well as four other languages.

Among other findings, the survey showed that voters within each group more readily identify with their own communities rather than as “Asian Americans,” and that language was not seen as a major impediment to voting. Voters do think, however, that it is important to provide in-language guides and ballots.

When it comes to accessing information, respondents said there are few if any statewide leaders they look to for guidance on how to vote. Many said they rely instead on a variety of local sources, including in-language media and personal networks.

“No one is communicating directly with [APIs] on some of these key measures,” she says. Doing so can promise a “big return on your investment.”

For more information on California’s crowded 2016 ballot, check out 18 Million Rising’s AAPI voter guide, which is available in seven languages. There is also this easy-to-use voter guide from KQED’s The California Report.