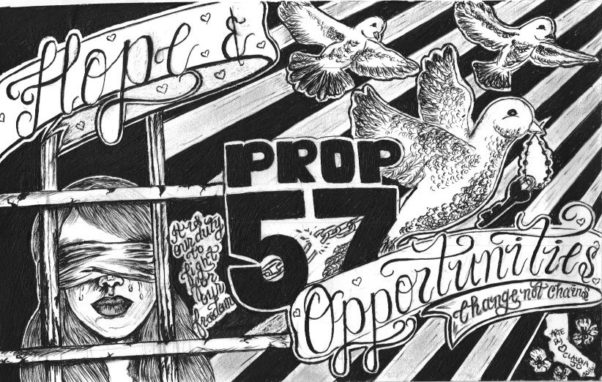 Posted at 20:17h in California, Politics, Youth by RPadmin 0 Comments 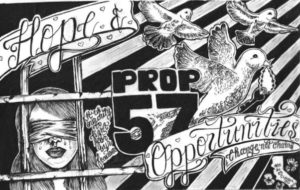 Editor’s Note: As a formerly incarcerated woman and now a criminal justice reform activist, I was overwhelmed with emotion when I first read about Proposition 57. I immediately thought of my older brother, who at 17 was sentenced as an adult to life in prison. When I lost him to the system, I also lost a part of myself. My life was forever changed. It’s an experience that George Galvis, the executive director of Communities United for Restorative Youth Justice (CURYJ), and Frankie Guzman, the Juvenile Justice Staff Attorney at the National Center for Youth Law, know all too well. The pair formed part of a team that drafted the legislation and say it will overturn decades of CA policy that criminalize youth.

What inspired you to write Prop 57?

Guzman: My brother was prosecuted as an adult when I was five years old. It changed my life’s trajectory. I grew up to commit a crime that could have easily put me in the same situation. Prop. 57 deals with correcting a major flaw in the justice system. Prosecuting kids as adults is the greatest harm done to young people by the state of California.

Galvis: For me this was deeply personal. As a young person I was incarcerated, and charged with multiple felonies. I could be doing 15 years to life right now, but I received a number of breaks that allowed me to transform my life and give back to my community. But unfortunately, there are not enough alternatives to incarceration … [California] is number one in prison spending and second to last in education. This has got to change. We want young people to be leaders, not end up in prison.

Opponents call Prop. 57 a “soft on crime” bill. What is your response to that?

Guzman: There is nothing “soft” about giving judges the discretion to make decisions. It is fair. Prosecutors have a problem with losing their power, which is why they are so opposed to this bill. Too much power in the hands of prosecutors is not a good thing. Additionally, prosecutors generally do not have any insight when it comes to rehabilitation. If judges have discretion, sentencing would look a lot different because they are not solely focused on convictions like prosecutors are.

Galvis: It is typical of the opposition to deem a progressive reform bill as “soft on crime.” This is a ‘smart on crime’ bill. It is also common sense, especially since juveniles belong in juvenile court and we should have never allowed them to be direct filed into the adult court system. There has to be investment and opportunities plus fundamental change in order to address the state of mass incarceration we are in.

There is evidence that younger voters support the bill. Why do you think that is?

Guzman: I think young people understand what is at stake. Every year, we have around 1,000 kids who are prosecuted as adults; most of them are black and brown kids. Prop. 57 would help correct this injustice.

Galvis: Young people understand injustice. They want to see change just like we do. We need to stop the shackling of young people. It should be change, not chains. Schools, not prisons.

Do you think Prop. 57 will help to reverse the ‘super predator’ mentality that continues to surround youth in this state?

Guzman: There is no such thing as “super predators.” Over the past 15 years, Prop. 21 [which passed in 2000 and allows youth to be tried in adult courts] has caused the destruction of young lives, families, and communities throughout the state. We need to stop being so draconian and instead embrace hope and opportunity. Kids have a lot of challenges. Many have a serious history of trauma, and have grown in turmoil. It is unjust for the state to prosecute them and punish them so severely. I don’t want young people to think we do not care for them. We do, and we need to start emphasizing self-healing and compassion.

Galvis: People who supported Prop. 21 and called young people “super predators” have come to terms with their error and are now acknowledging they were wrong. In the last few years, there has been a political shift. Many young people and adult allies have put a lot of effort into building a movement for social change. We are not thinking about November, we are thinking about past November. This is about liberating the dreams of young people and ensuring they are no longer persecuted. We’ve been in a very dark place. It’s time to move past that.