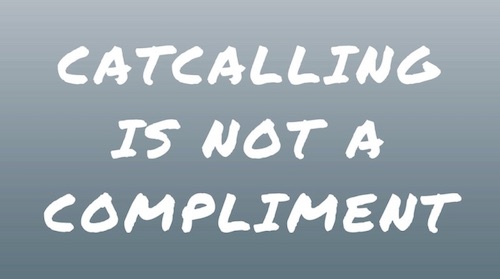 28 Oct Catcalling Is Not a Compliment

Posted at 16:47h in California, Youth by RPadmin 0 Comments 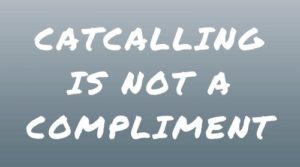 Ed. Note: Video tape of GOP Presidential candidate Donald Trump boasting of sexual assault on women has sparked a national conversation around the issue. For 15-year-old Juliana Taboada, catcalling by male classmates in and around school is an extension of the often demeaning treatment of women in our society.

MECCA, Calif. — I’d always wondered if my school was as safe as I thought it was. At 15, I’m still growing up and pretty innocent. I know there are many things wrong with our schools, but there’s one issue that needs to be addressed now. That issue is catcalling and the over-sexualization of young women.

Earlier this month, I was verbally harassed by 3-4 boys at school. I was walking to my fifth period class, and as I was walking I saw these boys in a group pointing and staring at me. I knew what was going to happen. I’ve been catcalled once before, but this time it was different. No one was there to help me, to tell them they’re disgusting. I was alone.

It felt like these boys took complete ownership of my body and I couldn’t do anything about it.

Now, since it happened so recently, I’m still terrified of just walking to class. It’s a sad thing knowing that I’m not even safe in my own school, in a place that’s supposed to work for me, to benefit me.

I never thought such horrible behavior would be within the borders of schools, but I guess I’m wrong. Even freshman boys know how to objectify young women. They don’t realize the amount of damage they do by just whistling at me or commenting on my body. It’s a harsh reality women have to deal with and can’t escape. In all honesty, even though it pains me to say this, catcalling is inevitable for women.

It’s even worse to to know that I’m only 15 years old and I’ve experienced the over-sexualization of women.

But it’s sadly not new, I was taught at a young age that I need to cover up my body and always be attentive of my surroundings, even at school. My schools have told me to dress a certain way, with lists of clothing I could not wear but only a couple things boys couldn’t wear. I knew the playing field was uneven but it was never a big deal before. I always thought if I wore something too “risky” I would call unwanted attention upon myself and it was my fault, not theirs.

But I was wrong.

I now know that regardless of what I’m wearing, you should have the decency and respect to leave me alone. I’m not your property. Catcallers have absolutely no right to yell at me from the sidelines and expect me to acknowledge them.

I’m a young woman, I’m a person. And it’s about time I start getting treated like one.