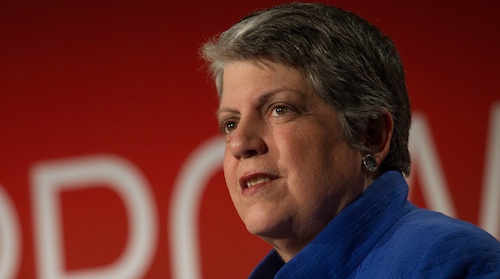 Posted at 22:40h in Education, Politics by RPadmin 0 Comments 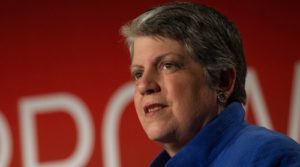 Ed. Note: On the heels of the election of Donald Trump, UC President Janet Napolitano says there are a lot of questions about how his presidency will impact the university, even as it prepares to welcome it’s most diverse class ever.

Briefly, do you foresee any impact on the University from the election?

The first impact is just a lot of consternation about what does this mean for students and for the university. We put out a statement – myself and the chancellors – saying our values include diversity and inclusion and tolerance. And nothing about this election changes that for the university community.

What will UC campuses do to support students who may feel targeted?

I’m going to meet with undocumented student groups in the near future. I am sure there is anxiety among students generally, but particular anxiety [among undocumented students] because we don’t know what executive orders Trump intends to repeal. Does that include DACA [Deferred Action for Childhood Arrivals] as well as DAPA [Deferred Action for Parents of Americans]? What does it mean for families of our immigrant students? So we will just have to work together and work our way through this.

What can we expect in terms of changes to financial aid under a Trump administration?

Trump said very little about higher education during the course of the campaign. So I don’t know anything specifically. I don’t even know who he will put in as secretary of education. One issue before Congress that was gaining traction was to have Pell Grants available during the summer, as well as during the fall and spring. Whether he will approve that or not, I don’t know. But it would be really helpful for lower-income students.

Do you think the campaign reflected a lack of public confidence in higher learning institutions?

I do, but not in institutions of higher learning per se, but in all institutions and anything that reeks of elitism. And we’re not elite. We have a very diverse student body. We are perceived as elite because under California’s Master Plan [for higher education], we only take from the top 12.5 percent of high school graduates. That’s the way we were designed. But because we don’t admit every student, we do get perceived as elite. And this was very much an anti-elitism election, so it makes it all the more important to emphasize what a social engine we are, not an elitism engine.

This is Opportunity Month at the UC. What is the actual opportunity?

The opportunity is to apply to the University of California. Yeah! Applications for freshman are due November 30. So we’re really making a push out there. I went to Deer Valley High School in Antioch a couple of weeks ago. We had 2,200 kids there and talked to them about UC, and that it is accessible and affordable. Really, if you’re in the top 12.5 percent of your class you can’t afford not to go to the University of California. It’s the best deal going in higher education.

What is the good news from this year’s enrollment data?

I think the good news is that we did it, that we challenged ourselves to add 5,000 students, which is not an easy challenge. A lot of work has to go into that. But we did it and I think we actually exceeded it by a bit. We’re welcoming the most diverse class in UC history, and that is even though the restrictions of Prop. 209 [California’s ban on race based admissions] remain in effect.

How well is the UC doing in terms of economic diversity?

What’s the biggest challenge looking to 2017?

We continue to be challenged by finances. You can’t cut your way to excellence, particularly when you are increasing enrollment. We need to have the faculty, the housing, the dining and the student services that go into a UC education. So squaring that circle between increasing enrollment and offering the same quality of education that we have in the past is my biggest challenge.

Getting back to the election, what can or should the UC do to help bridge the divide in our nation?

I do think this election revealed terrific rifts in our collective democracy. We have to figure that out. And to the extent there can be some really good thinking about how to do that at the University of California, we want to be part of the solution.