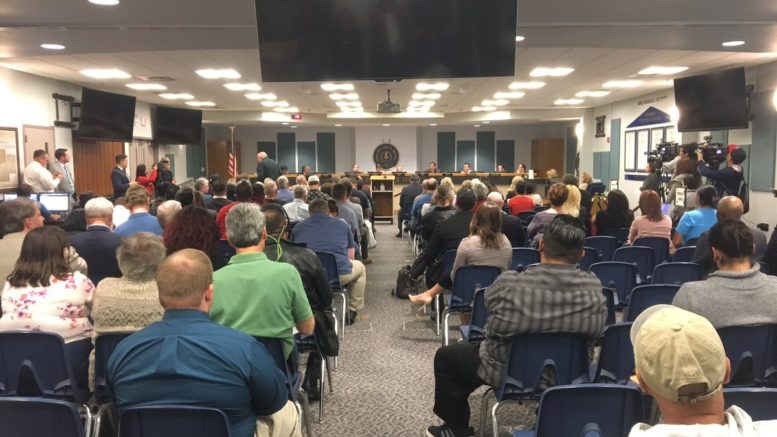 Posted at 17:01h in California by RPadmin 0 Comments 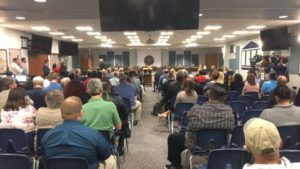 At a recent session of the Kern High School District Board of Trustees, members decided in a 2-3 vote to allow teachers and staff to carry concealed firearms on district property.

The meeting, held last Thursday, comes just months after the board voted to allow non-district employees who have a concealed weapons permit to carry firearms on campus.

Opponents of the move, including a number of local advocacy groups, say it will only put students and staff at more risk.

“This decision … is going to put teachers and kids lives in danger,” said Tom Russell, a retired police officer and former teacher. “We should not let just any untrained person go running around with a gun living some ‘cowboy save the day’ fantasy. There are actual lives on the line and I’m not sure the board really understands that.”

Russell was among some 60 residents who attended the Thursday meeting to protest the decision. They were joined by the Kern Education Justice Collaborative, Faith in the Valley Kern, and the Dolores Huerta Foundation, which helped organize the group despite the short 24-hour notice given by the board prior to the meeting.

At an earlier press conference held before the board meeting and organized by the Kern Education Justice Collaborative and the Dolores Huerta Foundation, Russell presented graphic images of a young person who was shot and asked if any teacher would really be able to do this to their student.

The decision by the board makes KHSD the largest school district in California to allow staff members to carry weapons on campus. Despite the state’s restrictive gun control laws, licensed individuals are permitted to carry weapons on school campuses with permission from the superintendent.

Barbara Kilman, who was one of the few parents able to attend the early afternoon board meeting and whose daughter attends East Bakersfield High School, criticized the timing of the special session, which made it all but impossible for most parents to attend. She called it “ridiculous,” adding, “some on the board … don’t care about what happens because they won’t be here to clean up the mess when it gets bad.”

Kilman said the board should have postponed the vote to allow more input from the community. “This is not fair to the parents, the kids and even the teachers,” she said, “and it’s hard to see this happen.”

The board decision elicited a wave of emotion from the crowd.

Bernita Jenkins, a former board member of the Greenfield Union School District, says she fears for students.

“We already have far too many students on our campuses who are afraid of going to school. Now, what this proposal is going to do, is give guns to people who are not quite ready,” she said.

As a former member of the Human Relations Commision, which is tasked with advising the Kern County Board of Supervisors on programs to eliminate prejudice and safeguard all residents, Jenkins said she heard countless stories of how some teachers would mistreat students.

“I was very surprised [to hear] how students were treated and how they felt targeted. That is why we need to be very careful with who we allow” to carry a weapon on campus, she said.

Jenkins also said concerned residents “need to seriously advocate to make sure our students are legitimately safe. We need everyone to show up and be a part of the discussion to make sure decisions like this do not happen.”