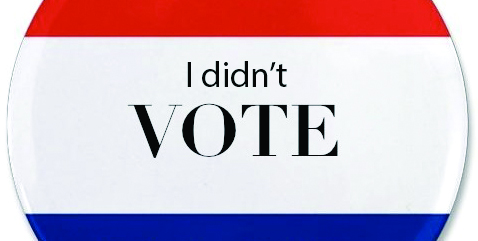 26 Nov Why I Didn’t Vote: Sell-Outs, Illusions and Ugly Campaigns

Posted at 02:32h in Commentary, Politics, Youth by RPadmin 0 Comments 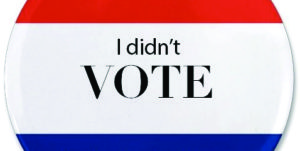 Millennials who decided to sit it out the 2016 election and why.

About half (50 percent) of eligible young people between 18 and 29 voted in this year’s election, according to exit polls. Richmond Pulse talked to the other half. Here’s what they had to say. 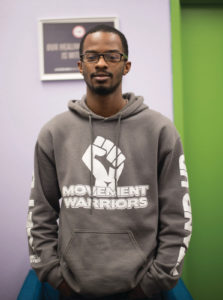 All of these candidates can say a lot on TV, but the truth of the matter is that if they’re not doing what they say off the TV, then it’s not really valid. Just knowing local people who run for City Council and they say all this and they win and then the tables turn once they get all this ‘power.’ I’ve seen it happen here in Richmond. They get in those chairs and they turn their back on these communities that they were supposed to be representing. It makes me feel like they’re selling out the community. Because if you’re not doing it for the community, who are you doing it for? 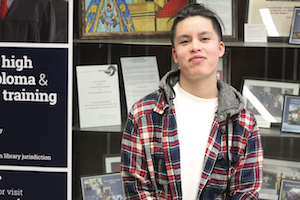 I voted for Obama when I was 18, my first time voting. I took pride in it back then. But as I learned more about the U.S. government, I didn’t have the same faith anymore.

Our vote seems like it counts but it really doesn’t. It looks good and sounds good but when it comes down to who’s going to push the policy agenda, they have already decided. I feel like it’s an illusion. I don’t know if I’m right or wrong but that’s how I feel.

Who was I going to vote for? They only gave me two options, Hillary [Clinton] and [Donald] Trump.

I was conflicted; I’m not going to lie. I was on the verge of at least voting for the local issues and for Jill Stein but by the time I made my mind up, it just flew right past me.

I didn’t think about how many people I let down by not voting. I figured most people would be voting. I didn’t know there would be so many people that wouldn’t vote in this election.

Trump being president, it’s like a reality show. It doesn’t feel real. I know a lot of people are scared. People of color are being targeted. It’s ugly.” 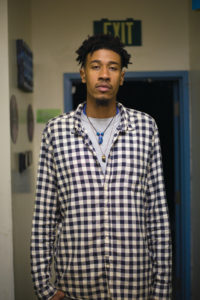 One of the reasons was distance. I’m registered to vote in Daly City so that was just kind of a hassle. There were some things I did want to vote on, like certain propositions, but I don’t usually vote. I haven’t voted before. Especially when it comes to the president, it’s always this idea of the lesser of two evils.

For me, a vote is more than something I’m just gonna give up. I feel like you have to earn a vote; I have to give you a vote because I believe in what you are saying. Especially in a country that constantly puts black people on the back burner. I don’t want to endorse anyone that doesn’t endorse me or my people.

For me, someone who would earn my vote would be someone that would actually come into our communities, East Oakland, Richmond, and actually hear what those folks need.” 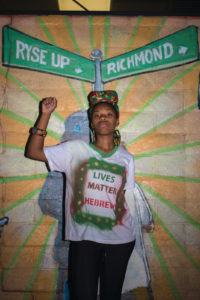 It doesn’t matter to me. I feel like the system is set up to where what I say, me being a chocolate queen, I don’t think that it’s in favor of me or my people. So I don’t see any reason to play into it or get my hopes up.

Either way, it’s a lose-lose.

It would be cool for young women to see a woman be president just like it was cool for my little brother to grow up with Obama being president, him being a black man, but look where we’re at right now.

My peers… it’s the last thing on their mind. We’re just praying, reading that scripture, trying to focus on getting our spiritual well-being set so that we’ll be alright. 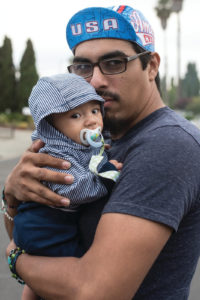 I did vote in the last election for Obama and I was very proud to vote. This election was very difficult to be invested in. The election was very ugly. More importantly, the mainstream news showed me that this country is divided. Not in a way where we could come to a middle ground, where we could both be somewhat happy, but in ways that would only fuel hate and destruction no matter who won.

There were smaller things to vote on as well as local elections but the trickle -down effect for the presidential election was present there as well. No matter what was voted for and against, I felt unhappy with the overall process.

My point of view is that the elections are an illusion to have us fight each other vs. [fighting] the corrupt government.