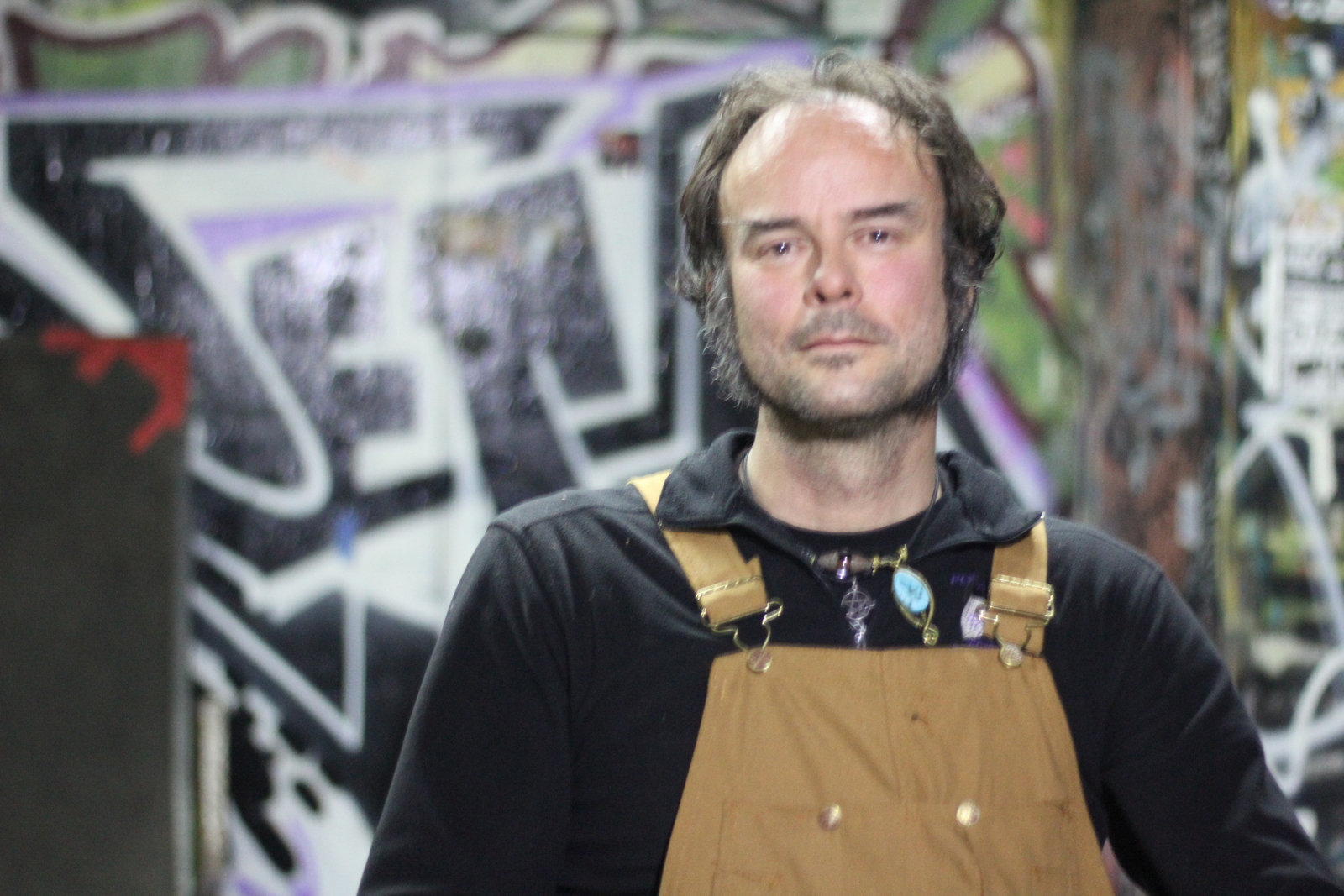 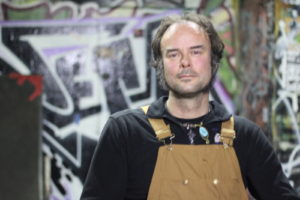 EDITOR’S NOTE: Michael Malin, aka Mykee Ramen, is the owner and operator of Burnt Ramen, a live/work warehouse in Richmond that has housed a recording studio and hosted events and live shows, mostly for the underground punk rock scene. Richmond Pulse spoke with Ramen about how the Ghost Ship fire in Oakland could prompt authorities to crack down on Burnt Ramen and similar warehouses that are centers of the local music and art scene.

UPDATE: On Dec. 16, the Richmond Fire Department, Code Enforcement, and Planning and Building Services Department conducted a joint inspection of Burnt Ramen. The inspection revealed numerous safety violations. It was determined that the building is not trustworthy for habitation, and the building was red tagged. All occupants of Burnt Ramen have been told to find other accommodations until the violations are corrected.

Richmond Pulse: In the aftermath of the Ghost Ship tragedy, some are calling on the need to regulate these types of spaces to keep artists safe. What’s your take?

Mykee Ramen: My take on it is that if they try to shut spaces down, they will go more underground. They will avoid detection by any means necessary. Municipalities like local governments do not have the resources to inspect everywhere that could possibly be housing a show.

I personally know two victims of the fire and they’re awesome people. It’s just heartbreaking what happened. But even more, it’s heartbreaking what has happened in the aftermath of that: the backlash against people just wanting to live their lives. I don’t think the people that died would want that to have happened. I think they were supporters of the creative arts and they’re people who wanted to express themselves and it’s unfortunate that their deaths are being used as basis for a witch hunt against alternative living communities and artistic expression. No municipality, no government organization wants to invest the resources that it’s going to take to thoroughly regulate these spaces. It’s much easier to shut them down. But in shutting them down, they will drive them further underground.

RP: In his e-forum, Mayor Tom Butt recently referred to Burnt Ramen as Richmond’s own ‘Ghost Ship’ and described it as an ‘unpermitted, unlicensed nightclub.’ He also wrote that because it had no business license, it has never been inspected. What is your response to that?

MR: The place has been inspected twice. As far as being a nightclub, I wouldn’t call it that. I would just call it our house and we happen to have bands come in and play every now and then.

I feel that the world that Tom Butt lives in is not the world that most people in Richmond live with. I feel there is a divide and the reality of Richmond is that a lot of kids here feel hopeless for the future. They feel like there’s nothing they can do that’s going to get them out of the poverty that they’ve been born into.

RP: When did you found Burnt Ramen?

MR: I’ve been here since 1998. I founded Burnt Ramen in 1994 as a recording studio in West Oakland and I ran that for four years. I was looking for a spot that I could actually afford to buy and I ended up going further north. When I saw that this warehouse was for sale, I just knew right then that this was the spot.

RP: What was your concept for the space at that time?

MR: I wanted to have some like-minded people move in. People I could get along with and run a recording studio. When John the Baker (musician/activist) showed up in 2000, he started designing bands’ websites free of charge and he also invited them to start playing shows here. That was the first era of Burnt Ramen, which was more hardcore punk. A lot of bands that became noticed worldwide, like Deadfall, Born Dead and Strung Up, got their start here.

RP: How would you explain what happens here?

MR: I feel like we have been able to foster a lot of communities. There needs to be a safe way to express aggression, especially in young males. Even recently, some of my co‑workers came to a show here and they saw a mosh pit for the first time and my co‑worker explained to his friends, ‘No, it’s OK if you get shoved around. It’s not something personal. It’s not something you have to retaliate for. It’s just like an expression of who you are. It’s just like, you let it out.’

RP: Is this place a ‘safe environment?’

MR: When we say that Burnt Ramen is ‘an unsafe space for all ages,’ people should be aware that they need to be accountable for their own actions. They need to be aware of their surroundings and threats to their person. And also it’s kind of a joke. But the most dangerous thing that people have to endure when they come to a show here is the walk between Richmond BART and our venue. So, yeah, when they get in here, it may seem like it’s unsafe, but the reality of it is people outside will rob you at gunpoint.

RP: You have an unusual living space. What led you to want to live in an untraditional space?

MR: I grew up in the suburbs of northern Virginia, even though I was born in California. Northern Virginia was a very conservative place to grow up in. It is really oppressive and I tried to find the freedom of expression I could. I was trying to get involved with the music scene that was happening at the time. Fugazi was really big and then this group called Positive Force was organizing a lot of shows. But I just didn’t fit in with them. I felt like there was a certain kind of, I guess you’d call it ‘political correctness,’ but there was like a certain kind of expression that wasn’t permitted under that system. And I’d had the idea that I wanted to move back to California, my birthplace, for a long time.

RP: What kind of freedom of expression happens here at Ramen?

MR: You know, George Carlin says you can have the freedom to express your thoughts if I have the freedom to punch you in the face if I don’t like it. These are the issues that I feel like people to the left of the political spectrum have failed to take into account. When you start to censor people’s political ideas or ideas under the guise of ‘hate speech,’ where does it end? It’s like, hatred breeds hatred. But hatred repressed is almost worse in a lot of cases. Censorship of hate won’t make it go away.

RP: Are there any down sides to living here?

MR: One of the major downsides of living here is that the area outside of our house is constantly dumped on. The city actually put up a camera on the street. What’s really crazy is the camera had a speaker and when it detected a motion in its field of vision, it would say, ‘Release the Kraken.’ And you’d look around and say, ‘What is going on?’ As far as I know, they were looking for dumpers but it was kind of strange that was at the entrance that a lot of people used when they come to events here.

RP: Are there some days when you’re like, ‘I’m tired of this?’

MR: That’s like every day (laughing). Well, I mean, part of it’s dealing with a 110‑year-old warehouse that was not really well thought out when they built it. It was founded in 1905 as a brewery, and then it was just expanded upon. The first four months I lived here, we had to haul out like 20 tons of dry rot. It was ridiculous. The building had been neglected for 40 years by the previous tenants. And this was a produce distribution center, a place where people went to get food.

So this is what I think of when I think of Richmond. Richmond attracted a lot of people during the war era [World War II]. And those people were expected to go home after the war but they liked it here so they stuck around. But unfortunately the jobs dried up and the opportunities. There’s a lot of poverty, there’s a lot of hopelessness and I would like to see my role as offering some expression of that. Maybe I can’t offer hope but at least you can express it, whether it’s through music, whether through graffiti, arts, skateboarding or some kind of BMX riding.

MR: I think places like Ramen are important because our society has certain standards that not everyone can live up to. There are things that are left over. People have feelings that can’t be expressed in their normal work day. People have higher aspirations than just sitting in front of a television, working a 9:00 to 5:00 job. They want to be an individual, they want to show their true talent and this is the canvas. This is the place where they can express themselves.