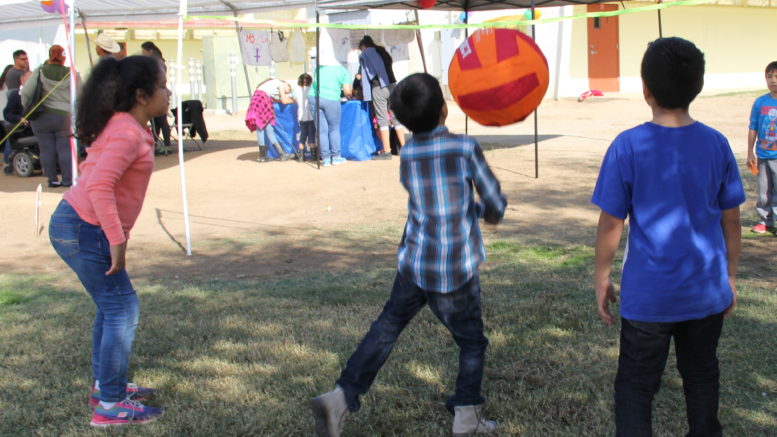 Posted at 16:58h in California by RPadmin 0 Comments 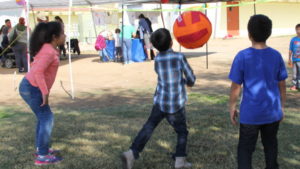 SHAFTER, Calif. – It is understandable why the Center on Race, Poverty, and the Environment, along with more than 100 other environmental, labor, and civil rights organizations, is calling for a 24/7, 1-mile buffer zone between schools in Kern county and nearby fields.

Over the past four years, students at Shafter High School have been breathing air made toxic by local pesticide use. Now, the state agency in charge of regulating pesticides is set to allow farmers to use even more of the cancer-causing pollutant called Telone.

The state’s decision puts the health of Shafter students and their families directly at risk.

According to its own data taken last year from an air monitor set up at Shafter High School – one of six across California used to gauge pesticide levels in the air – students at the school have been exposed to levels of Telone, a known carcinogen, at rates double the recommended limit set by California.

So what did the Department of Pesticide Regulation (DPR) do in response? In October, the agency instituted a new policy raising the Telone “safety cap” by 50 percent. That means that starting January 1, farmers in Kern County will now be able to use 136,000 pounds of the fumigant per year, instead of the previous 90,250 pounds.

The new rules also allow for use of Telone across 34 of the county’s 37 townships, an area that covers roughly 6×6 square miles.

The DPR defended its decision, saying the previous regulations allowed farmers to carry over unused amounts from year to year meaning that in some years, usage of the pesticide was nearly double the limit.

But local residents are far from assured.

The European Union began phasing out use of Telone, also known as 1,3-Dichloropropene, in 2007 citing its risks to humans and animals. California banned it in 1990 after studies showed links to air pollution. But the chemical’s manufacturer, Dow Agro Sciences successfully lobbied to lift the ban in 1995.

In Kern County, Telone is injected into the soil before planting carrots, nut and fruit trees and vineyards. In 2013, the county had the second highest Telone use of any county in California, at 1,569,053 pounds.

Dow insists that the chemical dissipates after injection into the soil, but tests show fumes from the pesticide are known to escape the soil’s surface after its application, polluting local air, putting families in Shafter — and especially children most vulnerable to pesticide hazards — at risk.

So, it was welcome news when, in September, the Oakland-based Center for Environmental Health sued Dow, alleging the agrichemical giant failed to inform Shafter residents of the dangers of Telone applications. (Memos uncovered by lawsuits also show that Dow knew of the risks of Telone as far back as the 1980s.) < http://www.sfchronicle.com/opinion/openforum/article/State-water-board-must-set-limit-on-carcinogen-in-10784278.php#comments>

But there is more that needs to be done.

The shockingly high level of Telone found at Shafter High School is especially troubling given the quarter-mile buffer zone that Kern County established to protect schools from the harmful effects of pesticide use. The zone is among the most protective in the state.  In other words, no Telone was used within a quarter mile of the school, and yet dangerous levels of the toxin were present in the air.

That suggests Telone drifts FAR from its target. That also means other schools, daycares, workplaces, parks, and residences closer to Telone applications face even more dangerous cancer risk levels than those found at Shafter High. We just don’t know the figures, because the only pesticide air monitor in the county is at the Shafter High School.

In the long-term, California should look to the rest of the world for guidance. Norway has banned fumigants entirely, and before critics say I can’t compare California agriculture to that of a small European country, remember that Telone is banned in the European Union — a population and agricultural industry far bigger than California’s.

If community health really matters, then we need to phase out toxic drift-prone pesticides like Telone. DPR just moved in the opposite direction — making our health and that of our children less safe.

Valerie Gorospe is a community organizer with Center on Race Poverty and the Environment.