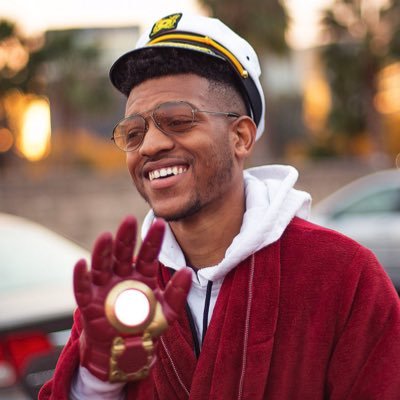 13 Jan Richmond Funnyman William Haynes: The Internet Is a Place for Artists

Posted at 19:30h in Arts and Culture, People, Youth by RPadmin 0 Comments 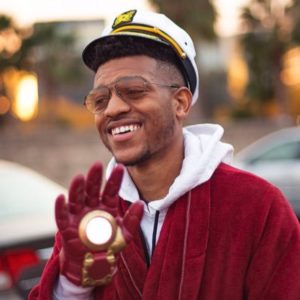 EDITOR’S NOTE: Richmond native William Haynes, 23, is the host of the YouTube comedy news show, “People Be Like.” Haynes is an actor, comedian, writer, rapper and video producer. A former RYSE Center alum and Richmond Pulse contributor, Haynes left Richmond for Los Angeles in 2011 at age 17 for film school. After three years, he dropped out of school to pursue a career mixing his two loves, media and comedy. He recently discussed his ascending career with Richmond Pulse.

RP: How did you originally get your start on YouTube?

WH: In 2008, President Obama was running for president and I would upload clips of me doing his speeches. Eventually I realized that it could just be a platform for me to try to make videos and make my friends and people laugh. I was doing it from my room and also some of it at the RYSE Center ‘cause they had just opened around that time.

RP: How did your time at the RYSE Center help you?

WH: One day I was walking down the street trying to go to the library with my friend Jose and somebody gave us a pamphlet to come to RYSE on its opening day. We went in and I was in love with it from the beginning. They had DJ classes and eventually they started up the video program and I really wanted to be a part of that. I really got the basics before I even went to film school. Not only that. The people there just taught me about the community and how we really had a responsibility to be a part of it and help each other on a person-to-person basis.

RP: Do you want to transition to TV?

WH: I have no intentions to go to TV. I really like the internet because that’s where reality is. Things on TV are often overproduced to me. I think the internet is a place for artists. People are making things for the universe, not just for an executive that wants a certain thing and a specific demographic.

RP: What has been your biggest break so far?

WH: I’d say to my peers, when I was on Shark Week during a commercial, that was a pretty big deal. Or when I was live on TV on Sci-Fi during the summer. But for myself personally, it was when I made my first mixtape and filmed a bunch of music videos for that.

RP: You recorded your first mixtape last summer, ‘Tunnel Vision.’ What led you to get into music?

WH: I originally wanted to make a comedy rap album but as I started writing music, it didn’t come out as funny as I intended. It came out to be real, expressing myself and how I really felt. So after that, I kind of just fell in love with music and how cathartic it can be and how it has no limits or bounds.

In my music I mainly focus on the thoughts and feelings I have that don’t have a place in my other forms of media. Positivity and love are definitely at the forefront.

RP: In your song Crack of Dawn you say, ‘Don’t stop making, I’m a machine at it. Had old friends turned to drug addicts, keep my mind right, I’m the true addict.’ What did you mean by that?

WH: I feel like I’ve always been close to addiction. My mom has worked with women’s facilities that help drug addicted women my whole life so a lot of those women became close family friends, often babysitters. I feel like my early life exposure to these people has caused me to pick up their mannerisms. I try to focus my need for constantly feeling something into my work and art. When I say ‘addict,’ I mean I’m an addict to loving people and my work ethic.

RP: I saw on Twitter you needed a full jazz band in 2017. Is this the ‘Kind of Blue’ Miles Davis era that you’re entering now?

WH: I’ve been listening to a lot of Stevie Wonder and things like that and I really want to take my voice to a level where I can do something like Nina Simone or someone like that. Jazz is truly undefined. I’ve never been confident in my singing voice but I feel like if there was any place I could do it, it would be with a full jazz band.

RP: How has your view of Los Angeles changed since you moved there?

WH: I’m a drastically different person than I was when I moved here. When I was 17, I was very afraid. But now that I am 23 and I’m an adult, I’ve been in the city for five years and I feel like I really do know it and I actually do love it now. When I first came here, I didn’t see the true beauty of Los Angeles, but here opportunities really are limitless. There are so many more opportunities in the entertainment industry here than anywhere else so I do love Los Angeles.

WH: I miss Richmond on a daily basis. I don’t know if you knew, but I ran for mayor of Los Angeles a couple months ago and if I lived in Richmond still, I feel like I would have done that too. I love Richmond and I want to come back and serve that city in any way that I can.

RP: Why did you run for mayor of Los Angeles?

WH: I was really upset about the results of the 2016 election and wanted to take things into my own hands. I felt like I hadn’t done enough with my energy in driving political change. I went to the county clerk’s office and filled out the paperwork to run for mayor. I was really trying to find out what I could do to deal with problems people in this city face.

RP: But you ultimately dropped out of the race.

WH: I realized that politics was limiting and art is the most natural form for me to drive change. With art, I can be honest. You don’t expect your politicians to be honest.