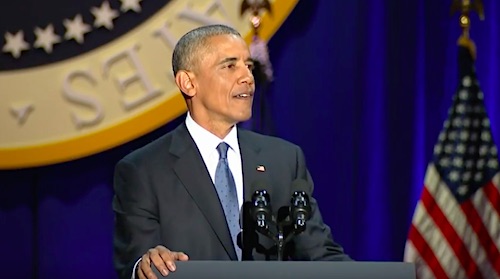 Posted at 16:35h in National, Politics by RPadmin 0 Comments 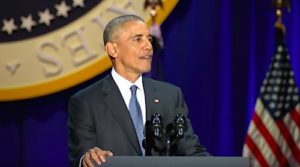 EDITOR’S NOTE: Now that Barack Obama has left office, the nation reflects on how history will remember the 44th president. Richmond Pulse reporters weigh in on how will they will remember the Obama era, what stood out for them and what disappointed them.

There was a time during Barack Obama’s presidency that I felt kind of comfortable as a citizen. His victory as the first black president of the U.S. was historic and very promising to many. His campaign was all about hope, change and possibilities. He made promises that many of us hoped he would deliver on, like immigration reform, criminal justice reform, health care. I felt very proud to have a black president. It showed many of us that anything was possible, no matter [what] race [we were].

As an undocumented immigrant, his victory was especially important to me because he promised immigration reform. Although under his presidency more than 2 million people were deported, I am still grateful that he had good intentions with DACA and DAPA. Nonetheless, I will remember the Obama era as a time of hope and endless possibilities.

I was 17 years old when they announced that Barack Obama had won enough electoral votes to become the 44th president of the United States. Even though I was too young to vote in the election, I still ran out of my dorm room at San Francisco State cheering and chanting with the swelling rally erupting outside. I felt the tangible sense of victory that we put a candidate who spoke of hope and change in the highest office of this country.

While I didn’t agree with everything he did while in office, I loved how he brought folks of color into spaces that have historically denied their access. He and Michelle embodied true grace and dignity as the first family. It was heartbreaking to see them go, but I’m so grateful for the way they inspired my generation.

‘It’s not only white people who can win in politics’

One thing that will always stick out to me, while also disappointing me during the Obama era, is the fact that the Republicans hated him so much that they literally attempted to block every order he made. Why? Is it because of racism or because of his political affiliation? I have no idea.

Either way, the Trump era will bring change. Whether it will be good or bad is beyond me. However, Obama’s election into the White House has definitely helped people of color see their true worth. His election has definitely showed that it’s not only white people who can win in politics.

‘I will miss their presence’

I believe that President Obama presented a new face of politics in D.C. I do appreciate the hope that he represented within his time as president. I believe he brought many great things to the country: lowering the unemployment rate, LGTB rights granted, supporting and pushing for the DREAM Act. However, there are a few things he could have done better. There could have been less deportations, no usage of drones. I would, however, way prefer him over the incoming elect. The Obamas were very likable and I will miss their presence.

I appreciate everything Obama stands for. I will mainly remember him as a strong man who went into a helpless situation with a positive attitude, trying to inspire, uplift, and benefit the communities that need it. Obama always came across as being someone who spreads peace and positivity. He has done so much for our country and always made us feel included.

I will miss Michelle’s inspiration to eat healthy and love yourself, Michelle’s and Barack’s events to spread love and his words of wisdom and strength as one.

I’ve noticed that for some people, Obama getting elected meant they could sit back and get comfortable, when in reality it was the perfect time to let the world see what we can do.

I hope America learned from Obama. I hope they’ve learned that hate and anger doesn’t help you progress toward a better future. Peace, love, purpose and respect give you no limitations. I hope America takes from this that you can do anything you want, no matter the color of your skin.