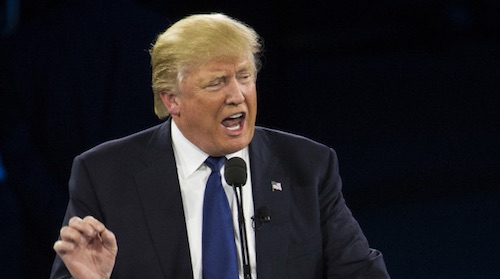 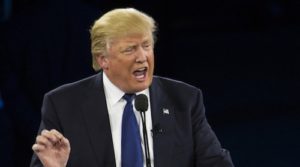 On the eve of the inauguration for one of the most divisive presidents ever to take office, hate crime researchers are advising journalists to keep a close eye on the intersection of crime and hate speech in their communities.

“Research has shown that in the wake of a catalytic incident, such as 9/11, [it] can create a correlation of a spike in hate crimes,” said Brian Levin, criminal justice professor at California State University, San Bernardino, and director of the Center for the Study of Hate and Extremism.

Statements made by political leaders immediately after such momentous events also have a profound impact on hate crime statistics. Levin pointed to some of the more toxic campaign rhetoric from president-elect Donald Trump as example.

Donald Trump’s campaign speeches targeting Latinos and other minority groups were followed by a sharp increase in reported hate crimes, increasing at one point by as much as 86 percent, Levin said.

In contrast, the speech by President George W. Bush at a Washington-area mosque six days after the September 11 attacks resulted in the level of hate crimes falling by double digits.

Even more recently, the community of San Bernardino experienced zero hate crimes in the wake of the 2015 mass shooting, a detail Levin attributes to the respectful tone set by political and community leaders.

That’s not to say those communities were immune to hate speech. Phyllis Gerstenfeld, criminal justice professor at California State University, Stanislaus, said it’s important for journalists to distinguish between the two.

“Hate speech would be something exhibiting hate without a criminal act,” she said. “If there’s no criminal act, then hate speech is protected by the First Amendment.”

The line between the two can get fuzzy however, especially when there are threatening comments involved, Gerstenfeld said.

Even when a crime has occurred and seems tied to a message of hate, researchers say most prosecutors are reluctant to file hate crime charges.

“In order to convict someone you have to prove that they were motivated by the victim’s group,” Gerstenfeld said. “Proving motivation is always difficult though.”

Most states have laws protecting groups based on ethnicity, country of origin and religion, but few include provisions for gender identity and sexual orientation. Five states, including South Carolina, Georgia, Indiana, Arkansas and Wyoming don’t have a hate crime law on the books.

In those cases, Gerstenfeld said, the federal government can step in and prosecute under its own hate crime law, as was recently seen in the case of South Carolina mass-shooter Dylann Roof. This is rare though, and she said the federal government typically only steps in when there is a high body count or other aggravating factor.

Although anecdotal evidence may suggest the United States saw an increase in hate crimes in 2016, researchers say proving it will take some time.

Currently, national hate crime statistics are published through an annual report from the Federal Bureau of Investigation (FBI). The data is widely seen as flawed, though, because it relies on voluntary participation from local law-enforcement groups nationwide.

Some states like Tennessee fine local law enforcement agencies that don’t participate, while other states like Mississippi opt out completely, Levin said.

African Americans have historically been the most targeted racial group for hate crimes, accounting for 53 percent of the 5,850 hate incidents reported in 2015, according to FBI data.

While hate crimes overall are on the rise — increasing by more than six percent between 2014 and 2015 — the number of hate crimes reported against Latinos remains relatively unchanged.

“We’ve been in a range of 105 to 160 anti-Muslim hate crimes a year since 2000, but again this is dependent on self-reporting from local agencies,” he said.

With the exception of California, states do not specifically require police to undergo training on how to identify potential hate crimes. That missing component can lead to hate incidents being misidentified or going unreported, Gerstenfeld said.

Covering Hate Crimes in Your Community

Reporters can help fill the gap in hate crime reporting through coverage of local incidents in their communities, said A.C. Thompson, award-winning investigative journalist with ProPublica. The nonprofit news outlet is working to establish a mapping database to record incidents of hate crimes across the country.

“We’re trying to add another layer of information to what’s out there,” he said. “People around the country can report hate crime incidents and hate bias.”

For those reporting on hate crimes in local communities, Thompson recommends straddling the line between sympathy and skepticism towards victims.

“You want to get the best sense possible of whether or not the story makes sense,” he said.

One of the best ways to approach a potential hate-crime story is to look for witnesses to the event. Thompson recommends reaching out to individuals who may have seen or heard from the victim around the time of the alleged crime for help corroborating a story.

Additional sources like medical records and police reports are also important, as they can add further proof of injuries or damage resulting from a hate crime.

Social media is also a great reporting tool, and it can help provide more insight into the motives of victims and criminals, Thompson said.

News stories drawing attention to such incidents will not only help keep communities from suffering in silence, but also assist researchers develop a clearer picture of hate-crime trends.

Stories reported through the ProPublica database will be vetted and recorded for future investigation by other journalists and experts, Thompson said.

“The idea is to map and track as much as possible in the absence of solid federal data,” he said.