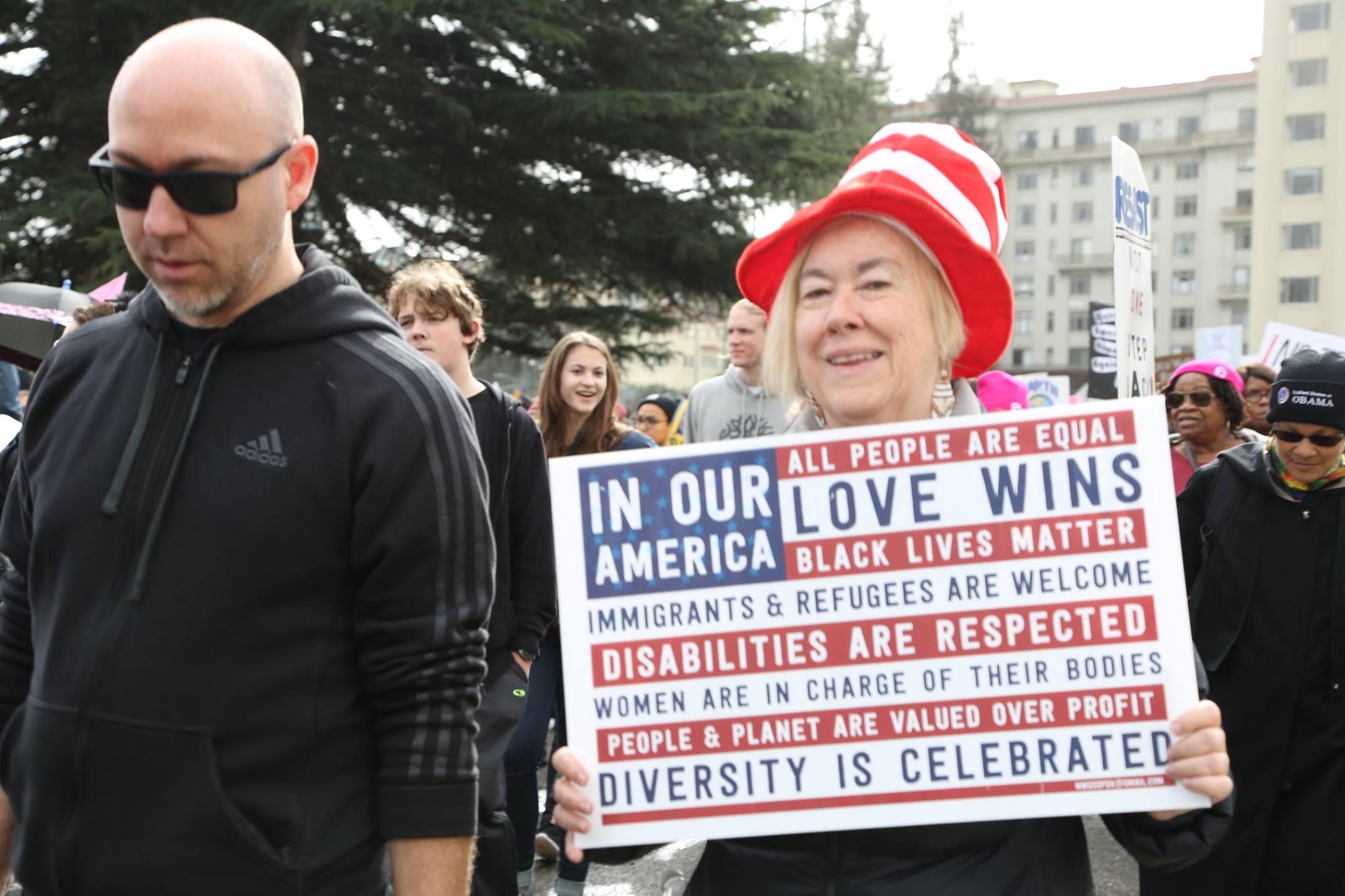 27 Jan Voices from the Oakland Women’s March: ‘We Are Beginning a Revolution’

Posted at 19:16h in Arts and Culture, Politics, Women by RPadmin 0 Comments 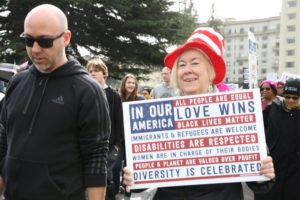 Oakland police estimate that 100,000 people participated in the Oakland Women’s March on Saturday, one of hundreds of marches that took place around the world in response to the inauguration of President Donald Trump.

During the march, I talked to a number of people about why they were there. Here’s what they had to say.
I’m here to get my voice heard and because a–holes should not be in charge.

I would like to see the 14th Amendment put to use, living up to its full potential.
– Lucy Knopf (from Marin, middle school student)

I would love to see people taking action to counteract all negativity when it comes to sexism and racism.
– Kellen McGee (from El Cerrito)

I would like to see more unity, positivity and voices heard in school. I hope people will organize and stay organized so these kinds of tragedies don’t happen. I would like to take a sense of hope from this march and hopefully this isn’t the end.

I am here because this affects me and my family. I want to help women find their power and voice. I feel a sense of hope to see people who care, and people coming together for one cause with love and positivity.

I am here because I don’t like the direction we are going in as a country. Trump’s trying to reverse all the good we’ve created to satisfy the billionaires. My advice would be to get out and get together to make democracy work.

I am here because women’s rights matter. I feel good to be involved in something that brings the community together. I would like to see everyone get together, be positive and peaceful.

I am here because I’m curious what activism looks like. I would like to see a million white men against Trump. I still have an undecided feeling, with questions of … Will this work? and What will it take to leave an imprint? I would like to see justice and morality.

I believe part of my purpose is to help my community and stand up when things aren’t right. We are beginning a revolution.
– Debra Collins (from Oakland)

I am here for my voice to be heard, mainly to be an example for my daughter, showing her not all protests are violent. I want to see an administration that includes ideas and values of the 54 million that didn’t vote for Trump.

I am here today because s–t is f—-d. I would like to make connections at this march and to make the world and country better.

I am here to express myself as a woman. Standing in solidarity is very empowering. I would like us to take away that today is the largest women’s march. I’m completely ready for equal rights to be normal to us and not so rare.