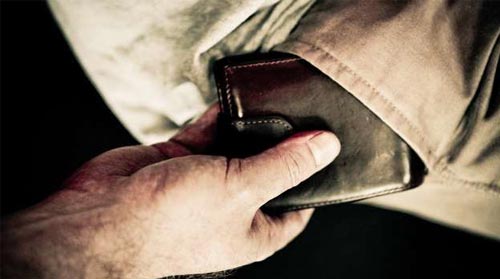 Posted at 22:03h in California, Elders by RPadmin 0 Comments 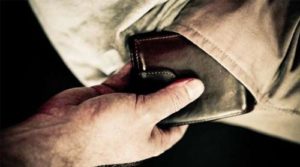 First article in a series.

When her husband died suddenly and unexpectedly from a massive heart attack, “Mary” – who asked that her real name not be used due to the sensitive nature of her story – was devastated and began spiraling downward.

He was only in his late 60s and in relatively good health, she recalls. Mary fell into a severe depression after his passing. “I withdrew. I isolated myself,” said Mary, now 70, who lives in Playa del Rey, Calif. In addition to her despair, she believes the antidepressants she was taking contributed to suicidal thoughts. She attempted suicide – overdosing on powerful painkillers she had for treating arthritis, she said, and was hospitalized in 2015 and admitted to an inpatient rehab facility.

Exploited by Her Daughter

Previously, Mary had appointed her daughter as trustee under a family trust and agent under powers of attorney to manage her finances if she was ever unable to do so herself. It was during this time that – due to Mary’s psychiatric issues – her daughter’s authority under a power-of-attorney document and trust became effective.

Mary had been financially supporting her daughter, who was living in Mary’s home along with her daughter’s son. But instead of acting in her mother’s best interests, “she ran up $120,000 in credit card debt, which I only recently found out about,” Mary said – money spent on everything from online shopping to food delivery.

Her daughter purchased a new car in her mother’s name, a new refrigerator and three new computers, all with Mary’s money and without permission; she rented out her mother’s bedroom to bring in more income for herself; and she failed to pay property taxes on Mary’s home.

According to research funded by the U.S. Justice Department, about 1 in 20 older adults report being financially abused by a family member in the year prior. Although definitions vary, elder financial abuse is generally considered to be financial exploitation, such as stealing money or taking over assets without permission, of an older adult – 60 or 65 and older – by a family member, caregiver or another trusted person, like a financial advisor.

By one estimate from the San Francisco-based financial services firm True Link Financial, seniors lose nearly $36.5 billion to financial abuse annually. A previous widely cited estimate from MetLife put the figure at less than one-tenth of that – still a high loss, at $2.9 billion; but many experts say that’s most certainly a gross underestimate, given how very few financial exploitation cases ever see the light of day.

The MetLife estimate was “based on only cases that got media coverage, which must be some tiny fraction of 1 percent of all elder abuse cases,” said Kathleen Quinn, a senior advisor and past director of National Adult Protective Services Association.

Because the perpetrator is typically a family member or caregiver, experts say being financially exploited can deeply undermine a person’s ability to trust others, leading them to withdraw and become isolated. That can make a person more vulnerable to re-victimization. Studies show financial abuse can increase hopelessness and risk for depression, even raising suicide risk.

“This is obviously about more than just money,” said Sarah Barnard, a social worker who manages an elder abuse prevention program at WISE & Healthy Aging, a nonprofit social services organization in Santa Monica, Calif. Going from a place of stable financial footing to no longer having money needed for daily expenses can be “psychologically devastating,” Quinn said.

After Mary’s condition stabilized, she was transferred to an assisted living facility. “I really wanted to come home, but my daughter said I couldn’t,” she said. Instead, she languished for six months at the facility, paying $2,000 a month to be there, before finally coming home.

That’s proved an involved affair, as her daughter had been withholding her driver’s license, medical insurance cards, credit and debit cards and other money, said Dominique Sanz-David, a staff attorney at Bet Tzedek. Instead, Mary’s daughter generally used her mother’s money for her own benefit, Sanz-David said.

Not having access to her own financial means or identification did more than rob Mary of money. “I was basically a faceless person,” she says. “She had me totally isolated.” Mary notes that she couldn’t even talk to her doctor without her daughter’s permission. The ordeal has not only taxed her financially, but it’s taken a toll on her mentally. “I was depressed,” Mary said. “I was hopeless.”

Experts say the scenario Mary found herself in is a familiar one, where an adult family member exploits a supportive relationship, such as when the perpetrator is already living in the home. Often those who are financially abused have recently lost a spouse and may otherwise be alone.

That makes it incredibly important – while also often being exceedingly difficult – for the individual experiencing the financial abuse to seek outside help. That includes contacting Adult Protective Services and law enforcement to put pressure on the perpetrator to cease the abuse. Though it can be difficult in many cases to recoup money lost – since frequently it’s spent and perpetrators commonly have limited monies of their own – experts still often advise filing a civil lawsuit as well.

Mary says Sanz-David has been instrumental in helping her regain control of her finances, while huge hurdles remain. Mary has worked with a debt consolidation [http://tinyurl.com/gq8yvaj] attorney to begin paying down a lower negotiated amount on the credit card debt. She’s looking to return to the workforce – a difficult prospect, given her age, she said. Mary added that she plans to sell her house when she’s able and relocate, possibly out of state so her property tax burden is lower. It’s all together a monumental undertaking.

It remains unclear what repercussions – including any criminal charges – her daughter will ultimately face as a result of Adult Protective Services reporting the issue to local law enforcement. Experts say victims – particularly older parents – are often unwilling to take action against family members.

Similarly torn, Mary still allows her daughter to live with her. Sanz-David advised Mary to get her daughter out the home, and told her she could get a restraining order because of the financial abuse. She also advised her to take civil action, but Mary has declined to do so.

“Mothers and grandmothers do not want to hurt their children and grandchildren even at their own expense,” Sanz-David said, so she advised Mary to contact her if she changes her mind.

A reluctance to take action – as well as shame and embarrassment [http://tinyurl.com/jls5azo] of having been exploited – is frequently used against victims of financial abuse by those perpetrating the abuse, experts said, to not only conceal it, but to re-victimize.

Mary, for one, said she is firmly back in control of her finances – if still struggling mightily to pay for damage done by her daughter. “She doesn’t have the durable power of attorney, so she can’t commit any financial obligation to me without my permission,” Mary said, while acknowledging that some patterns continue.

“She’s told me that she’s sorry, and she’s going to get a job, but she isn’t looking for a job. So I’m looking for a job – a part-time or a full-time job to help pay the property taxes,” she said.

As for not putting distance between herself and her daughter, she sees no choice in the matter. “She’s my daughter, and I do have unconditional love for her. She has nowhere to go. She has no income- — she would be homeless,” Mary said. In that case, she continued, her daughter wouldn’t be able to take care of her 10-year-old son. “So I wouldn’t do that.”

Even though Mary has opted not to take legal action against her daughter, she echoed elder abuse experts in emphasizing that outside intervention is absolutely critical to combat financial exploitation – even if it’s perpetrated by next of kin.

“If you don’t, it just becomes a quagmire. It’s like one of the sinkholes in Los Angeles,” Mary stressed. “It just appears out of nowhere, and suddenly you’re in the sink hole, and you feel hopeless – you feel like there’s no way out.

Michael O. Schroeder, a health editor at U.S. News & World Report, wrote this article, the first in a series, with the support of a journalism fellowship from New America Media, the Gerontological Society of America and the John A. Hartford Foundation.