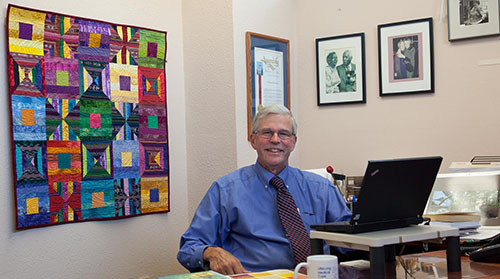 Posted at 21:50h in Health, News, Politics by RPadmin 0 Comments 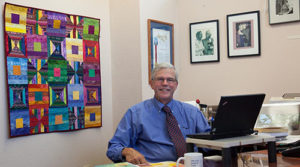 BERKELEY, Calif. – The healthcare bill introduced by House Republicans on Monday will cause millions of people to lose their health insurance, experts say.

Among the hardest hit will be low-income families, who will be forced to go back to the Emergency Room for their medical care, says Marty Lynch, executive director of LifeLong Medical Care, a 40-year-old Federally Qualified Health Clinic with 14 locations in the San Francisco Bay Area.
FQHCs like his — long the safety net for poor and undocumented families in underserved areas — are now bracing for the fallout from the planned repeal of the Affordable Care Act (ACA).

Around 5 million Californians were able to get health insurance thanks to the ACA’s expansion of Medi-Cal (California’s name for the health insurance program for low-income people known as Medicaid in the rest of the nation) and the federal tax subsidies the ACA provides for those who buy insurance through the online marketplace. The state’s uninsured rate dropped to a record low of 7.1 percent last year. The majority of patients who today access FQHC services have insurance either through Medi-Cal or Covered California, the state’s online marketplace.

Many of those customers could lose their health insurance under the new bill, called the American Health Care Act, which would change Medicaid funding so that states would be forced to choose Medicaid funding as a block grant or as a per capita cap. Health care advocates believe neither funding mechanism will cover California’s ongoing needs.

They have spoken out strongly against the bill. Carmela Castellano-Garcia, president and chief executive office of CaliforniaHealth + Advocates, observed that the new bill would abandon “our most vulnerable communities by rolling back foundational safety-net programs like [Medi-Cal] expansion.”
After California Representatives Mimi Walters, R-Laguna Niguel, and Devin Nunes, R-Tulare, voted to repeal the ACA March 9, Health Access Executive Director Anthony Wright said in a press release:

“It is stunning that Californians like Rep. Nunes and Rep. Walters voted for this bill, given the direct and disproportionate impacts on California and our health system.”

NAM interviewed LifeLong Executive Director Lynch about how his clinic would be impacted by going from ‘Obamacare’ to ‘Trumpcare.’

Has the ACA been a game changer for LongLife?
Oh yes, totally. Medi-Cal expansion and subsidized private insurance under the ACA have substantially increased our insured patient population. In 2013, [prior to the ACA] we had 25,000 insured patients. At the end of 2016, we had 59,000 patients. About 60 percent of our previously uninsured patients got coverage.

How are you able to draw primary care doctors to treat your Medi-Cal patients when the reimbursement rate for the program is so low, in fact, one of the lowest in the country?
Health care payment methodology for FQHCs is ruled by federal law. It’s a lot better than what doctors in the Medi-Cal network get in other health care facilities.

But our workforce is a big issue. We are experiencing a shortage of primary care doctors, like everywhere else in the nation, because more doctors are opting to become specialists.

So with more Medi-Cal patients coming to your clinic since the ACA, has your bottom line improved, and by extension, has that allowed you to expand services?
FQHCs received a financial boost under President (George W.) Bush. The ACA expanded funding further.

It definitely takes some pressure off to have more patients. With the extra income, we were able to open additional clinics in Pinole, Rodeo and downtown Oakland. We now have an urgent care facility in San Pablo. We have been able to hire more dentists and mental health care providers.

LongLife has also benefited from the federal government’s pumping of more money into the so-called Section 330 grants. [The 330 grant money gives qualified clinics the option of offering services that aren’t billable to insurance plans.] But this grant has to be renewed annually and with all that’s happening in Washington, the $4 million we should get under Section 330 is now not certain. We had planned to use that money to expand our Pinole center. Some of that money would have also been used to build a clinic in the City of Richmond, one which will have among other things a family care center, pediatric care, dental clinic and urgent care services.

So have you put all your expansion plans on hold?
We could be paralyzed by Trump fear, but we don’t want to let that happen. I am very disappointed with all the talk about repealing and replacing. Our community will be in a much worse place when it comes to accessing health care. They will be going back to the day when they resort to the Emergency Rooms to get their health care.

How is LifeLong preparing for the financial cliff that is likely to happen?
As a community clinic, we’ll adapt with whatever resources we have. But that won’t happen without patients getting hurt.