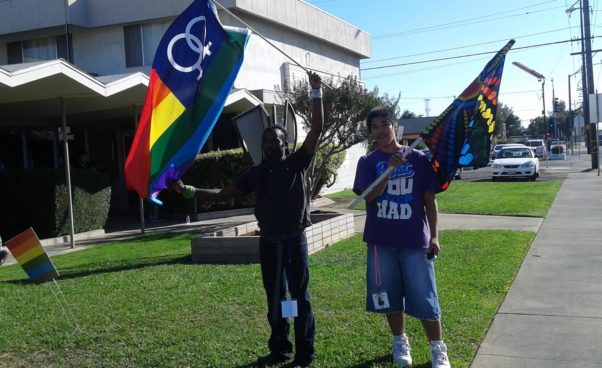 22 Mar Bullying Does Not End in High School

Posted at 23:28h in California, Youth by RPadmin 0 Comments 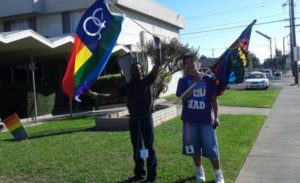 As an LGBTQ youth my high school years were quite difficult. Even though I was fortunate enough to have a very supportive family, my small-town school had some close-minded people who bullied me.

I was bullied each school year and even though I went to higher authorities multiple times for help, I was repeatedly given the same response: “Just ignore it. By you not paying attention, they’ll get the hint and stop.”

So that’s exactly what I did, but nothing changed. The bullying continued and the aggression got worse.

Bullying is a very serious matter not only in the youth community but also in the adult and LGBTQ communities. Bullying consists of not only verbal and mental abuse but can escalate into physical abuse which is never a good thing. Over time, bullying itself has moved onto the internet, like much of our lives, with harassment through social media and cyberbullying.

High school youth who are LGBTQ are bound to suffer bullying. According to The Trevor Project, the rate of suicide is four times higher for LGBTQ youth than non-LGBTQ youth.

I don’t think it’s entirely the new generation’s fault. Their parents raised their children to think being different is wrong, but my personal experience is that bullying is never the answer.

I was in my sophomore year in high school when I really began to start getting harassed and bullied in my school. One day, the school was having an anti-bullying awareness assembly and the guest speaker was a woman who went by the name “Sparky.” As she was finishing her introduction, she asked the crowd if anyone wanted to come down and state their name and say why they’re against bullying.

I rose my hand hoping I’d be picked — luck was on my side and I was chosen.  As I made my way down to the center of the gym I remember I was so nervous. As I was given the microphone my whole body was shaking.

I remember standing in front of half the entire school and saying, “my name is Nathan Lopez and I am gay and I’m against bullying.” The guest speaker stopped me midway and said I was very brave for sharing this and after she said that I remember everyone started applauding and cheering.

That day I wanted to make a change, so I stood up for myself. Unfortunately, I’m now 22 and I still deal with bullying. I still see bullying.

We need to change the way these situations are being handled in schools. Teachers need to intervene and protect their students. More resources need to be provided for victims of bullying. But what can really make a difference is for students to be willing to stand up for each other. I wish someone had been there to defend me and stopped the bullying I endured.