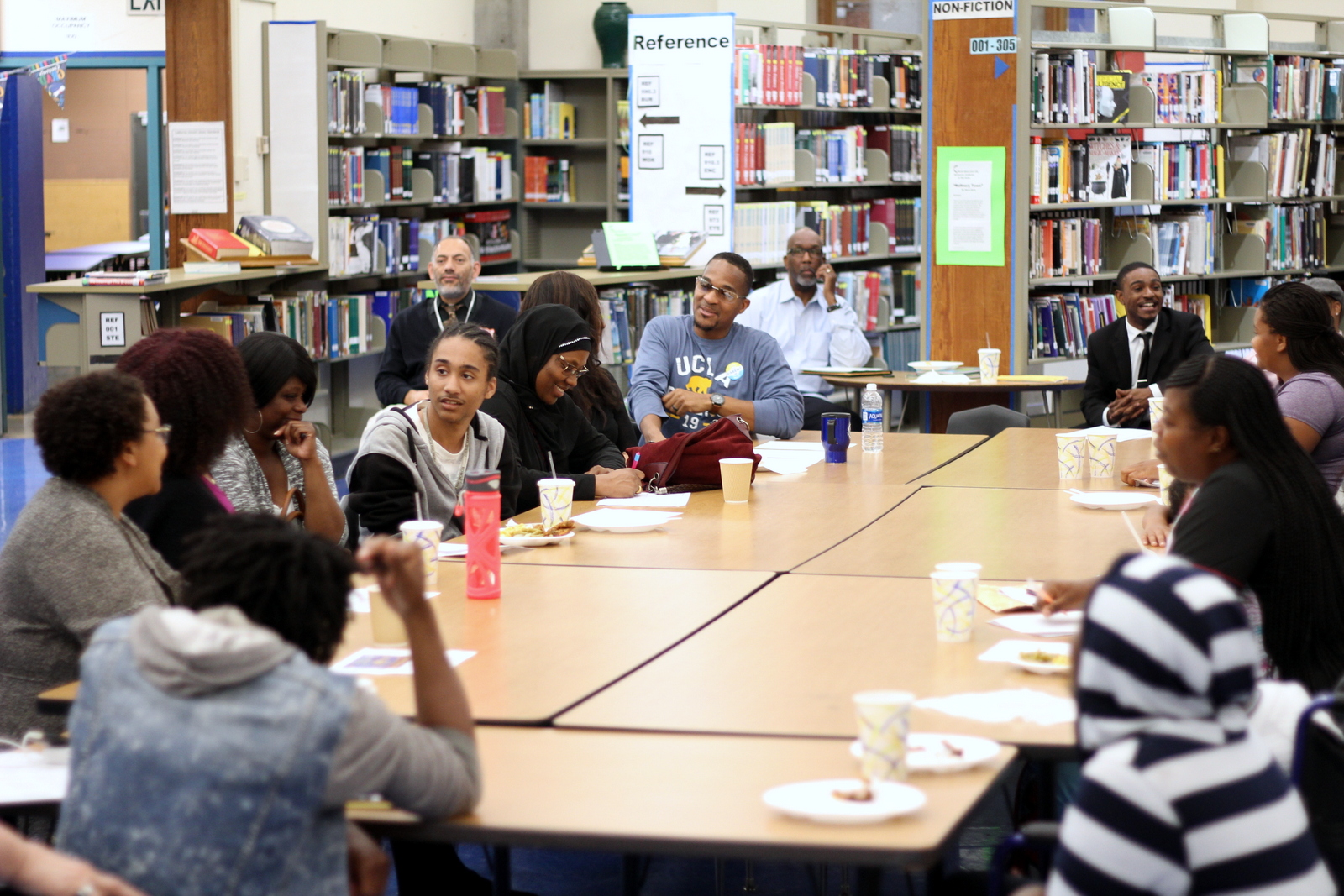 Posted at 03:48h in Education, Youth by RPadmin 0 Comments 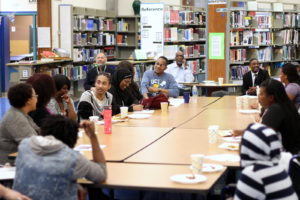 African-American parents sat down with UC Vice Provost for Diversity Yvette Gullatt this month to discuss different paths to enrolling in the University of California.

The dialogue is a continuation of efforts by UC President Janet Napolitano, who has identified increasing African-America enrollment in the 10-campus UC system as a priority.

“We want to hear from you. We want to understand what you understand,” said Gullatt, who leads the University of California’s office of diversity and engagement. “We want your children to come and be successful.”

What followed was an engaging, informative conversation between Richmond High African-American families and UC representatives.

Gullatt, along with Mecca Shakoor, coordinator of admissions events and communications, spelled out a clear practical vision for preparing and getting into the UC system.

One 12th grader in attendance with his mother expressed concerns about getting some low grades in his senior year.

Gullatt suggested that he talk to his teachers about opportunities for extra credit to help boost his low grades.

“What really turns the table is grades, and this is where parents can play a role,” explained Gullatt. “The difference between a D and a C is homework and attendance. A D grade may help you graduate, but it won’t help you get into college,” she said.

Even after getting into college, Gullatt said, seniors should keep up their grades.

“Staying on track senior year is really important. It’s important that you stay on a college track and maintain a strong course schedule and don’t slack off,” said Gullatt, pointing out that college admission is provisional.

But while grades are undoubtedly important, both Gullatt and Shakoor stressed that grades that are not the only thing that counts when it comes to admissions.

“At UC, we want students who are well balanced and contribute to the social fabric of the campus,” said Shakoor. Taking AP courses, participating in clubs and possessing leadership qualities are all important factors.

“The number of AP classes that African-American students take is so low,” Gullatt noted. “Just taking one AP class opens up so much for them.”

Parents also brought up the issue of cost as one of their concerns about thinking about UC as an option.

When paying for a college education, Gullatt advised parents to think of what it costs on paper versus what they actually pay — which could free parents from thinking they can’t afford it.

“Public education is subsidized in California, meaning that the state gives the university a certain amount to educate students,” she explained. “So you first and foremost are never paying the full cost because the state is giving you some of it as a resident of the state.”

There are many financial aid options available to families making less than $120,000, as well as grants based on income and need and federal loans options.

Taalia Hasan, executive director of Youth Service Bureau, brought up the fact that may students in the area want to go to UC Berkeley but are not able to get in, even with a high GPA.

UC Berkeley may be more difficult to get in than other UCs because it gets more applications for enrollment, Gullatt said. But she stressed that the UC is a 10-campus system and students should explore all of its schools.

Dwan Taylor, mother of Briyona, an 11th grader at Richmond High, said while they are considering UC as an option, she came to the meeting with concerns that getting into UC is “very competitive.”

“It was also important for my daughter to hear this from other adults besides me,” she added.

Demnlus Johnson, who leads the African-American Student Collaborative at Richmond High, said many students and their parents are looking to get kids into the UC system.

“The UC comes up a lot, especially for our high-achieving students. So having someone directly from UC come and express interest is really helpful,” he said.

Johnson said he believes the “open” nature of the conversation was beneficial for students and parents as well as faculty. “People were willing to express what they knew and what they didn’t know and challenge their own beliefs about UC,” he said.