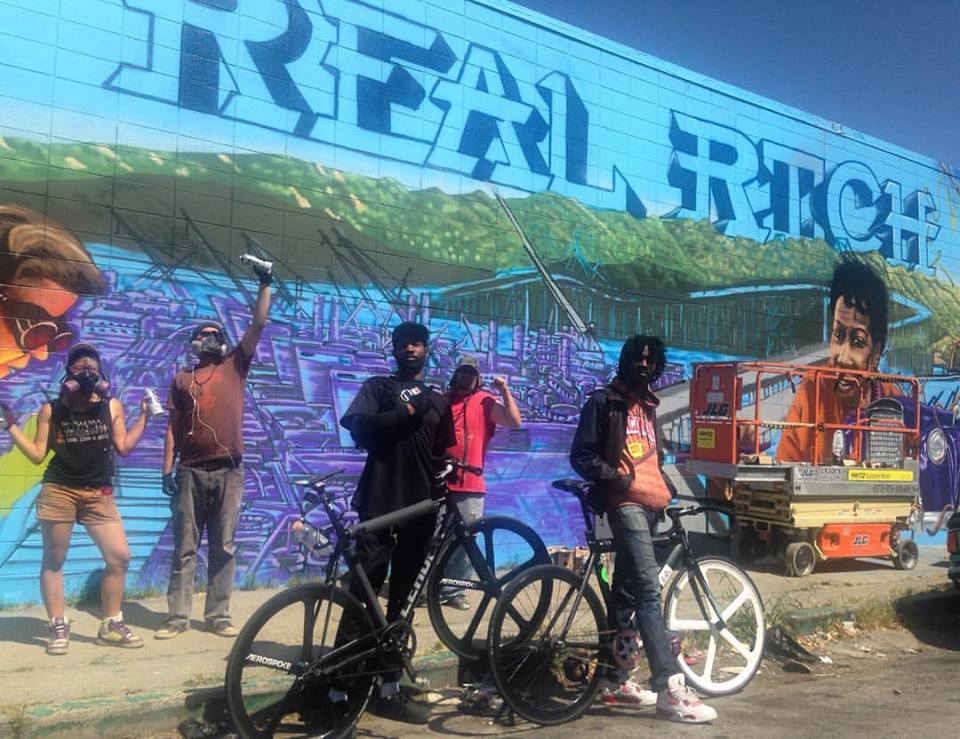 Posted at 18:53h in Uncategorized by RPadmin 0 Comments 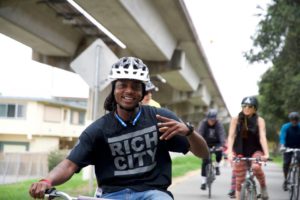 Learning to ride a bike is a rite of passage for kids, and Rich City Rides wants to cultivate that into a lifestyle.

The downtown Richmond bicycle shop is launching a bicycle club at Kennedy High School, one of several riding groups the staff has organized in recent years. Those who participate can earn a $200 stipend and a bicycle.

The goal of the club is to get interested students from Kennedy High to be more active, healthy and social.

“We also want them to see something different rather than doing the same thing every day,” said Amani Skinner, a senior at Richmond High who works at Rich City Rides and is coordinating the bike club. “We want them to engage with the outdoor environment.”

The Kennedy bikers will meet weekly. Rich City Rides will create a logo for them, along with social media pages and club T-shirts. Students will be invited to join community bike rides. They will also be able to play leadership roles, managing the club’s membership.

“We picked Kennedy because it’s a popular school,” Skinner said. “As soon as we went to Kennedy, we got a lot of engagement.”

Skinner also tried to start a club at Richmond High but said the students there weren’t as interested.

“It’s easier to work with kids who actually want it,” he said.

Najari Smith, owner of Rich City Rides, said the project is something they’ve been working on for several years.

“We’ve been interested in building bike clubs the last few years,” said Smith. “It’s way more fun when you can ride together.”

So far six kids at Kennedy have signed up, which exceeded Skinner’s original goal.

“This is about more than just bikes,” Skinner explained. “I’ve become a better person because of working with Rich City Rides. I’m more of a leader, it has boosted my social skills and helped me become more responsible. It’s also fun.”

The bicycle shop has formed a series of clubs throughout Richmond.

Rich City Rides sponsors weekly community bike rides, usually on Sundays. You may see them on Macdonald Avenue, the Richmond Greenway or exploring city parks. Bicyclists wear their helmets tightly secured and learn to safely share the road with motorists. They have even ventured across the Bay Bridge to Treasure Island.

The shop uses social media to keep members up to date. Smith hopes the Kennedy students will soon join the community rides.

Smith said they are now looking to start bike clubs in different neighborhoods, like Crescent Park and Pullman Point.

“And any school that is interested,” Smith said, “we’ll come and help them start a bike club.”