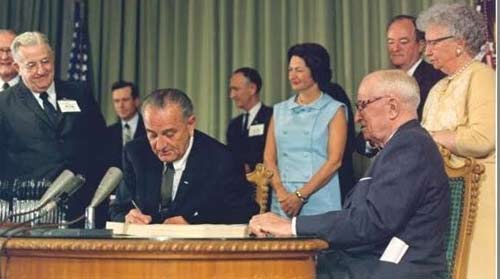 21 Jun GOP Health Bill—How We Got Into This Mess

Posted at 21:04h in Health, National by RPadmin 0 Comments 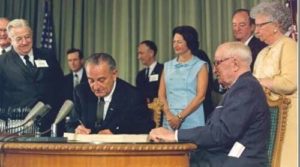 Amid all of the scoreboard coverage of the Republicans’ American Health Care Act (AHCA)—they have the Senate votes, they don’t have the votes, how many millions will be stranded without insurance—few lines of type have delved beneath the partisan debates as sharply as Christy Ford Chapin did in her New York Times op-ed June 19, headlined, “How Did Health Care Get to Be Such a Mess?.”

“The problem with American health care is not the care. It’s the insurance,” Chapin begins. Her essay comes on the eve of the GOP’s promised release of its secretive overhaul of American health care. But, while almost everyone agrees that health care in the United States is broken, neither the national media nor political leadership have added much to the public’s understanding of how basically flawed the system is, how it was destined to become so costly, while healing so few compared with health care outcomes in any other advanced economy.

Even Pulitzer Prize-winning author Paul Starr, co-editor of the progressive American Prospect magazine, was alarmed enough to warn that the Republicans’ behind-closed-doors drive to pass a bill before the July 4 break would go well beyond returning the nation to the pre-Obamacare era. Starr believes the bill could return the future back to before Medicare and especially Medicaid were passed in 1965.

Starr worries that congressional Republicans are not only acting to repeal President Obama’s Affordable Care Act (ACA), but aim to restructure Medicaid into a program with federal-budget caps so tight it would break down one of the principal Great Society health protections of President Lyndon Johnson’s War on Poverty.

Medicaid and the Medicare program have been fundamental to health care in the United States since 1965. Although Senate Majority Leader Mitch McConnell’s bill is only being unveiled this week, with a vote expected as early as next Tuesday, according to various media sources, the version that the House enacted this spring would virtually eliminate Medicaid’s stature as an entitlement program.

“Entitlement?” That’s certainly a reviled locution, but despite Medicaid’s many flaws, here’s what the Republican reversal of the program would mean to millions of people ranging from low-income rural kids to Native American health care providers to seniors in nursing home dementia units.

In effect, states would get a lump sum each year for their estimated number of low-income Medicaid recipients, and individuals would get a modest tax credit, instead of ACA’s subsidized premiums. The bill tells sick or injured people, “We’re so sorry you’re ailing, but federal funding is now so short that we’ve run out of money until next year. So, we have to say no, even though the old Medicaid program said your condition would have entitled you to the care you need.”

How did we get here? Starr’s Pulitzer Prize-winning book, The Social Transformation of American Medicine, which was just updated in a new edition, shows that unlike any other advanced economy, the United States instituted a small-business model of medicine that promised to preserve the autonomy of individual doctors—and hold government and corporate medicine at bay.

Chapin, author of Ensuring America’s Health: The Public Creation of the Corporate Health Care System (Cambridge University Press, 2015), picks up from Starr. A health-policy historian at the University of Maryland, Baltimore County, she writes, “Both parties have stumbled to enact comprehensive health care reform because they insist on patching up a rickety, malfunctioning model. The insurance company model drives up prices and fragments care. Rather than rejecting this jerry-built structure, the Democrats’ Obamacare legislation simply added a cracked support beam or two.”

So many convoluted compromises. Chapin explains that the American Medical Association, in particular, lobbied successfully to undermine effective models of care developed early in the last century in communities nationwide: “Unions, businesses, consumer cooperatives and ethnic and African American mutual aid societies had diverse ways of organizing and paying for medical care.”

As for a better way, she documents how 100 years ago, physicians established the particularly elegant model of a prepaid doctor group. Unlike today’s physician practices, this provided patients comprehensive, integrated care in one place, with treatments across medical specialties by doctors who met regularly to review treatment options for chronically ill patients and those with difficult cases.

About the only place in American medicine where that happens today is in better palliative care programs for the terminally ill.

In short, good old American know-how was working well a century ago.

But in the first half of the 20th century, the AMA became powerful enough to stop President Harry Truman’s universal health care plan and other public health funding efforts until Johnson took the national helm in the wake of President John F. Kennedy’s assassination. What Chapin encapsulates so clearly is the AMA’s rickety design “to keep the government out of their industry was to design a private sector model: the insurance company model.”

That model was economically dysfunctional from the start because, Chapin goes on, leading to convoluted workarounds that would eventually have insurance middlemen making medical decisions based on factors such as pre-existing conditions. The AMA’s insurance device was covering more and more people as the 1960s got underway, writes Chapin: “But private interests failed to cover a sufficient number of the elderly.”

Still, the entrenchment of so many private insurance interests was powerful. Although the medical association could not halt Johnson’s “Great Society” juggernaut, the Democratic Congress then structured the new Medicare program, Chapin wrote, “around the insurance company model.”

As for those who lack health care coverage, a decade ago President George W. Bush described (thanks to the U.S. Supreme Court’s previous decision) the U.S. default to necessary treatment. He stated, “The immediate goal is to make sure there are more people on private insurance plans. I mean, people have access to health care in America. After all, you just go to an emergency room.”

Medicaid offers a different kind of helping hand. It also passed in 1965, although with a more conservative and racist structure as a means-tested poverty program.

Each state determines payment rates and eligibility limits, although under important but minimal federal requirements. Under the current Medicaid rules, a state can add coverage levels or benefits over the basic federal limits, but once it does, it must provide that care to anyone who qualifies.

Hence the wide disparities between, say, more generous Minnesota and impecunious Mississippi. But even within a particular state’s limits, the Medicaid program can’t simply stop providing essential treatment to someone for, say, a stroke because the government hit a budget cap.

The flaws in Obamacare, which also revamped the U.S. health care system along private insurance lines, are deep.

The Commonwealth Fund’s Sara R. Collins told PBS’s Charlie Rose (June 19) that short of a major shift to another model, such as single-payer health care, ACA is about as good a health program as a commercial insurance-based model can get, with plenty of room for bipartisan improvements. That is, the kind of bipartisan cooperation we’re not likely to see soon.

Meanwhile, the nation’s health care future is up to the U.S. Senate.