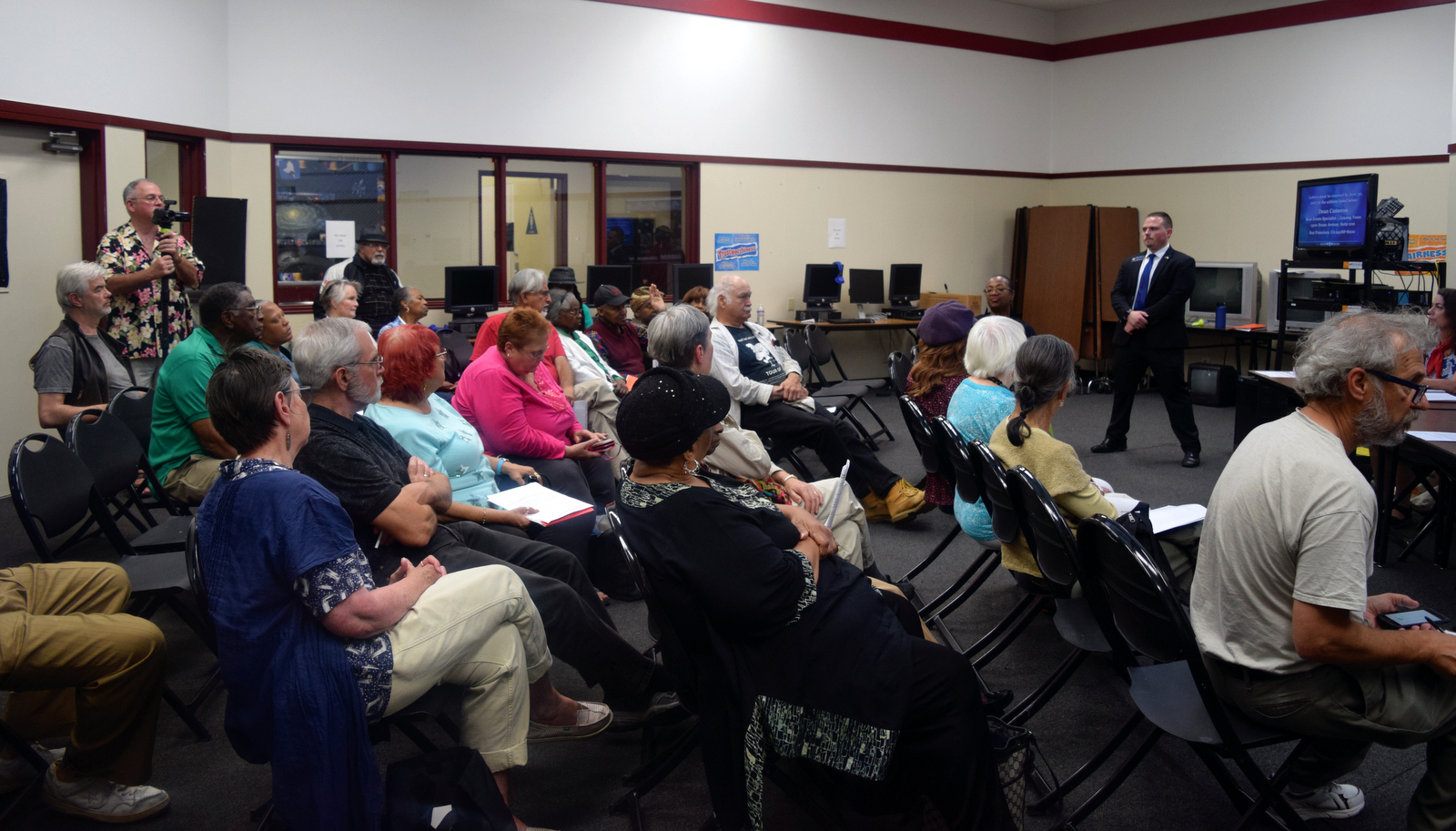 Posted at 15:49h in History, Neighborhoods by RPadmin 0 Comments 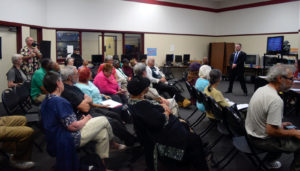 Built in 1938 as a result of President Franklin Roosevelt’s New Deal, the Richmond main post office is now at the center of a struggle between long-time residents and the United States Postal Service.

USPS wants to move its retail operations from the current location at 1025 Nevin Avenue to its detached delivery unit at 2100 Chanslor Avenue. At a recent town hall meeting, community members of different ages and ethnicities spoke in opposition to the proposed move, citing threats to safety and lack of public transportation as reasons for the Nevin office to remain where it is.

USPS reasons that the Nevin office is too large and is no longer financially viable. They say retail operations would not be affected by the move to the McVittie annex station, which is less than a mile from the Nevin office.

Facilitators of the Town Hall, held at the Nevin Community Center, noted that the relocation of retail services wasn’t an outright closure. But residents remained unconvinced.

During the comment portion, community members expressed frustrations and used the town hall meeting as a strategy session. Many were adamant about creating flyers and using social media to spread awareness to the rest of Richmond. Community organizer Joey Smith said that those who are not directly affected by Nevin’s relocation are a target group for anti-relocation organizers.

“For a few of the people, this is a convenient stop for them, yet they don’t know where it is,” he said.

Concerns about the new location ranged from lack of wheelchair access to neighborhood safety for vulnerable populations. Community activist Antwon Cloird claimed that relocating services like access to P.O. boxes and mail drop-off and pickup amounted to discrimination against the people of Richmond.

“That place is beat up…that’s where everyone in Richmond dumps their trash… It’s not safe for us,” he said of the McVittie location. “Tenth Street [the Nevin post office] is safe for our elderly community. I know a lot of the elderly people in this room. If they don’t have transportation, they can’t make it,” Cloird said with conviction.

A Richmond firefighter echoed his concerns.

“I go to more killings than I do fires, and in that area it’s just not cool to send our beautiful people down there,” he said of the McVittie annex. 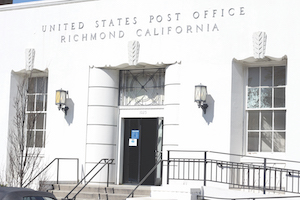 Unlike the May 31 public comment hearing at City Hall, USPS staff were absent this time. However, the Nevin community center’s room was filled with local residents. The concerned few also had the support of three local officials. Representatives for Supervisor John Gioia, Mayor Tom Butt, and Congressman Mark DeSaulnier facilitated the strategy session and presented letters of support from each elected official.

“The city of Richmond is advancing the revitalization of Richmond’s downtown,” Mayor Butt wrote, referencing the planned construction of 1,000 housing units and 60,000 square feet of retail space near the Richmond Bart station.

He also echoed the community’s concerns about accessibility for elderly residents and community members with disabilities.

“Few locations in the city are as accessible as the Nevin post office to such a great number of people. It is especially important to those who rely on public transportation,” Mayor Butt wrote.

All three officials agreed that the Nevin office was a piece of World War II history and is worthy of preservation and renovation if necessary. Town Hall attendees vented their frustrations about a lack of transparency between USPS and the community.

Doris Mason, the head of the Iron Triangle neighborhood council, said she is concerned that the window for community input is too slim.

“If there’s anything that totally impacts our communities…we need to be notified because we don’t really have enough time,” she expressed.

The “sold” notice was posted in January, and the public comment portion occurred more than four months after the original sign went up.

USPS is giving residents until June 30 to send in letters opposing the relocation to Dean Cameron, USPS’s real estate specialist.

Letters should be sent to: