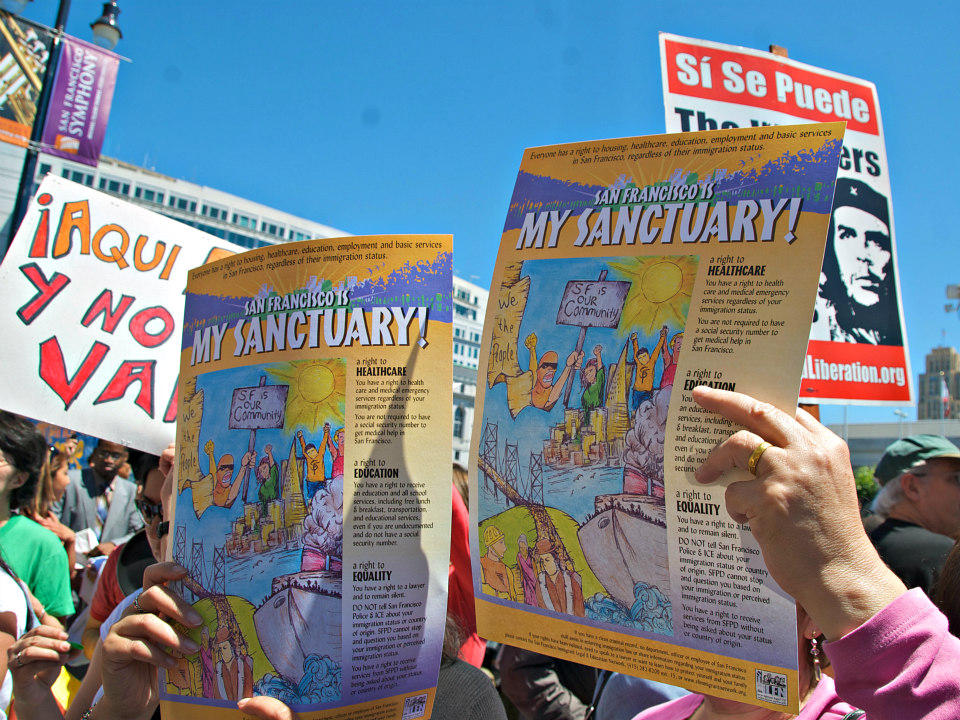 14 Jul With SB 54, California Would Be My Sanctuary 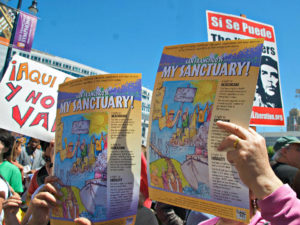 Ever since Trump took office, I’ve felt very uncertain of what my future holds for me. He promised to revoke DACA and deport every undocumented person in the country. And for the past seven months under the new administration, my whole family has just been waiting for news about our fate in the country.

With every public comment and statement, we have been paying close attention and waiting for a miracle, that we will one day be able to live peacefully in the country without fear of deportation.

A new bill being proposed in California would be a game changer for undocumented immigrants like me.

What this would mean for me and my family is that for now, we could go on with our lives, go to school and work and not fear being detained by immigration.

Many counties and cities in California already have policies in place that limit cooperation with U.S. Immigration and Customs Enforcement. Sometimes called “sanctuary cities,” these cities recognize that undocumented immigrants in their cities should not live with fear of deportation and should be able to feel safe in their own community.

But all of this depends on where you live. The California Values Act would change that, by making the rules the same in all cities and counties across California.

Those opposing the bill claim it could provide sanctuary to dangerous felons, and fear that Trump would follow through with his threat to cuts funds from California if the bill passes. However, the bill would not protect those convicted of felonies; amendments to the bill would allow sheriff’s deputies to report the release dates of serious and violent felons to ICE. Under the bill, law enforcement officers would be allowed to contact and transfer people to ICE, with a judicial warrant, if they come into contact with someone who was previously deported for a violent felony.

The Senate Appropriations Committee has determined it would take a one-time cost of $2.7 million and ongoing costs of $2.3 million per year for the state to develop compliance policies, provide training and outreach to state agencies and compile task force reports as required by Senate Bill 54. The committee has not been able to determine how much of a financial loss it would cost California if Trump’s promise to cut funding becomes a reality.

Supporters of the bill argue that it would make all communities safer. When immigrants are afraid of deportation, they are less likely to report a crime. Under SB 54, undocumented immigrants would know that police are not acting as ICE agents and they would not be detained for coming forward and cooperating with the local police. This is especially important in Richmond, where crime rates are high and police cooperation is low.

If SB 54 passes, the more than 2 million undocumented immigrants residing in California would not be afraid to go to school, work or walk around in the state they call home.

What this means for me as an undocumented student is that my city and state have my back. They understand that I am not a criminal for being in the country illegally. They understand my struggles and fears. This bill would make me feel safer in California, without fearing that I will be detained by an officer when my family and I have done nothing wrong.