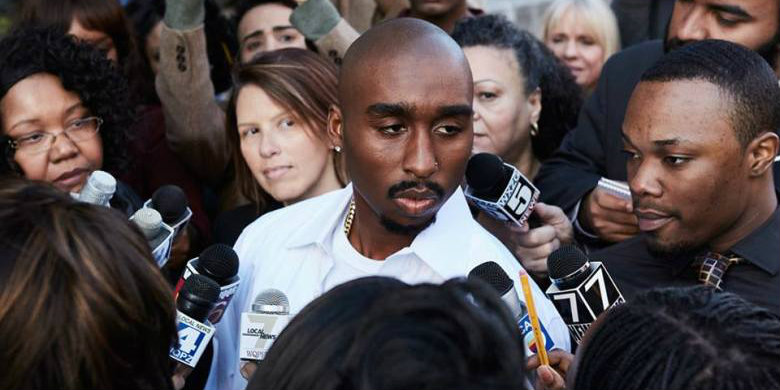 17 Jul Tupac Movie Has a Message for Today’s Generation

Posted at 00:30h in Arts and Culture by RPadmin 2 Comments 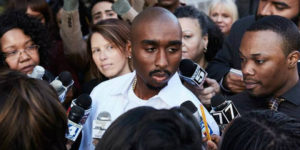 The new film “All Eyez On Me” is about the intersection of civil rights and hip-hop.

Produced by ‎L.T. Hutton‎ and directed by Benny Boom, “All Eyez On Me” tells the life story of hip-hop icon Tupac Shakur. It follows Tupac’s journey and his music and acting career from New York to Baltimore to California. The movie reveals the raw, outspoken personality and values of the late rap icon.

But to me, the movie is also a message to the African-American community today, reminding us that we have yet to earn true freedom. Like Tupac’s stepfather Mutulu says in the film, “You must stand for something, live for something and be willing to die for something.”

The film shows many stages of Tupac’s life, including when he was arrested in Oakland for jaywalking in 1991. This scene reflects inevitable situations today where people of color are profiled, judged and targeted because of the color of their skin.

“America is the biggest gang there is,” Tupac says in the film.

He then goes on to say, “After so long, people reach a level of hunger where they will not ask anymore. They will take.” He then asks the interviewer, “What do you think we are going to do?”

Tupac knew that as a result of his skin color, he was seen as a threat to society. So he made it loud and clear that he would not be silenced. He would be the voice of the ghetto and the unheard, bringing light to every struggle.

In one scene in the film, a man approaches Tupac with hate and Tupac replies with truth and knowledge — giving the hate and negativity no power to overrule, manipulate or misguide him.

It’s an important message for people of my generation.

While my generation seems to be focused on things – from fidget spinners to iPhones – I believe our focus should be on ideas and making connections. Because a lot of people are not taught to think critically, we fall for the tools that are given to us to destroy ourselves. We are given these tools to self-destruct for a reason: People are afraid of what we can accomplish, how we can transform and shift things.

I like Tupac’s music because it is raw and a reflection of reality. I’ve always admired Tupac for his messages and powerful statements. One of my favorite quotes from him is, “Support the real, not the fake.” To me, it means we should pay attention to the lyrics and actions behind every artist and come to our own conclusion.

“All Eyez On Me” reminds us of our power as well as the battle we are up against.