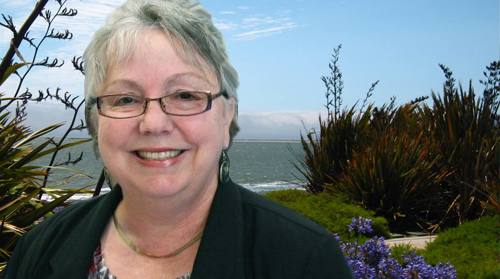 Posted at 20:13h in People, Politics, Women by RPadmin 0 Comments 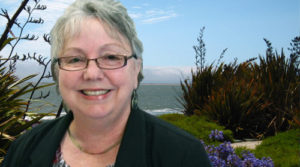 Richmond City Council has entered a new era without Councilwoman Gayle McLaughlin. The former mayor stepped down on July 18 to focus on her campaign for lieutenant governor of California.

McLaughlin, who says she wants to “take back the capitol for the people,” will be running against a batch of candidates including California State Sen. Ed Hernandez and Pakistani-born doctor Asif Mahmood in the 2018 election to replace Gavin Newsom.

A founding member of the Richmond Progressive Alliance (RPA), McLaughlin is internationally known for her two consecutive terms as mayor of Richmond in 2006 and 2010 as a registered Green Party candidate.

She relocated from her hometown of Chicago to Richmond with her husband in the early 2000s. It didn’t take long before she became involved in local politics.

McLaughlin was first elected to the Richmond City Council in 2004, then as mayor of Richmond in 2006. With the new title, she took on one of the most pressing tasks: fixing Richmond’s reputation. Richmond is far from being crime-free, but its place on the list of Most Dangerous Cities in America dropped significantly during her terms. The city also became known for its grassroots organizing.

“Gayle’s role is absolutely essential to local movement building, public policy initiatives, and transforming the way that the mayor’s office operated, and encouraging other people to [pursue] city government in elected and appointed roles. That’s definitely part of her broader legacy,” explained Early.

“She shook up Richmond’s defeatism, the long-term prevalent fatalism that told us for decades we could not live better,” said Juan Reardon, McLaughlin’s campaign manager. “She led the progressive transformation of Richmond.”

McLaughlin and Reardon met in 2003 shortly after McLaughlin wrote a letter to the editor of West County Times about California gubernatorial candidate Peter Camejo, who was another Green Party politician. Together, they worked on social issues including decriminalization of homeless people and rights of day laborers. McLaughlin and Reardon, along with several other Richmond residents, went on to found the Richmond Progressive Alliance around the same time of McLaughlin’s first campaign.

In the 2016 election, RPA helped secured a supermajority, with five out of seven council members operating as corporate-free progressives.

Richmond Progressive Alliance and McLaughlin are nearly synonymous. However, the councilwoman is also lauded for her willingness to work with others in the interest of the people.

She gave up Green Party status to vote for Bernie Sanders in the presidential primary election as an independent voter—a move that signified her commitment to work for the people regardless of political differences.

Mayor Tom Butt speaks highly of McLaughlin but cautions giving credit to RPA for Richmond’s transformation in the last decade.

“One thing Gayle and the RPA are truly good at is getting elected. They are also good at taking credit, whether they earned it or not,” wrote Mayor Butt in an email to Richmond Pulse.

He noted that City Manager Bill Lindsay was the one who selected and hired former police chief Chris Magnus. Part of the city’s transformation was its reduction in homicide, an accomplishment attributed to the community-policing model implemented by Magnus.

Despite tensions between RPA and Mayor Butt, who succeeded McLaughlin in 2014, the two were able to find common ground and allies in each other during her tenure.

“At the end of the day,” he said, “McLaughlin and I have agreed on about 95 percent of public policy issues that have come before the City Council.”

Meanwhile, some residents wonder whether McLaughlin’s resignation from city council is really beneficial to the city or is simply a strategic move to keep RPA’s supermajority.

“I’ll miss Gayle personally, but right now on the City Council, I see her more as one more RPA vote, rather than an independent vote,” said Ellen Seskin, a Richmond resident.

“By leaving when she does, the council will have to choose her replacement before the election,” she said. “The RPA has a solid majority on the council, and they want that majority to first appoint Gayle’s replacement, certainly another RPA member, and still have a majority to choose Jovanka [Beckles]’ replacement, should she win.”

Beckles, another RPA council member, is running for California Assembly in District 15. She and McLaughlin are part of a growing trend of progressives seeking higher positions of office. Former presidential candidate Bernie Sanders is an inspiration, but RPA’s model of organizing has been a driving force for many.

Richmond resident David Schoenthal was appointed by McLaughlin to the Richmond Economic Development Committee. Schoenthal says that while he appreciated her focus on fighting for the less fortunate, he also saw her as someone whose ideological interests often superseded core issues of fixing services or jumpstarting economic development.

“I appreciated her willingness to step up and work on important human rights issues,” he said. “I would have liked her to focus more specifically on infrastructure and economic development for the long-term future.”

Progressive political circles around the country have touted McLaughlin’s work with RPA and the city council as the “Richmond Model.” The model emphasizes political campaigns run by grassroots organizers with the goal of creating a sustainable progressive presence in local government.

Her campaign began with a 10-day road trip through Southern California, to spread the message of the “Richmond Model” and work with Californians to get corporations out of politics.

An earlier version of this story incorrectly stated that City Manager Bill Lindsay was hired by then-Mayor Gayle McLaughlin. Lindsay was in fact hired before McLaughlin was a member of the Richmond City Council.