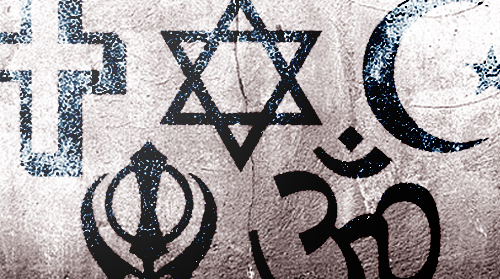 21 Jul What Do You Believe In? Young people weigh in on issues of faith

Posted at 19:37h in Youth by RPadmin 0 Comments 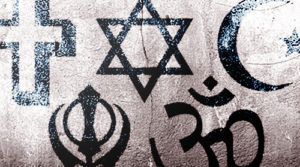 EDITOR’S NOTE: Young people talk about their personal faith and what they believe in.

What Kept Me Going

I believe in God and with that faith I have been able to have the strength to continue on. Although I am only 15 years old, I have faced and defeated many difficult obstacles. My faith was what kept me going through it all.

During a period of time in my life when I was depressed, every time I felt like I needed to give up, I had this bit of hope. I actually had little faith that things were going to get better, I just needed to fight through it and trust in God. Little by little, things started to get clear and my faith grew stronger in God. Soon my faith expanded and now I know that I can overcome anything if I have faith in God.

In order to strengthen my faith, I would pray to God about it. That is something I would pass down to my children. To teach them how to trust in God. In the end, having faith in something else is what keeps us going somehow. That little faith that things will get better is within them.

I was raised Evangelical Christian by my Salvadoran mother. At five, I was singing hymns in front of the church with my twin brother.

I started drifting away from religion once English became my primary language. It took an extra effort to translate, comprehend, and communicate with Spanish-speaking hermanos y hermanas de la iglesia the principles of God.

My mother was a refugee from the Salvadoran Civil War, and was one of the first in her family to migrate. Becoming a member of the Evangelical church gave my mom a space for healing trauma, community building, and cultural practice. For her three sons, it gave us an alternative space from the streets of Richmond — until we stopped accompanying her.

After learning the history of the Americas, you realize how the system of churches and marriages is used to reinforce racial hierarchy and male dominance. Columbus and Cortes came to “save” us. The details of this “salvation” are violent, gruesome, and abusive. The Spanish brought the idea of women as property through the hacienda system and can still be seen through machista culture and marriages. I am probably a product of Spanish and indio mixing from many generations ago in Central America, but after violent campaigns throughout generations, the indios were forced to assimilate, changing their native names into Spanish names.

I am part of the population in my generation that is slowly losing faith in traditional religions.

Islam Is the Roof Over My Head

I did not come to my faith because my parents were Muslim. (They are.) I did not come to love the Prophet Muhammad because I’m taught to do so. I do not envy the companions of the prophet because they gained paradise on a silver platter. (Far from it.) I do not wear the hijab because I am forced to. I chose out of my own will.

I am a proud Muslim, but not because it’s a title I inherited.

As a troubled, rebellious American teen, Islam became the roof over my head from the chaos of the world. It helped keep my head high and my courage strong when Islam was considered Ebola before Ebola. It became dear when after every attack to demean Islam left my head pounding with question, yet, the same faith allowed me to demand answers.

One answer led to other questions. More answers meant even more questions. I learned about the condition of Arabia before the prophet. I read about the life of the prophet. I heard narratives of bravery and courage of the companions. I laughed because they struggled with same awkward problems I do today. I cried because they sacrificed so much more than I ever will to educate, teach, preach and empower people with their rights.

I believe in Islam, the true religion of the prophet. Not the cultures or traditions that have adulterated most of the Islamic world today.

I Don’t Need Religion to Have a Fulfilled Life

I think the universe is too vast to believe that there isn’t any form of higher being out there. However, I have never felt as if I needed religion to have a fulfilled life.

To me, it seems as if religion is a comfort mechanism that people exercise during difficult times. People rely on a higher being to give them the strength to continue fighting whatever battle they need to overcome. Some religions provide a doctrine to encourage good citizenship. But I have never felt the need to abide by a book or by the rules imposed on me by a religious institution to be a benevolent person.

An “agnostic” is someone who admits they have no idea how the universe originated. The word itself derives from the Greek agnostos, meaning “unknown” or “unknowable.” For now, I’ll stick with “unknown” and allow the possibility that the universe’s origins may one day be knowable.

I Am That I Am

I am. I am alive. I am a journalist. I am a human. I am a soul. I am living. I don’t have a religion. However, my past experiences have left me yearning for spirituality. For many years I studied the Bible and followed an Independent Baptist doctrine. The church, my church, takes the Bible literally. I understand it to be a myth, the collection of thousands of stories that explain supernatural phenomena.

Since the very beginning, man has searched for a meaning. History shows us all the revelations man had towards gaining nirvana, passage to heaven, enlightenment or an elevated state. Documents, scriptures, books, drawings, temples, music, dances, cultures, lifestyles and even pyramids show us what people before us believed in. Their beliefs explain many of their actions.

My faith is how I live. In old Aramaic and Paleo-Hebrew, the scriptures place a tetragrammaton consisting of four letters, YHWH. YHWH is translated into, “I am.” Moses once asked God for his name. God said, “I am that I am” (Exodus 3:14). Many have said his name has power. I believe it. Whenever hard times come, I remember.