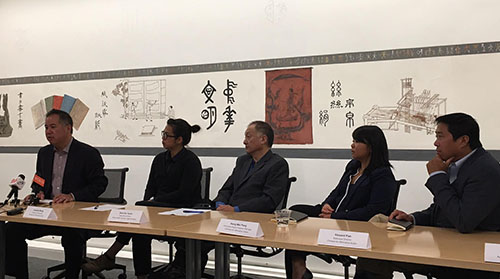 Posted at 21:31h in Immigration by RPadmin 0 Comments 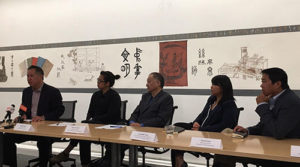 The Trump administration announced its support of the bill last Wednesday, the same day it announced its plan to challenge affirmative action programs in private universities.

The issues may be different, but, “The rhetoric is the same,” said Annette Wong, program director of Chinese for Affirmative Action (CAA) in San Francisco. Wong, who moderated a press conference at the organization’s headquarters here, said both announcements use “fear-mongering to promote policies based on exclusion.”

“It’s noteworthy that we’re talking about immigration and affirmative action at the same time,” said Vincent Pan, executive director of CAA. “The establishment of affirmative action programs,” he said, “and the overhaul of immigration to end the exclusion of Asians, were both a result of the 1960s civil rights movement and its dream of a more egalitarian society.”

The RAISE Act, introduced by Sens. David Perdue, R-Georgia, and Tom Cotton, R-Arkansas, would cut legal immigration by half over the next decade. It would create a skills-based point system for employment visas, eliminate the diversity lottery, eliminate the preference for family visas for extended and adult family members, and cut in half the number of refugees.

The immigration bill already has been criticized by those on both sides of the aisle.

Sulma Arias of the progressive Fair Immigration Reform Movement (FIRM) said the proposed legislation is a sign that, “Once again, White Nationalists are pushing their ethnic cleansing agenda.”

“This is, plain and simple, a racist set of policies coming from the Trump administration,” said Dean Ito Taylor, executive director of Asian Pacific Islander Legal Outreach. “It’s almost like they sat around and said, ‘How can we [get rid of] all these Asians and Latinos coming to the country?’”

FWD.us, an immigration advocacy organization founded by leaders in the technology industry, said the bill “would severely harm the economy and actually depress wages for Americans.”

Alex Nowrasteh of the conservative CATO Institute wrote that the proposed legislation would not increase Americans’ wages and could not even be used as a bargaining chip since it has “no chance” of passing.

“So much for the talking point that immigration hawks are ‘only against illegal immigration,’” he wrote.

The proposed legislation represents a stark departure from the country’s family-centered immigration policies.

Assemblymember David Chiu, D-San Francisco, called the immigration bill “un-American,” noting that by preventing families from coming to the United States, “it will end the historic pathway to citizenship for hundreds of thousands of people.”

“As APIs [Asian Pacific Islanders], we shouldn’t fooled that [the administration’s anti-immigrant rhetoric] is just about undocumented immigrants,” said Pan. “Cutting legal immigration in half – that would decimate the Asian American community.”

“Republican officials are exploiting that frustration,” said Pan. “We should not be fooled.”

Meanwhile, Hong Mei Pang, immigrant rights program manager at CAA, cautioned families not to panic. The immigration bill is only in its introductory stages and has not passed. San Francisco remains a sanctuary city. Families can take steps now to plan for the future, she said, including applying for U.S. citizenship if they are eligible, going to a qualified immigration attorney to see if there are other forms of immigration relief they may qualify for, and avoiding scams and immigration fraud. Chinese for Affirmative Action also has a hotline immigrants can call if they need help: 415-761-3222.

For information about other organizations offering immigration assistance and legal screenings, go to the San Francisco Office of Civic Engagement and Immigrant Affairs (OCEIA) at: https://dacasf.com/getting-started/legal-aid/.