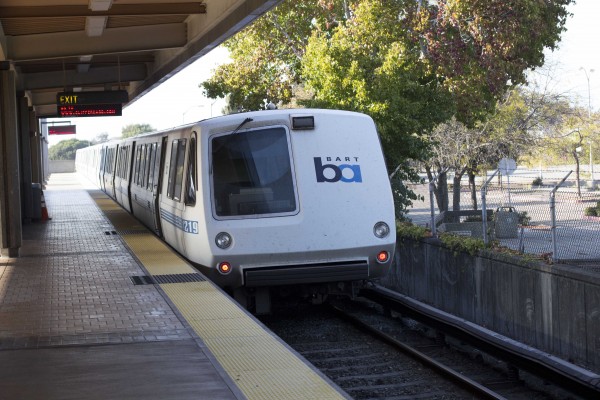 14 Aug ‘Safety, Cleanliness and Drama’ – What Riders Would Change About BART

Posted at 02:01h in Uncategorized by RPadmin 2 Comments 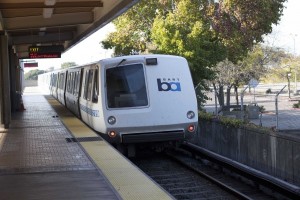 EDITOR’S NOTE: In light of news reports of crimes and assaults taking place on BART trains and at stations, Richmond Pulse asked five East Bay residents, ages 18 to 66, what it’s really like to ride BART these days and what changes they’d like to see. Here’s what they had to say.

BART is an essential part of my life. I grew up riding BART. When my family would want to make it out to San Francisco, our mode of transportation was trains. As I grew older, I would take it to get to my college and career destinations. It became such a routine that it was easier to get a clipper card. It got me from point A to point B with ease.

After a time, it’s gotten harder to ride BART. The prices went up. As a student, I couldn’t afford to ride the trains as I once used to. I realized that it was cheaper to take my car.

I also realized that it’s not as safe as it once was.

One time I was harassed by a passenger. Although it is something that I have experienced before outside of BART, I would rather not feel uncomfortable while on my way to meet my friends. It’s outright embarrassing. Luckily there was another passenger who saw as the perpetrator tried to get handsy and told him to stop. This guy saw my discomfort and offered me the seat next to him. I urge BART to pay attention to situations like these.

I recently stopped taking BART as much as I used to. I was an avid rider out of necessity but now what’s the point? I see people every day skip the fare. And then they do things like smoke both cigarettes and weed on the trains. There’s smelly people on the trains. I don’t want to encourage discrimination but there should be some type of cleanliness standard to ride BART. Like animals shouldn’t be able to sit on the seats.

And now you can get pepper sprayed while waiting for transportation? That’s unacceptable.

BART is about $10 round trip from my house to SF. I’d rather pay the extra money and take an Uber. Mostly because of the safety issues and drama on the trains, and at least the illusion of cleanliness in an Uber. If something like crime or assault happens in the Uber, I will have a record of who was in the car as opposed to BART, where it’s always “suspects at large,” or the person is never captured.

Plus I can charge my phone in the Uber.

I heard they’re going to increase police presence in the BART stations. They should have done that 10 years ago. There’s no reason you don’t have a cop at every station in the system right now.

‘It used to be beautiful, clean and pleasant’

I grew up in New York and for me public transportation is the same thing as breathing. It’s something that you do. You shouldn’t have to have a car to get around. When I moved to California it was great to have public transportation that you could take across the Bay and all up and down, and it was beautiful and clean and pleasant.

Now, it’s actually not any of those things, and it’s expensive.

I moved to Richmond in December. Whenever I get onto BART or exit BART I see people who are gate jumpers. They walk through the emergency exit or they go behind you as you’re exiting. It creates an atmosphere that nothing matters, that you can do what you want and when you walk into the station, there’s trash and just filth, grime.

I don’t feel safe. Part of that is because of this atmosphere that starts from the minute you get to the station. When people are jumping the gate, you wonder what else they’re likely to do. It sort of steps up a response in your body about what might happen.

One of the things that I have seen a lot in the last few months, and it’s not just Richmond BART but it’s a reflection of our economy, is that people who are unsheltered or homeless basically live on BART and sometimes unfortunately they really smell so badly that you can have a car that’s really full but the smell is so bad in one part that there are empty seats around this person.

One change I would like to see is people who work for BART actually make eye contact with you, actually seem to care about the safety and cleanliness of the experience of riders. At Richmond BART, every time I’ve tried to get somebody’s attention about something, they literally look the other way. There should be somebody there who’s willing to talk to you. The station should be kept clean. The front of the station where apparently there’s some territorial dispute about whether it’s supposed to be patrolled by BART police or City of Richmond police, that should be clarified and it should just be patrolled.

‘BART isn’t safe for a young woman like me, traveling alone’

“Be careful and pay attention to your surroundings,” are the last words my mom says to me after dropping me off at the Richmond BART. I close the passenger door and brace myself for an adventure because you never know what you’ll see or who you will encounter.

BART isn’t safe for a young woman like me traveling alone. My heart beats fast as I struggle to put my money in the machine as fast as possible so I don’t have to stay there much longer. As I get my change, my hands shake as I feel the stares from a group of men lurking behind me. I try to remain calm. As I step onto the platform I feel relieved to see a mother and her child and a girl that looks my age. I’m just trying to visit my friends and have a good time but while doing so I risk my safety.

The ride to Berkeley is peaceful but I still feel on edge. The guy across from me keeps staring at me. I don’t know why but I fear that at any moment he will come lunging at me. There isn’t a security guard to protect the area and I just want to get to my destination. Once the door opens, I walk rapidly and try to loosen up. I try to avoid the homeless people and meet up with my friends.

The ride back home is uneasy because now I have to wait for my mom to pick me up. So I sit on a bench outside the Richmond BART where a guy eyes me from afar for about 20 minutes and then decides to walk up to me and ask for my number. Hesitantly, I say, “Sure,” because I have to think fast, but I give him a fake number. I’m scared that if I say no, he will try to harm me.

When I see my mom’s car, I feel a wave of relief.

‘I was one of those clowns on BART’

When I think of my experience riding BART, I visualize the train, the smell of homeless people, urine, cigar smoke, teens playing rap music and performing dance moves. I also see the businessmen, coffee and tailored suits. It all depends on the time of your train. Early commuters and afternoon strollers. People who have jobs and others who have no destination at all. You get a little of everything riding BART.

For the most part, I felt pretty safe. You have cameras on each car, vigilant train operators and police at each station. The problem is, you have thousands of people, thousands of behaviors, attitudes and mentalities. You can’t control every situation and sometimes people come on the train with different intentions.

Unfortunately, I was one of those clowns on BART. Rolling joints, puffing on the train and drinking beer from SF to Pittsburg. I had some good times riding BART but sometimes, I knew it made others uncomfortable. People would get on the train, complaining about smoke, cloudiness and the smell. I guess I never considered anyone else, nor did I think my behavior was offensive.

In my early twenties, I was pretty wild. One drunk night led to me being arrested at the Ashby BART station. I entered the station with an open beer, walked through the emergency exit without paying. Within five minutes, BART police approached me, asked to see my ticket and to pour out my beverage. I refused, became combative and then was arrested. The next day I was released and told to stay away from BART. I knew then, that my BART days were numbered. I eventually bought a car and stopped riding BART altogether.

At the time, BART fare was reasonable, but over the years it’s gone up. It costs $10 a day to commute from Pittsburg to SF. That’s just ridiculous. I could put gas in a hooptie and still come out better than that. So for me, it’s a financial strain and a greater chance of incarceration. I’m sorry but I’m done with you, BART.